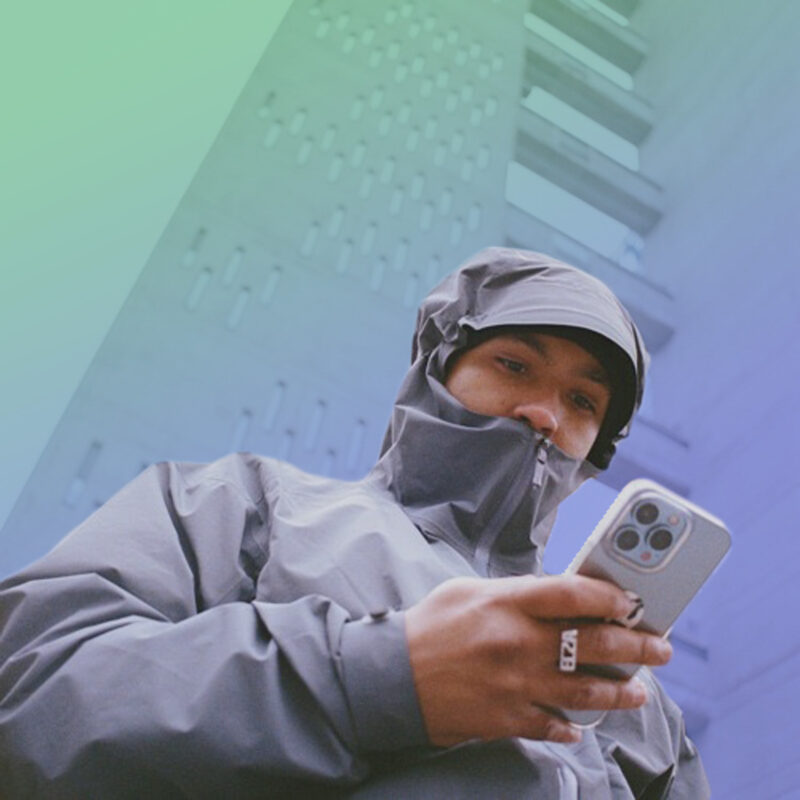 With his label ec2a, Bristol-based Dr Dubplate is focused on bringing the best in underground dance music and culture to the forefront.

The label recently started Twelvez, a series of releases showcasing what the label is all about.

We caught up with Dr Dubplate, who told us all about the label and what he has planned for the future as well as becoming a Rinse resident, growing up in the legendary Plastic People and dubplate culture as a whole.

Can you tell us about the Twelvez series and why you started it?

Some of my favourite records I own are on your classic 12” with one track on either side. Cut to 45rpm and sound unreal. That was the main inspiration behind the Twelvez series. Music is consumed so quickly these days that I feel like less is more, weirdly.

The first release is Warlord by Daffy & Dominus and Riko Dan. Did you always want to start Twelvez with such a strong release, and are you excited that it’s out there now?

Yeah, it always got come heavy. When Dominus initially messaged about the tunes, I was intrigued because I thought, what a great idea to have a 140 track with a proper London vibe, whereas the Soul Mass Transit System Speedy G/Bassline remix screams straight up Northern vibes. I just think it’s a wicked contrast.

What have you got coming up from your label ec2a for the rest of the year?

We’ve got TWLZ002 with Coco Bryce & Breaka coming straight after summer around early September, and that’s without a pre-order too. We also have OPM004 from DJ Swagger and OPM005 from Etch, which vinyl time frames have massively delayed, but they’ll be out towards the end of the year. Besides that, a ton of dubplates as per usual!

What have been the highlights so far from running the label?

The biggest blessing has been all the incredible people I have met along the way. There have definitely been some bucket list moments, such as the Fabric Room 3 takeover and starting my Rinse FM residency. I’ve dreamt of doing these things for so long I just feel incredibly humbled to get the call-up.

Yeah it was absolutely incredible! This was the first time I had seen the new Room 3, and it suited the vibe perfectly. Mumzy was in the cut, and I had so many mates there it made it so memorable. It was also super special to me because I was able to invite Main Phase, Bluetoof and Ansza, who were all there from the inception of ec2a.

Have you got plans for more ec2a nights this year?

Yep, I’ve got two big ones in Bristol at The Island, which has to be one of my favourite Bristol nightclubs. It’s got real character, and it suits the ec2a reference down to a T! I Also got another date with 23 Degrees in Manchester, which is quickly becoming one of my favourite cities to visit in the UK.

Will you be doing more of the Dubplate Collections releases in the future?

Of course! Trying to be a bit more selective these days and make all of the releases a bit more special, especially now that the label is starting to grow and push a lot more fully original/full releases. But for now, as long as ec2a is around, we’ll always be putting out dubplates!

You’ve just been made a resident at Rinse. How excited about that have you been? and can you tell us about your residency?

This is what I’m saying. This was another bucket list moment. Been telling myself since I was 16, “one day you’ll be on Rinse, don’t worry, one day”, so now that day is finally here, I feel incredibly happy to be part of the Rinse family. The line up is also incredibly stacked… When I was messaged about joining, I was completely unaware of who else was entering, so I was just as surprised as everyone else!

You’ve just been announced for the Glastonbury festival. Are you excited to be playing there?

This is my 2nd time playing at Glasto – still, such a blessing though, don’t get me wrong! The first time I played was back in 2014 or 2015, playing for one of the smaller stages in the Glade area with Harri Pepper, Admin & Facta. Having said that, playing with Breaka and Bakey for Shangrila on Thursday will be vibes and I’m very gassed.

What other shows have you got coming up?

El Dorado, Bass Fest, Reload, Love Saves The Day, Fabric (super big one) and a few other bits in between.

Which sets that you have done are the most memorable for you?

The set for Keep Hush straight after lockdown 2021 with Zac (Interplanetary Criminal) has to be up there. It was mental; everyone was buzzing for it! The weather was 10/10, I literally couldn’t have asked for anything more.

Your dad ran the legendary Plastic People, what are your main memories of the club?

Did you get to play and learn how to DJ at the club?

It wasn’t until I was at Uni I learnt how to DJ. So for most of my time spent at the club, I didn’t use the decks as I had no idea what to do. I did random shifts here and there whilst I was at uni tho, so whenever my dad needed a hand, I’d do my shift and once we had cleaned the club and he was cashing up, I’d hop on with my CDs and get a little one in!

Did you realise at the time just how important the club was?

Yes, of course! My Dad always made sure of it… I knew the club was a proper institution, and as I started to spend more and more time at the club, I really started to notice the community is brought together. Whether it was FWD, Co-Op, Theo Parrish or Floating Points residencies… You would always see the same heads in attendance, and a lot of those people have gone on to do mad things, respectively! People would always speak so highly of it and the vibe, you know, it’s hard to ignore that.

What nights and sets can you remember as being extra special?

FWD was my favourite as I got into dance/bass music through Dubstep and Jungle, so I always felt like it was the music I understood the most.

Theo Parrish is playing Nirvana’s – Smells Like Teen Spirit into one of the craziest Techno tunes I’ve ever heard. I still don’t even know what the tune was called. I must have been 18, maybe, and I thought to myself, what the actual f*ck is going on here! Legendary. It completely changed my perception of a DJ.

Also, one of my favourite memories has to be seeing Flying Lotus; the place wasn’t even that rammed either! Imagine…this was around the time I first discovered Tea Leaf Dancers, which is one of those songs that completely shifted my taste in music. I think I must have been 16 or 17 here. Good times.

What other clubs are special for you, both at home and beyond and what makes them special?

Timbuk2 in Bristol. This place was like a second home to me at university. This is where I started doing parties again, and we absolutely smashed it. The manager at the time, Marco Bernardi just had it on lock, and he was booking some of the most ridiculous lineups – he was just always ahead of the trends. I shit you not; I’ve seen Ben Klock in there playing to about three people.

Aside from Plastic People, what was your musical upbringing like?

I’m very fortunate to have been brought up in a very musical household. In a sense, my Dad worked in the industry. Of course, on some typical teenager from my era shit, I had the classic Eminem and Linkin Park CDs and all of that stuff. However, my dad made sure to keep me educated, especially as I started getting into heavily sampled music like Hip-Hop and Rap. Making me respect the foundations of the music I was listening to.

Have you always been around Dubplate culture and can you remember the first Dubplate you ever had cut?

I’ll be real with you. I never owned a dubplate before ec2a, but I’ve always been fascinated by the culture that surrounds it. The first one I ever cut will be the Main Phase Sonique/Pow dub, and since then, we must be in the thousands.

What have been some of the most memorable dubplates you’ve had made?

No particular order, but these 3 came to mind instantly.

I cannot lie tho, having Oneman big me up for the label has to be up there. Oneman has been my favourite DJ since day one, so hearing that was really humbling. Playing with Interplanetary Criminal at Keep Hush at The Case straight after lockdown is also a memory that will also stay with me for life! It was the first time I got to see all the hard work starting to pay off. If I’m honest, though, every day is a blessing. I’ve dreamt of doing music full time for so long, and I have to remind myself of this every day when I start complaining. I was going to sack it all off in early 2020 and just took one final leap of faith, and now things seem to get crazier each day. Honestly, I’m just mad humbled to be doing this and, most importantly, being able to share it with all the crazy talent that I’m surrounded by.

You can keep up to date with all ec2a releases via their official website.