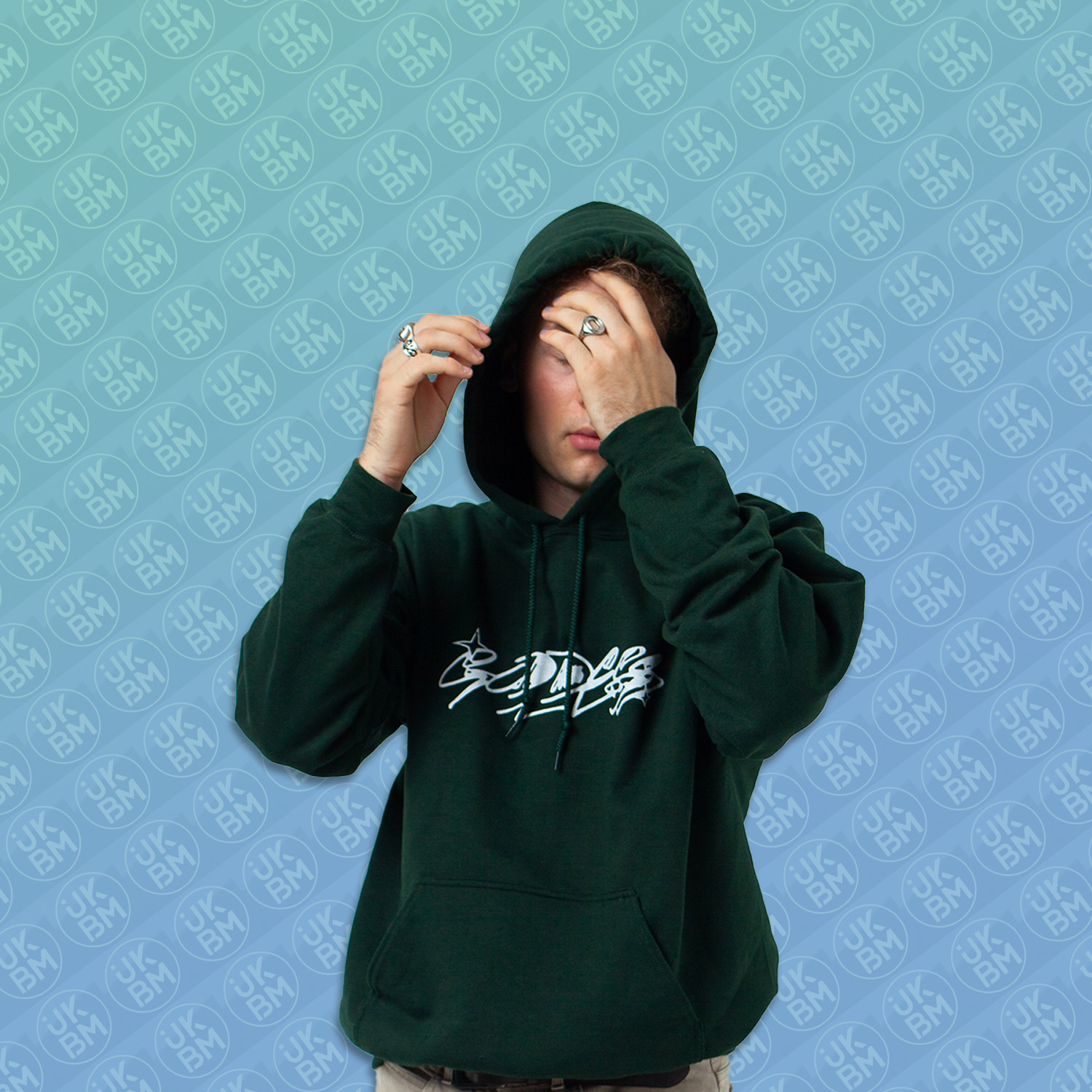 With his new album Minor Major Grand Schemes, which has just been released, DJ Swagger expertly traverses a multitude of bass music genres with an eclectic mixture of influences evident throughout.

With releases on top labels such as E-Beamz, Time Is Now, ec2a and many more, the Germany-based artist has established himself as one of the most exciting and versatile producers in the game right now and this new album only strengthens that argument.

We caught up with him as he told us all about the album, other recent music and what his own Goddess Music label has planned for the rest of the year.

Your new album Minor Major Grand Schemes is out now. Are you excited to be getting the album out there and what can fans expect from the album?

Heya! This album is 100000% DJ Swagger. Old styles meet new sounds, me singing, playing bass and stuff. All wrapped up in a dance music context. UKG-Soul fusion, high speed emotional techno cuts, IDM-Jazz-rollers, breaky breakbeats. This is my most ambitious project to this day and I hope people will listen closely to what I put into this album.

Was the creation and recording process of the album a smooth process?

Well, so and so. The *real* headache of fixing all these demos started when I broke my leg in October and I had a ton of time on my side. Some of these songs went through 7 or 8 revisions. But still for good and I think this was necessary to shape the sound as precisely as I wanted it to be. However, making this music was soooo much fun. I just trusted the process.

You work with a variety of artists on the album from Felix Fleer and Vitus04 to Flying Solo and Hyas. How was it working with everyone on the album and what did they bring to its sound and energy?

I am so grateful to have these beautiful souls on this album with me. Felix and Flying Solo are some of my closest friends over here in Bielefeld and we had amazing studio sessions with direct feedback and all benefits of working face to face. With Leipniz and Hyas I worked mostly online sending stems around. But still, I love working like this. Everyone can do their own shit without any other person bothering about something and the other end will get a big surprise box of new ideas and inspiration to goof around with. You can clearly hear each of these person’s own sound and style in the features which I find so cool.

Did you always want to make Illegality the first track available from the album and did you feel it was the best representation of its sound?

Yes, it has been Illegality since having the album finished for mastering and pressing. I think this song, as our first flagship single with video, wraps up the album the best way possible. Again, it was a premiere for me on (full verse) vox and bass guitar and I’m super happy with the feedback I got so far. It was a huge step for me to get on my personal “next level“ in a sense of production and performing. It was a shot in the dark, but it worked out.

What has the reaction to the album been like so far?

I’m beyond thrilled that everyone who listened to it so far liked it! Of course, feedback is always mixed, people have their own tastes, but it had a big turnaround being very positive.

You released the track Peakin earlier in the year too. Can you tell us a bit about that track and how it’s been received?

“Peakin“ was a little experiment to check out if people found my voice/vocal work annoying or if they liked it. I was very surprised by its massively positive resonance and it set the tracks for me continuing with Illegality later on.

Do you feel that you have explored different aspects of your sound on that track?

I tried to make it a smooth tune for home listening as well as for club use and threw some soul in it.

Do you always want to be prolific with the music you put out?

Nope. That changed. I used to do multiple EPs a year on different labels without real consent. I don’t want my art to turn into content so I go with less is more.

Have you got plans for more DJ DOOM music?

GOD005 will be DJ DOOM – Dungeon Crawler EP featuring a 14 min club tune with 4 different parts and drops on A-side. Stay tuned for that.

How did the DJ DOOM project come into fruition in the first place?

It was just LUZ1E and me fumbling around with some collaboration tracks we did during that time. We felt we could as well just do a completely new moniker for our songs and went with that.

Are you working on any other music at the moment that you can tell us about?

Oh yeah, I’m working on a lot of stuff. I’m currently sitting on my new Garage-Indie album for Murvin & The Frogholes. The next DJ Swagger album is also in the works already. As well as an Interstate EP and two more Swagger EPs. Also working on an ambient jazz fusion album and some funk-boogie tunes and producing some rappers.

Can you tell us what you have planned with your Goddess Music label for the rest of 2022?

I span this a little further – my masterplan for Goddess is to create a platform for all my creative friends and me. I’m thinking of working this to a point where Goddess turns into a hub where we can just do shenanigans with whatever we think is cool and do projects with whatever we want. Two of my closest are videographers, I’m a studied graphic designer and we got a lot of music people of course. Even administrating the website and continuously working on our product and music roster brings me so much joy. But this is all because of the people that help me fulfilling my ideas and that back me up and support me. This is what Goddess is really about. Having fun and having a good time with friends is everything to me.

The label has released a lot of music this year already, from yourself and artists like. K.Seiba, P.Vanillaboy and Murvin & The Frogholes.Did you always want the label to be prolific with its output?

I am actually Keto Saiba and Murvin & The Frogholes myself. P.Vanillaboy was the first complete release with songs I never touched besides mixing a little. Since vinyl releases became so freaking expensive, I never really put it into anybody else’s hands to make the music I pressed on my label. But Paul (P.) did an amazing job with his debut EP and for us it turned out as a massive success. That made it a little easier for me to let go of the control button, hahaha. So expect way more for the Goddess Music output. This is also why I didn’t settle on a specific CI for our records (in terms of label design). Each and every piece of music is so unique that it deserves its own story. Goddess Music is not restricted to a certain sound or style. People themselves go through progress, as well as musicians and producers. I would be blind-sighted to specify on *that* very type of music.

You’re playing Fabric with DJ PayPal I’m August. How much are you looking forward to playing there and what can we expect from your set on the night?

Man, I can’t tell how excited I am. I’m a huge Paypal stan and their songs always find their moments in my DJ sets ever since my good friend DJ Aedidias showed me their boiler room. That sold it for me. Also London always makes me melt meeting my best friend and my other long time brother from another mother.

What other nights that you’re playing at have you got coming up?

I’m currently touring Germany with the Goddess roster under the “Bass Combat Tour“. We will have Aachen, Cologne, Münster, Hannover, Bielefeld, Essen, Frankfurt, also a couple more Germany gigs here and there.

What sets that you have played over the years have stood in your mind as special?

It’s been the B2Bs. Wouldn’t necessarily specify on a single one or two but sharing the stage + the sound with a friend is *always* the best thing ever.

What have been some of the standout moments from your musical career so far?

I think this album release, where it comes all together, really. Just being part of the flow brought me so many amazing moments with friends and music. Working on this and getting my vision out never felt that good!