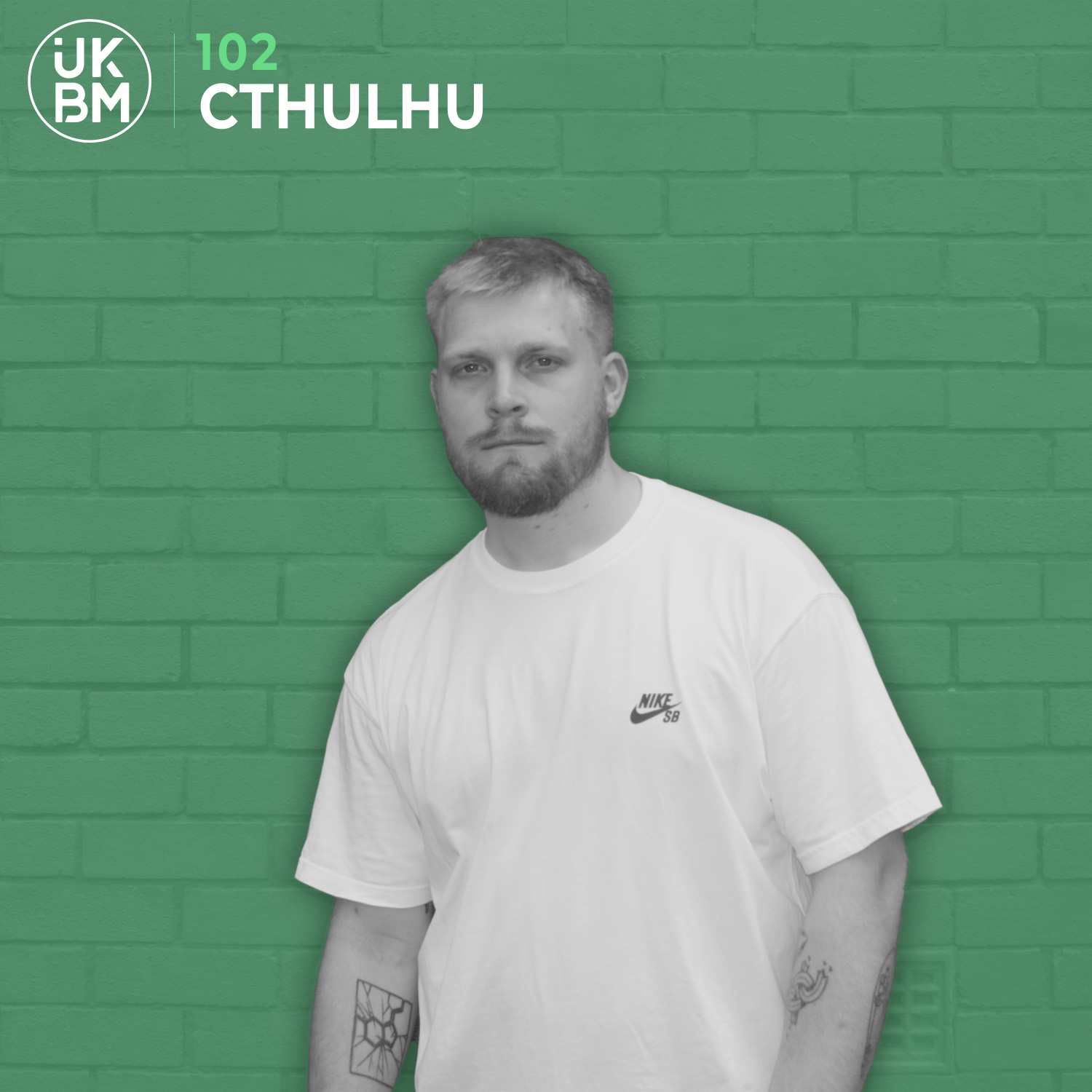 Stepping up to 1s and 2s is Brighton-based producer/DJ extraordinaire Cthulhu.

Our paths first crossed paths a year ago at a little secret forest rave on the outskirts of Brighton, and ever since I’ve had my eye on all things that Cthulhu was up to. With residencies on radio stations such as 1BTN, Subtle Radio and also Trickstar, Cthulhu is no stranger to the world of UK Bass Music, smashing his sets and providing top-notch vibes every time.

I saw him play again a couple of months back at ’round 2′ of said forest rave, and boy did he do a good job. Not only did he manage to sweet talk the police into keeping the party going when they came to shut it down, but he also laid down a killer set, covering most genres across the UKBM spectrum seamlessly. It was a no-brainer to get him involved in our UKBMix series.

We spoke to Cthulhu about his UKBMix, and he describes it as, “Traversing the planes of dystopian Britain, this mix is a melting pot of genre that mainlines thumping breakbeats, warping basslines and pure filth direct into your arteries. Jam-packed with juicy UK goodness let me take you on a journey through time and breaks.”

Big thanks to Cthulhu for this wicked mix! Sit back, turn your subs up and enjoy shaking a leg to Cthulhu’s selections.

Don’t forget, you can keep up to date with him on his socials: Soundcloud / Instagram