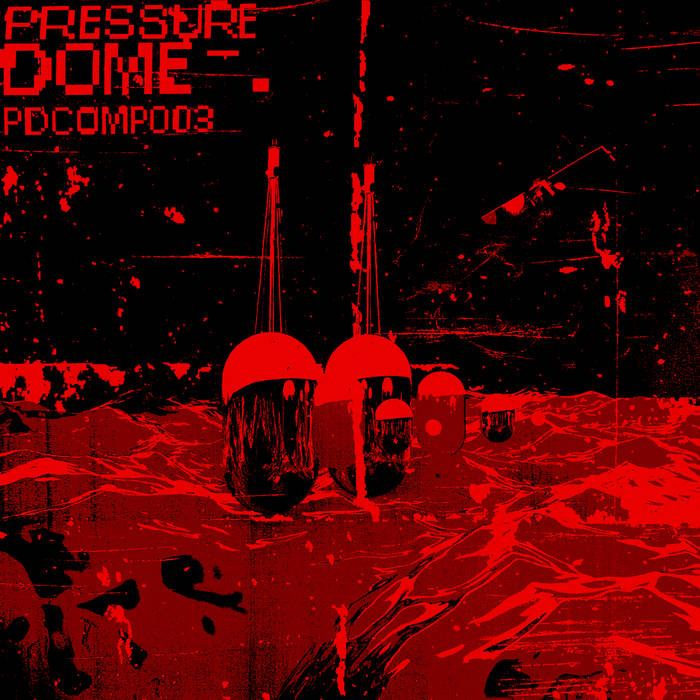 If there’s a common thread that runs through the tracks on this, Pressure Dome’s third various artist compilation, it’s Bristol. Label boss and Bristol stalwart Yushh, real name Jen Hartley, has once again assembled some of the city’s finest up and coming producers, including Livity Sound alumni Ido Plumes and Jurango and 1020 Radio and Rinse France resident Pluralist alongside Pressure Dome regulars such as MISH and Delay Grounds, for a showcase of the kind of forward thinking, dub inflected techno which has made Bristol a mecca for young producers and has made stars out of artists such as Hodge and Batu. Perhaps the most impressive thing about the compilation as a whole is the sheer amount of ideas on show. Each track twists and pivots in its own way, and with an average track length of nearly 6 minutes, ideas are allowed to breathe and unfurl at their own pace without meandering or becoming stale.

A major highlight is Outsider’s ‘Yay’, 6 minutes of masterful broken techno which seems to constantly build new layers of sound on top of each other before returning to its core, driving rhythm just as everything seems on the verge of falling apart. Meanwhile, Ido Plumes provides the record’s most direct reference to Bristol’s storied dubstep scene on ‘Preparations,’ which switches seamlessly between cantering percussion and halftime dubstep, and wouldn’t sound out of place in a Madam X set. Elsewhere, Delay Grounds, who released the excellent Onomatopoeia on Pressure Dome last year, offer up ‘Main Room Agoraphobic’, part jerky, strobing club banger, part glistening synth exploration, while MISH and McGregor combine skittering hi hats and swirling melodies on the floating, forceful and utterly captivating ‘DD-13.’ The compilation’s penultimate track, Human Resources’ ‘Thorpe Cloud’ alternates between a bubbling bassline and sublime soundscapes, offering you respite only to throw you back into its depths at full force. It’s a heady mix of tracks that will reward both repeated at home listens and DJs looking to throw some curveballs when dancefloors return in earnest post-covid.

Hartley has spoken in the past about the organic way in which Pressure Dome’s compilations have come together, and to its credit this compilation feels like a genuine snapshot of a generation of emerging Bristolian artists who are keen to both carve out their own artistic paths and carry on Bristol’s long legacy of producing some of the UK’s best, most innovative bass music. On this evidence, that legacy is in excellent hands.