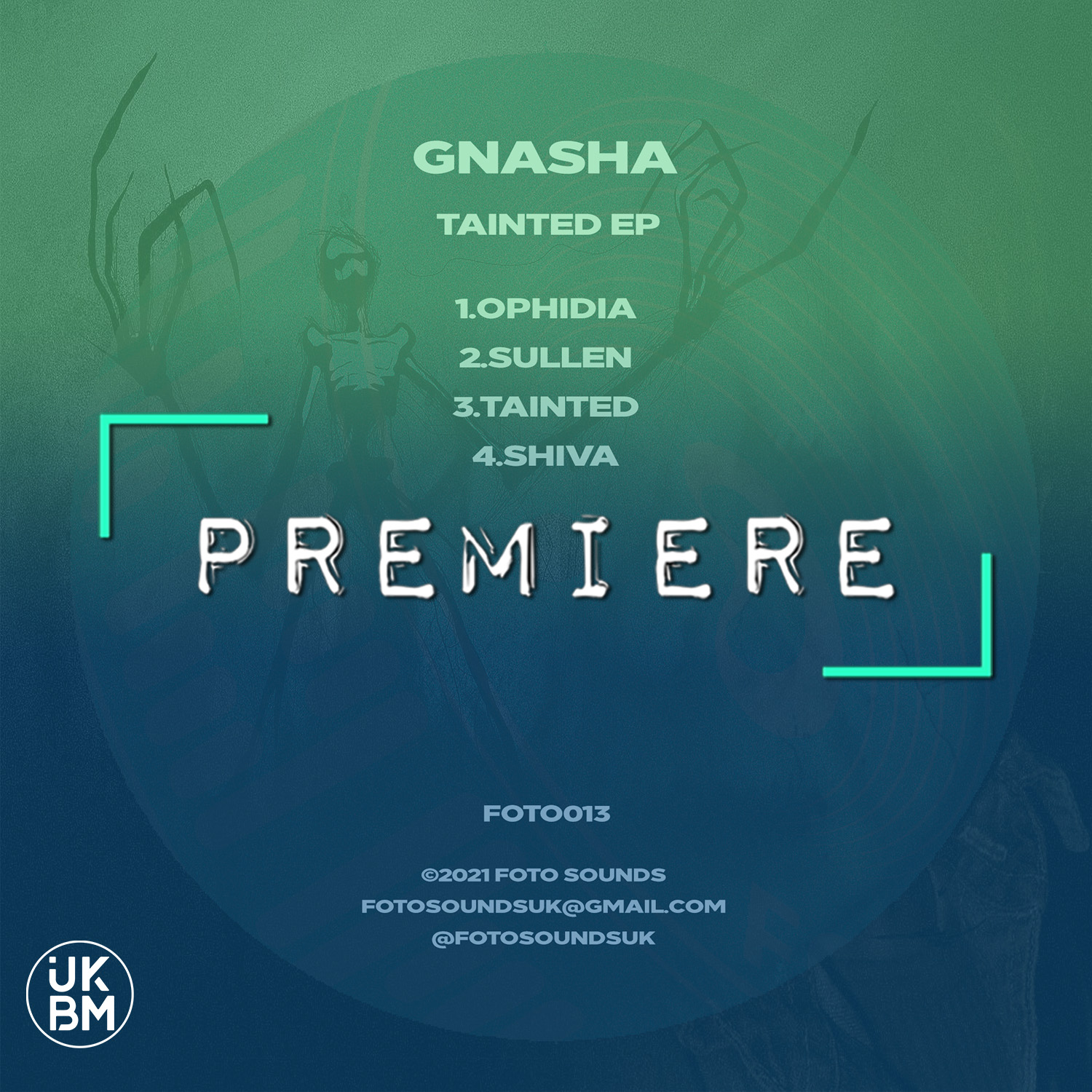 For our latest UKBM Premiere, we take a look at Gnasha as she prepares for the release of her brand new 4 tracker Tainted EP on Foto Sounds.

The Leeds-based Dubstep & Grime artist has seriously impressed over the past few years, both with her seriously heavy, bass-driven productions which have been released on labels such as Influx:Audio & SND SYSTM CLTR and also her appearances on Rinse FM with J. Sparrow as well as SWU.FM.

Her new EP will be her second on Bristol-based label Foto Sounds, an imprint making serious moves in the underground, releasing fire from the likes of Unkey, Bidl, 11th Hour & more.

Tainted EP is out tomorrow exclusively on Bandcamp. All other stores on 10th December.