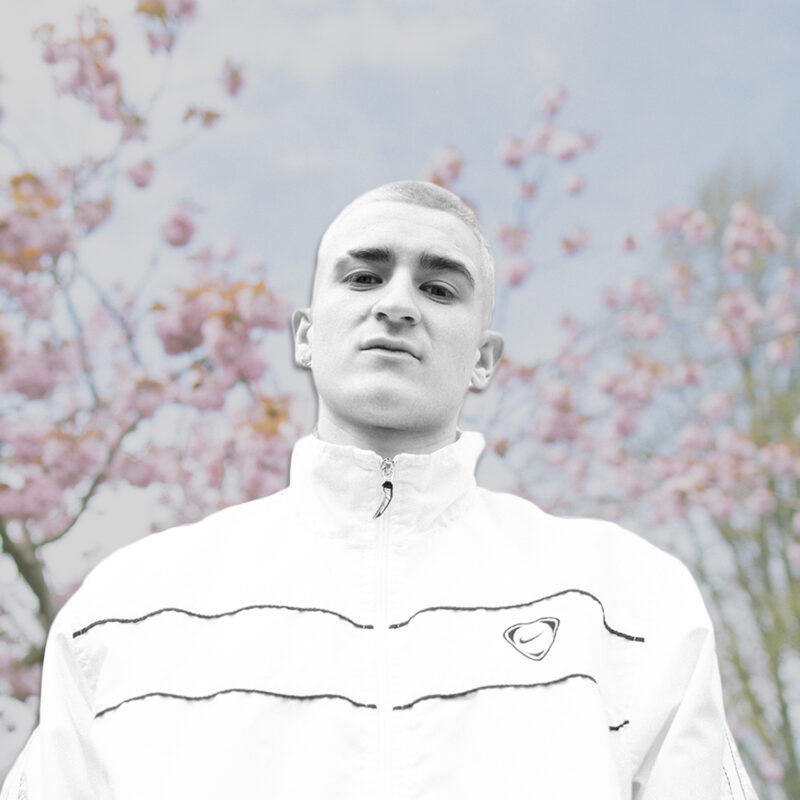 Firmly established as an artist on the rise, Derby-based DJ and producer Supply mixes the sonics of drum & bass with a whole host of other bass-led influences to create his own sound, with his status rising and rising with every killer track he drops.

He has recently released his new track SL on Machine Woman’s Take Away Jazz Records label and it is a vibrant anthem that comes with a wicked remix from Pholo. We caught up with him to hear all about it, the EP the track comes from, getting played on Rinse and all the music he has planned for the coming months.

You are about to release your new track SL. Can you tell us about the track and what we can expect from it?

The inspiration behind SL came from a weekend partying with friends in Bristol. With Bristol being arguably the drum & bass capital of the UK I wanted to make a track that reminded me of the city and what I’d experienced whilst being there. The lyrics reference the clothing brands Evisu and YSL, two very popular brands in the vintage designer streetwear scene in Bristol – I believe strongly that fashion and underground music go hand in hand so it felt natural to include those in the track. Expect a bass-heavy track with a catchy flow and infectious hook.

Phlo does the remix of the song. Can you tell us what he brought to the track?

Pholo has been one of my favourite producers for a long while now and it’s a great pleasure to have him remix SL. Pholo has brought something totally different and unique to the track with his incredibly distinctive sound. His remix is a blend of neo-grime/wave and breakbeats all in one and is definitely something you will have not heard before.

Who else would you love to have remix one of your tracks in the future?

It’d have to be Clipz. Every remix he makes is totally different to the original tune but still maintains his signature sound – and always bangs. I’d like to work with him on an original collaboration one day also.

The track comes from your new EP which is also titled SL. How did the creation process of the EP go and are you excited to be getting it out there?

The idea for the EP came from brainstorming ideas with Machine Woman about a project we could put together that included SL as she loved the track. I thought it’d be a good idea to make an extended version of the track that’s a bit more DJ friendly but can still be enjoyed by the average listener. Pholo’s remix of SL actually came about a little while before the EP idea was born, he reached out to me about doing a remix just because he liked the track so when it came to putting the EP together it was a no-brainer to include it. The other two tracks Direct Waves and Tunnel Vision were tunes I’d been wanting to release for a while but hadn’t found a home for them yet, Machine Woman took great interest in them and had them down for the EP.

How was it working with Take Away Jazz records on this release?

It’s been great. I’ve been in contact with the head honcho Machine Woman for a couple of years now and she’s shown nothing but support and love towards me and my work so it was a really natural collaboration.

What other labels have you released on and what labels would you love to put out your music on?

I’ve released music on Bristol-based label and events company Invicta Audio which did really well and also on a cool label called Demolition Squad which pushes very raw-sounding underground music. There are a lot of labels I’d like to work with but in particular, I’d love to do something with Bristol-based record label Ec2a, their whole ethos and what they’re doing with the dubplates is so sick – they’ve been killing it.

You’ve had your music played on Rinse FM, SWU FM and Subtle Radio. How did that feel as a new artist?

It’s always an honour to be asked to come and play music on radio platforms. Being able to play on Rinse FM was a dream come true given its rich history and what it has done for underground music. As a new artist being able to showcase my music to a much wider audience is a real blessing and I always try to make my mixes as good and as enjoyable as possible for the listener.

What other new music are you working on that you can tell us about?

I’ve been working a lot on my next self-released project that will showcase all the music I’ve been making over the past year – it’s full of bangers and will not disappoint.

How did you discover and get into jungle and drum & bass in the first place?

I’ve been a fan of both genres pretty much all my life, my dad had a few jungle & drum and bass tunes that he’d play when I was younger so I always took to it but it wasn’t until 2020 that i started to delve deeper into the genres and try and produce them.

What are the most influential jungle/d&b tunes of all time to you?

I really couldn’t say, I think the genres are so vast and ever-changing that it’s hard to pinpoint any specific ones.

What tunes are completely smashing it for you at the moment?

‘Mash Up The Dance‘ by Watch The Ride and Nia Archives is an absolute belter, sound of the summer for sure.

What have been some of the best sets that you’ve ever played out and what made them so memorable?

I played a headline set at Bar Eleven in Nottingham for Les Gens last September and it was so good. The venue was so intimate and everyone was there purely for the music, it was great. Also playing at one of the last nights at Old Crown Courts in Bristol before it closed for good was an honour. I headlined room 2 and the crowd was sick, definitely going to miss that place.

What sets by other DJs have you enjoyed the most over the years?

Goldie at Warehouse Project was one of the most insane sets I’ve ever seen, his track selection is next to none. MJ Cole B2B Wookie the same night was also one to remember, they drew for so many old-school UKG bangers.

What are some of your favourite nights/clubs across the UK?

I’ve never personally been but I’d love to go to a Keep Hush one day, playing would be an honour but just as a goer I’d like to experience it – they always have sick lineups and the vibes look immaculate.

What d&b artists and DJs are the ones to watch at the moment?

I’ve been saying it for ages now but Nia Archives is the future, everything she does hits. Napes is also doing bits at the moment, his recent ‘Chopper Gunner‘ EP is a unique blend of Grime & Jungle and was executed very well sonically.

Who are the most influential DJs and producers to you as an artist?

For me personally, it’d be Clipz. He’s been a big inspiration to me in my approach to music and artistry.

A big highlight for me was when I did a limited run of T-Shirts for my ‘Dangerous‘ single I had people ordering from as far as Pennsylvania and Florida, US – That was crazy to me. Big up David and Cash.

SL is out now. Buy here.