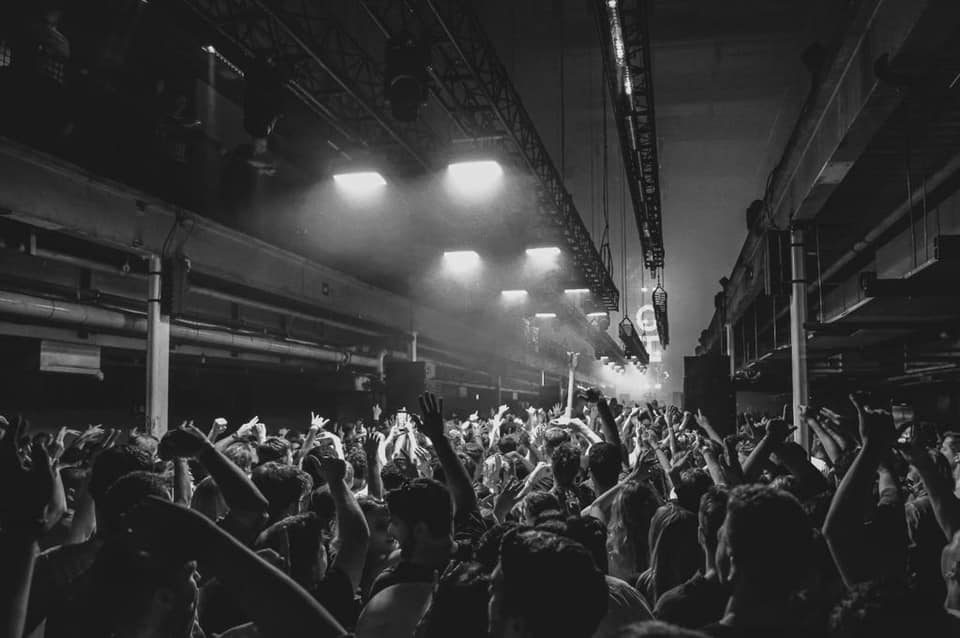 With the the past eighteen months being a totally desolate environment when it came to live music and events, it did seem like something to celebrate when they started happening again after so long.

Attending the opening weekend of Redacted at Printworks on the Sunday for the Low End Theories events on the last day of the opening proceedings (following the To The Floor and Late Night movement events on the two proceeding days) felt like a homecoming of sorts and there was no sense of trepidation on entering as you approached the cavernous Printworks building. In fact, it felt right once again and the events that followed during the day definitely solidified that. Redacted offered a strict no photos policy so it was all about the music and the dancefloor and nothing else, and this gave proceedings a more personal feel throughout the day.

With no lineup announced beforehand or even on the day itself, it retained an air of mystery which added to the special atmosphere. With the event promising  “high-energy MCs, reloads, dynamic B2Bs, dnb crews and non-stop energy at 140bpm+”, it certainly didn’t disappoint in that respect and as we walked into Printworks main room with (Redacted) on the decks, the music just hit you and just being amongst a crowd enjoying the music was a joy.

Journeying from the main room to the more intimate Inkwells room in search of who was on, added to the fun and every artist who played was on top form, the anticipation of was on next as they were announced and the vibes were immense all day.

It felt really special to be at an event like  this and to see the crowd dancing and enjoying themselves did feel like there was a celebratory atmosphere all day. So many memorable tunes being blasted out (will never get tired of those opening beats onwards of Circles played out for starters or the Ready Or Not remix and many more as well as more recent anthems like Roll The Dice and Afterglow) and feeling the bass reverberating around the room was a great feeling to experience again.

The day went perfectly with all those great sets and as (Redacted) finished things off in the main room in true executioner style, it rounded off an amazing day of drum & bass and pure vibes. We’ve truly missed this and are so grateful to have it back and big up to everyone who played as well as Printworks and all who made it happen for us to experience it all again at such a special event.