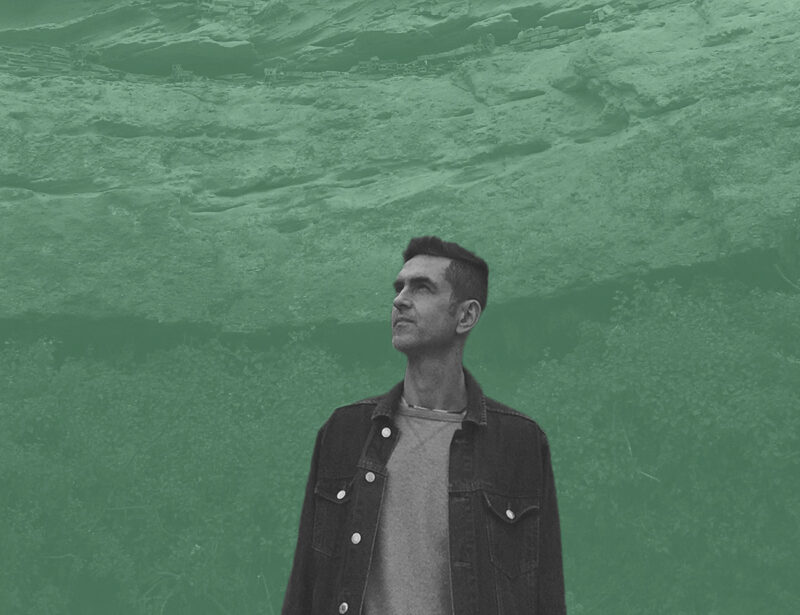 Bogdan Raczynski has recently released his new album ADDLE and while it is notably less frenetic than other music he has released in the past, it is still a collection of music that is both challenging and inspiring in equal measure.

We caught up with Poland-born artist to talk about ADDLE as well various other subjects including, his music through the years, working with Bjork and his remixing pursuits in an interesting and at times tongue-in-cheek chat.

Your new album ADDLE is out now. Can you tell us a bit about the album and it’s sound?

It’s a collection of tracks that are hopefully as enjoyable to listen to as they are challenging. Sounds range from warm dream sequences, noise pop, odorous melodies, sound bath, syncopatience, euro bag dance.

ADDLE is a lot calmer and mellow than your previous work, have you had the idea of making an album like this for a while?

Music is the one place where I try to keep out ideas. As soon as I have ideas it starts to go downhil. No, ADDLE was just me winging it as per usual and finding out that after 7 years I had enough music to put out an album.

Did you ever consider releasing the album under an alias?

I tested out a few fairly shitty monikers back in the day. Fortunately, the best musical advice I ever got was to use my real name (thanks Grant and Richard!)

What has the feedback in ADDLE been like so far?

I have such an unrealistic, ungrounded, elevated sense of self that the feedback for every single one of my releases has been utterly gutting. This one’s no different. I was hoping for covers and accolades but so far it’s been 3 out of 5 (10?) stars from Mojo, 8 out of 10 from Uncut. A few won’t even review it at all. Fucking lark, I’m about ready to pack it in.

How has it been working with Planet Mu on this album?

I couldn’t say, I actually haven’t spoken to anybody! We live in such an online world that for all I know all of the people I talk to are part of some high tech AI program. I’ve met Mike once, so I know he’s real, but that was decades ago. What can you really trust as real these days unless you see it with your own eyes? It’s really quite amazing that all of this can happen behind the scenes while you just trudge along like some sort of prince, absolutely oblivious.

You released the BANANS EP last year. Can you tell us about that and how that has been received?

See my response before about over-inflated ego. I thought BANANS would chart. When summer rolled around and I didn’t hear a single car blaring it out I stayed indoors for 3 months out of shame. What the fuck even?

Have you been working on any other new music recently that you can tell us about?

I’ve been focusing on a wide number of collaborations with eurorack modular synth companies – 4ms, Bastl, Erica Synths, Herbs & Stones, Modbap, Plinky, Polyend, Shakmat, Squarp, and System80. That’s to say that I’m already a few years deep into my next album if there are any labels looking.

How did you discover jungle and drum & bass in the first place?

The same way everyone from a rural farming state discovered music back in the 90’s – Best Buy.

When did you decide you wanted to put your own spin on those particular sounds?

It would be great if I could say that I consciously made that choice but the truth is that the output for the bulk of my “career” was simply my inability to make it sound “proper”. Put simply, it was the best I could do.

What is the hardest breakbeat you’ve ever heard?

Great question. The truest thing I know about sound is that it’s actually not about a particular sound so much as all of them put together.

Have you got plans to take the material from ADDLE into a live arena?

I’m glad you are using the word ‘arena’, because that is the venue format that I have always envisioned myself performing in. To hell with flying thousands of miles to play a party for 3 people or getting payed $300 after tearing the fucking venue down and being a hair’s breath away from a heart attack because I raved my fucking life out for the attendants. All true stories.

Have you considered doing a show where you would start off playing material from ADDLE and more and then continuing into your more frenetic material?

Nay, I will not be playing anything pre 2020 ever again. Nobody’s paying me fucking Rolling Stones fees here. I’m not going to be greybeard on stage having to stop every 10 seconds because I’m out of breath. Bye bye.

Your last album was called Rave Til You Cry. What is a memory of a rave that would move you until you cry?

Make no mistake – I do not do the crying, I make YOU cry.

What has been the most memorable rave that you have ever played at?

The one where I got paid the highest fee I ever got, played from an iPod classic and had the best crowd response I’ve ever had, in broad daylight! I learned later they were just happy because their local soccer team won.

Do you have fond memories of your time on Rephlex Records and what were some of the highlights?

So many fond memories! But honestly it was mainly hanging around the HQ having kebabs, drinking tea, and watching Grant play Goldeneye 007 on N64. I felt at home and at peace.

How was the experience of working with Bjork?

Yeah, it was super real. It’s one of those things I regret falling through. The track was actually meant to be a collaboration, not a remix, so it was gutting that it didn’t work out. But I became a web developer instead so I can’t complain.

You’ve remixed everyone from Autechre to Osborne and Ulver. What have been your favourites to do?

Honestly, the ones that paid the most. But the one I did for Jonsi was really delightful to make and I still enjoy the melodies greatly.

Was it a challenge when remixing disparate artists like Bjork and Ulver?

I can imagine it would be if I was known for a specific genre, but I think everyone knows they can’t have any expectations when they come to me. That’s probably also the precise reason why I don’t get asked any more.

How do you approach doing a remix that puts your own stamp on it?

Generally, and I’m being totally honest here, I bung out the original stems and just go it alone from scratch. Maybe if I’m feeling like there’s some hope for my career I’ll try to incorporate something from the original track. But usually I just focus on having fun.

Who would you love to remix in the future?

I’d love to do more vocal-based bits. I’ve enjoyed being forced to think in some kind of structured way. Got some remixes coming out so hold tight.

What have been some of the high points  of your music career so far?

Honestly, my rise was so meteoric that it’s just been a massive plateau ever since. I’m still waiting to properly launch!

ADDLE is out now. Buy here.