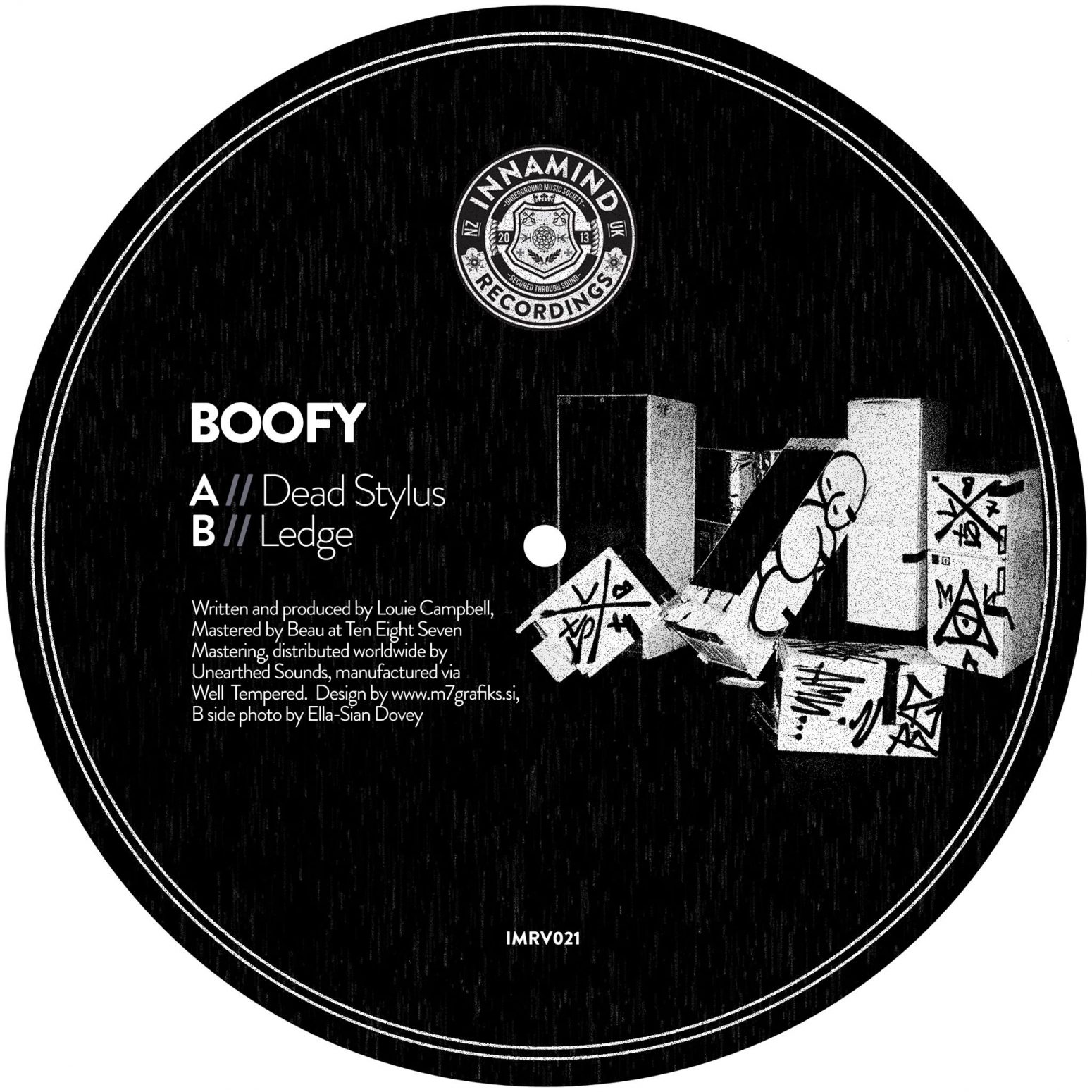 Boofy, who run’s the ‘Sector 7’ imprint and heads up ‘Bandulu’ with Kahn and Neek and Hi5Ghost, has certainly been making a name for himself over the last several years so what better way to continue that than with a fresh plate on one of the leading Dubstep labels around

The A side gives us ‘Dead Stylus’ which is like being transported back to a dimly lit DMZ dancefloor. A ruthless, borderline scary wall of bass layered with shattering snares. A true monster. The B side provides the equally heavyweight ‘Ledge’ which has been doing the rounds and has already become a much sought after track

Boofy and Innamind seems the perfect marriage and there is no doubt that this release has the potential to become a classic.

The vinyl will be available to buy on all the usual outlets on 6th December. It’s advised to be ready for the drop as this release is very likely to sell out quickly. Digital release is still TBA.

Listen to the release above or here

Nikki & Lara played ‘Dead Stylus’ during their Sub FM show which you can listen back to here: