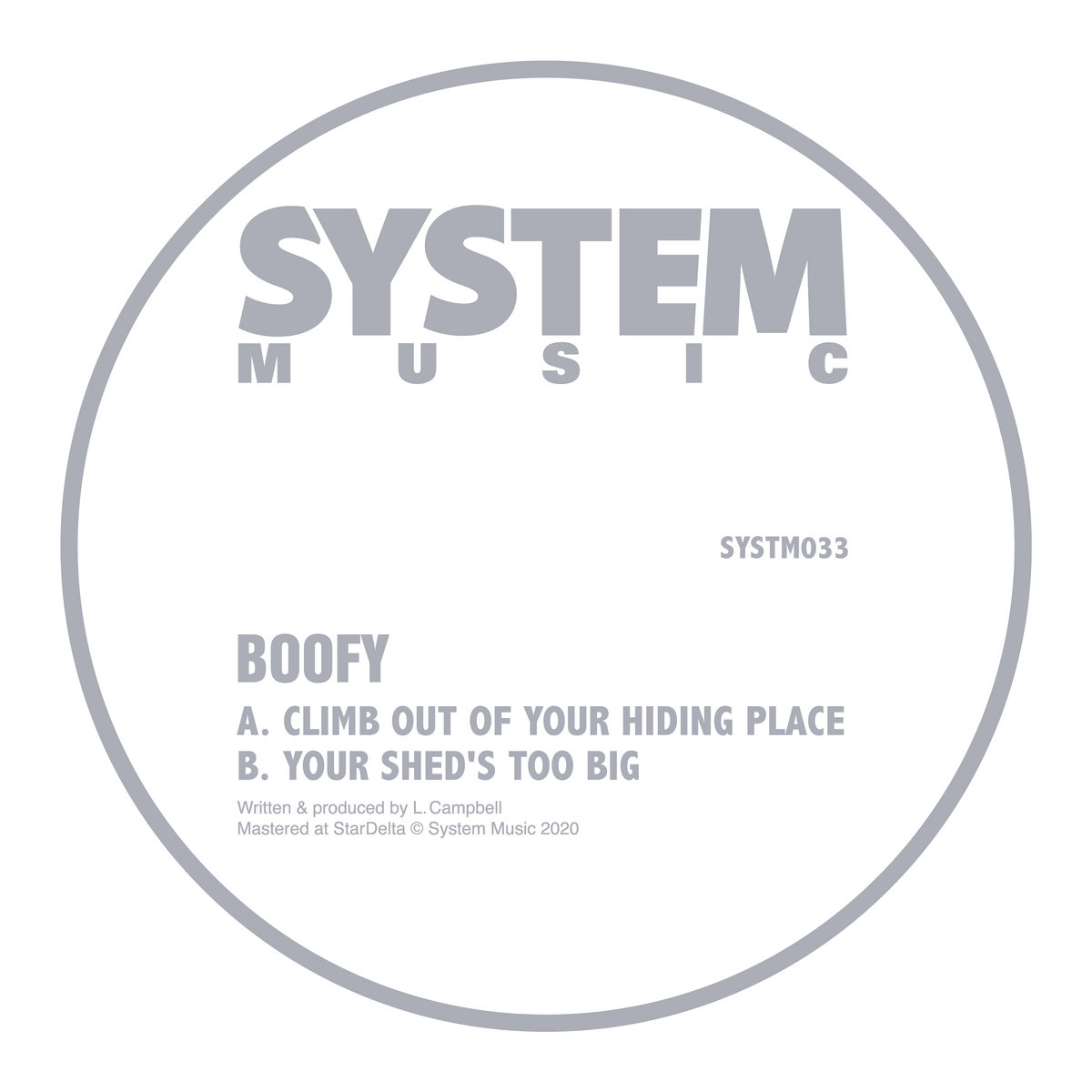 Boofy’s work rate in 2020 has been nothing short of immense.

The Bristol-based producer has not only overseen multiple, highly acclaimed releases on his Sector 7 Sounds label, including Kahn and Neek’s – Having a Sick Time (In The Mansions Of Bliss), but now adds another impressive notch on the belt of his own personal production catalogue with the unveiling of his debut record on System Music.

The release marks the 33rd release on the label which has been run by V.I.V.E.K since 2013 and has since become known as one the elite Dubstep labels in the game.

Boofy’s edition comes in the form of a two tracked, double headed monster. On the A side comes Climb Out Of Your Hiding Place which completely led by an enourmous, eye-watering, gritty and growling bassline which almost overwhelms the senses (in a good way of course). On the flip you have Your Sheds Too Big, which masterfully blends intricately detailed percussional nuances with huge and heavy 808’s and Grime-esque synths.

Make no mistake, this is high quality stuff….but from Boofy we would expect nothing less

Out now and available to buy via Bandcamp.

A – Climb Out Of Your Hiding Place

B – Your Sheds Too Big