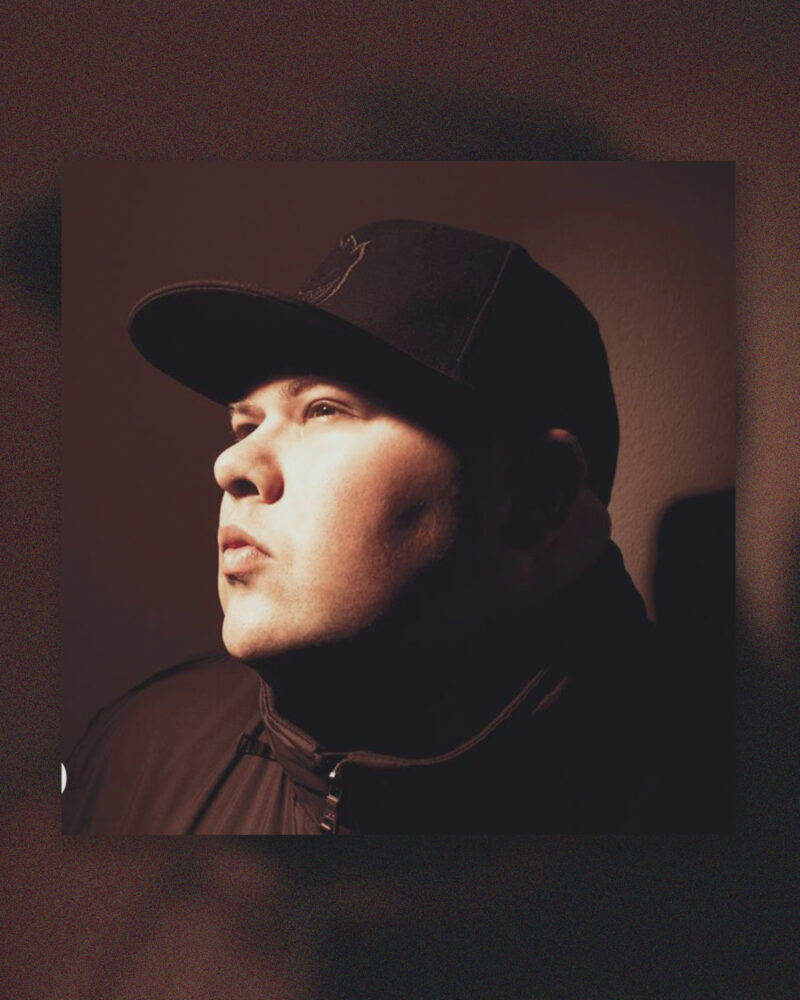 Carasel has been smashing down drum & bass raves and festivals for a very long time now and has played sets with so many of the greats.

With his assured flow and energy, he brings it every time he performs, demonstrating his versatility as an artist. He has just brought out his new album Dreams Of Paradise and it sees him rhyme over hip hop beats from a variety of producers, some of whom you wouldn’t expect, and the results are an amazing album packed full of passion, introspection and heartfelt lyrics, all delivered deftly by Carasel.

We had the pleasure of talking to him about Dreams Of Paradise and what went into making the album as well as how the launch party for the record went and his relationship with both hip hop and drum & bass.

Your new album Dreams Of Paradise is out now. How excited are you to get it out there and share with the world?

Its Emotional! It’s been bubbling for so long that letting the singles go has been quite cathartic. I just hope everyone enjoys it

How did the creation and making of the album go and was it hindered because of the pandemic at all?

This album has been set to a backdrop of pandemics, personal suffering & hardships mixed with incredible highs and new beginnings. My son was born and got extremely sick, we nearly lost him and spent over 100 days in Birmingham Children’s hospital so as you can imagine that slowed the whole thing down immensely.

Wow, that’s crazy! Thats your son in the video for the album track Where Are You Goin right?

Yes, that’s him! Other people really like to keep their kids off social media and public eye and I totally get and respect that but from where he was so ill and he’s growing up so quick I wanted him in there for me! Something to immortalise him at this age  and look back on. I also pressed his heart beat to the vinyl version of the album, we are gonna live together forever on wax.

As the album is called Dreams Of Paradise, where is paradise to you?

Bristol is paradise, that’s home, that’s family! That’s a party every damn day of the week if you want it! I have a track called Dreams of Paradise on the album and DRS did the most amazing hook for it. It just encapsulates the whole vibe of the project and I was like that’s it, that’s the title.

You had been dropping tracks from the album ahead of its release, what has the response been to those tracks?

Yeah, incredible, really been feeling the love, we haven’t really gone hard on promo, just let them drop and run organically but I have videos stacked up, maybe 4 at the moment so I’m hoping to breathe more fire into the tracks when the full thing drops. I really want people to listen to the whole thing and hope they do.

How was the experience of working with Harry Shotta on the track Jack Of All Trades?

Shotta is incredible. We both genre hop and are probably best known for d&b so when I came up with the concept there was only one guy I wanted. We have done a few tracks recently, he’s a beast, you gotta humble yourself when jumping on track with him because technically in my eyes he can take anyone’s head off

You’ve got Navigator and David Boomah on Kraken And Lime. Was it a thrill having those two legends on the track?

Of course! Navi is one of the first mcs I ever saw live and Boomah’s voice is crazy. He was also on my debut album I have heaps of respect for him, we shot a video for this and were hacking up limes with swords and big knives  – it was a lot of fun.

Dynamite MC features on Time Sweep. How was it trading lyrics with him on the track?

I love Dyna, he was on my first album too and always brings the flames. I told him the concept and you just ran with it.

The rest of the album features the likes of Inja, DRS, Wishmaster, Rodney P, Blacksmith and more. How does it feel  having all of these amazing artists on your album?

Every guest on my album I have supreme respect for, I only would ever ask someone I really rate and I’m blessed they all agreed but that speaks volumes about the production on the project.Nobody wants to jump on wack beats and as soon as the guests heard the tunes we were cooking it was an easy sell.

How did it feel to get some of those artists like DRS and Navigator to spit over those hip hop beats?

It’s the beats man! They were in it! Both Navi and DRS flip genres regularly whether it’s Navs reggae stuff or Del’s work with pitch 92 or Broke n English. These are elite mcs, they can smash anything.

Similarly, how was it working with d&b producers like Break and Crissy Criss on those beats?

I got a hip hop beat off Break man! Not many can say that! What a ting! And Crissy blessed me with 3 or 4 tracks that he has played me when touring America, they might of been 5-10 years old but they absolutely slapped. I was so gassed by them he couldn’t really say no.

Do you feel that drum & bass and hip hop come from the same place in terms of passion and soul?

D&B is so special in that it takes influences and samples from far and wide and you get the same in Jungle, such depth so many sub genres.

How did you first get into hip hop initially and We’re you into hip hop or drum & bass first and did one lead you to the other?

Sure I first heard d&b on a friends Walkman when I was maybe 11/12, I was already a massive hip hop head at that time, my first experience of rap was getting a WWF wrestling tape at 4/5 for Xmas. It was called slam jam! All the wrestlers had bars haha

Good question. I bet Dillinja has mad hip hop in the archives and Calibre some gems. MC wise most the guys dabble but I would like to link up with Spyda on one, the voice is something else

What were your beginnings when it came to making music and becoming an MC?

Check my track Flash Back on the album it covers all bases!

Who are your biggest influences as an MC?

Haha! Once again Flashback I break down all my inspirations and roots.

You recently had the launch party for Dreams Of Paradise. How did that go down?

The launch was incredible, Bristol really turned up for me the support all smashed it. I’m so used to turning up plugging the mic in and smashing d&b sets but this was different, a P.A driven set all my own tracks and most of them never performed live! I don’t normally get nervous but it’s a different pressure! I rehearsed my ass off and gotta shout my DJ, Move for his patience, we put in the hours and it paid off in the end. Navi and Boomah came down and preformed Kraken and Lime live and Wish and Genie for Law of Attraction! It was a moment!

What have been some of the most memorable sets you have played over the years?

Jeee iv done a lot, Glastonbury is always special i’ve done monster sets there, Rampage in Belgium, Amsterdam every summer with my label is always emotional, been doing that for over 10 years.

What festival appearances have you got coming up that you can tell us about?

Yeah lots, off the top of my head Glastonbury, Nass, Let It Roll, Hospitality on the Beach and in the Woods, Nozstock, Boomtown, Boardmasters. I’m also doing the live hip hop P.As at some so that’s a whole new level

You returned to your hometown of Bristol for Love Saves The Day last year and have appeared there many times (your set in 2018 with Bailey and Need For Mirrors was incredible!. How was it being back on that festival stage after everything that has gone over the past couple of years?

Yeah, always a special one, kinda screwing I’m not on it this year but it clashes with an overseas gig and you can’t do them all.

Bristol has a rich history with bass music. How does it feel to be part of continuing that history?

It’s an honour a pleasure and a great responsibility that I take very seriously. Check my track Born and Bred and I break it down a bit deeper.

Which DJs have you loved MCing for the most?

Ah so many I don’t wanna offend anyone but Danny Byrd, The Sauce, T<I, Critical Impact, Kelvin 373, Break, Crissy Criss, these are the guys that regularly call on me to do their shows right now and I love working with all of them and consider them all good friends

What have been the proudest moments of your music career so far.

I get proud watching our label acts do well, and I get proud giving artists their debut sets at our AFT nights but yea pride isn’t a real feeling I recognise with own music I guess. Albums and mixtapes are very important to me, they are my legacy and with be here beyond me so I am proud of them on reflection.

Dreams of Paradise is out now. Buy here.