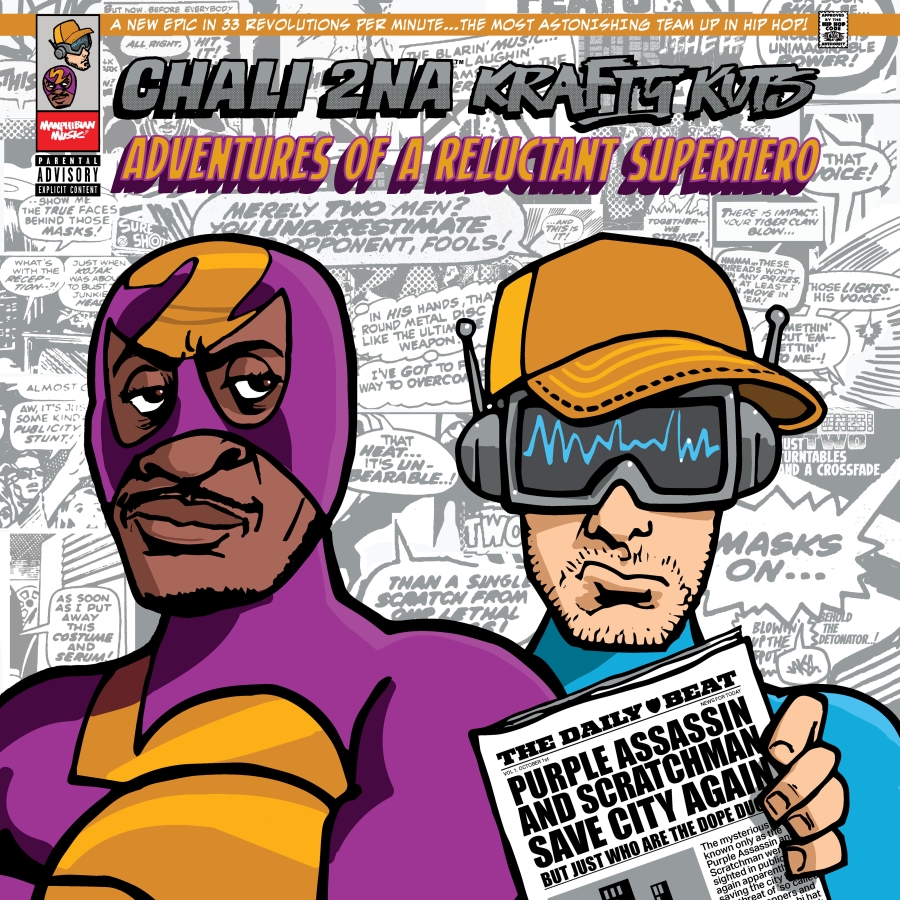 UK electronic producer Krafty Kuts has teamed up with US rapper Chali 2na to bring you  ‘Adventures Of A Reluctant Superhero’, a 15 track album set for release on August 9th on Manphibian Music.

Turntable wizard Krafty Kuts and Jurassic 5’s Chali 2na have been working on this project since 2017 and the pair have played over 150 live shows in the last few years. Long studio sessions as well as world wide touring shows the amount of hard graft that these two have put in to creating an album like this.

The two heroes invited a team of hip hop music royalty such as Blackalicious’ Gift Of Gab, Skye (Morcheeba), Dynamite MC, Omar and Harry Shotta to feature on the release and to make sure this is the funkiest, smoothest slice of hip hop you’ll hear all year.

Both artists have worked with some music legends, such as The Prodigy and performances with The Rolling Stones, so it is no wonder that this album, and everything the pair do – is highly recognised by music heads all over the globe.

Available to buy from all good outlets on August 9th.

Producer and DJ Mungk, hailing from Leeds, describes his signature sound and how it influenced his new 4-track release 'Wood/Water EP'

We take a look at 5 incredible releases from the second half of April that we can't stop listening to, ranging from Breaks, Jungle,...