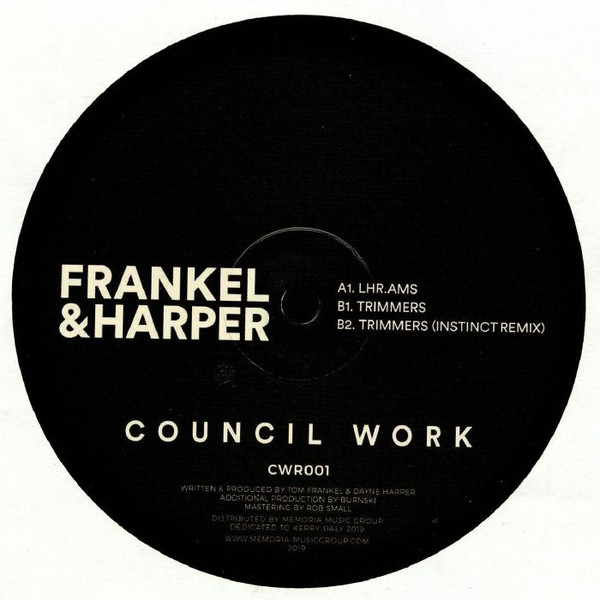 This week saw another big movement within the UKG scene as brand new label Council Work dropped their debut release.

The head honchos are London-based duo Tom Frankel and Dayne Harper, who have come together not only to run the label but as a production duo too, and as Frankel & Harper have put together this inaugural release entitled Trimmers EP.

Containing tracks LHR.AMS, Trimmers and a remix by Instinct, this is a seriously strong debut. Dark atmospheres constructed by shuffling 2-step rhythmics, deep yet soulful basslines with techno and dub influences which can be heard throughout.

Released last Friday this one will be vinyl only for the next 6 weeks with a digital release to follow after that.

You can cop it from the usual retailers; Red Eye, Juno, Phonica etc

Also if you send the guys proof of purchase of the vinyl they will send you an exclusive remix for free!