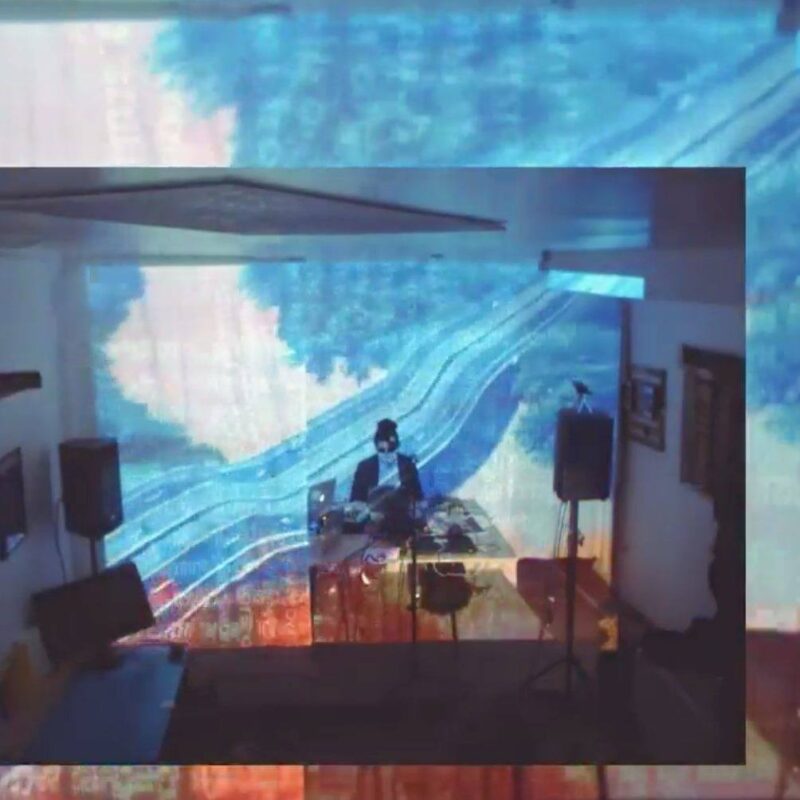 Paris based producer Design Default (aka Romain Roux) last record, the excellent ‘P.H.A.N.E.S’ on French label Club Night Club, was a bit of a sleeper hit, quickly becoming a favourite of UK DJs such as Danielle, re:ni, and Beatrice Dillon.

It’s easy to see why the record got so much love in the UK. Despite it being Design Default’s first ‘club’ record (most of the producer’s prior output came as part of his work as an ambient artist) there’s no trepidation in any of the four tracks on P.H.A.N.E.S. They go straight for the jugular, surrounding the listener with swirling percussion and punishing bass. Added to that, it’s a record that is clearly steeped in the history of the UK techno and bass scenes, hardly a surprise given the foundational role Roux ascribes to labels like Hessle Audio and Livity Sound in shaping his sound.

It’s fitting then that this new record from Design Default comes from one of the UK’s most exciting young labels, Pressure Dome. But if P.H.A.N.E.S took its inspiration from the harder edge of the UK’s bass and techno scenes, then Takama-ga-hara finds Design Default reflecting on the more more mellow, lush edges of that same scene, in the vein of artists like K-Lone, Otik or Leif. These tracks feel naturalistic, both in the palette of sounds used but also in the way that they reject immediacy, often only fully revealing themselves over a period of several minutes.

All of this is anchored by rhythmically dense percussion reminiscent of DJ Plead or fellow Pressure Dome alumni Syz. In many ways, this is club music in its broadest sense: rooted on the dancefloor, but as likely to borrow from ambient, dancehall, Brazilian batucada or Japanese video game soundtracks as it is from club oriented genres.

The EP’s opener Eta Aquariids best exemplifies this genre bending impulse, contrasting tightly wound, intricate percussion with soaring soundscapes which draw on Roux’s background in sound design and bubbling synths that could be insect calls or dripping water. Dublin producer Sputnik One offers a heavier interpretation on the remix, stripping back some elements and lending the drums a more propulsive energy. The B1, Kagura, builds to a crescendo before revealing its centrepiece, a cooling, delay laden synth reminiscent of Japanese video game composers like Koji Kondo or Yasunori Mitsuda. Closer Koinos Kosmos treads similar ground, with rolling percussion complementing fizzy synths and delicate, sun-drenched chords.

Taken together, these tracks feel warm but purposeful, explorative yet functional. Expect to hear much more Design Default on UK dancefloors in the very near future.

Takama-ga-Hara is out now. Buy here.