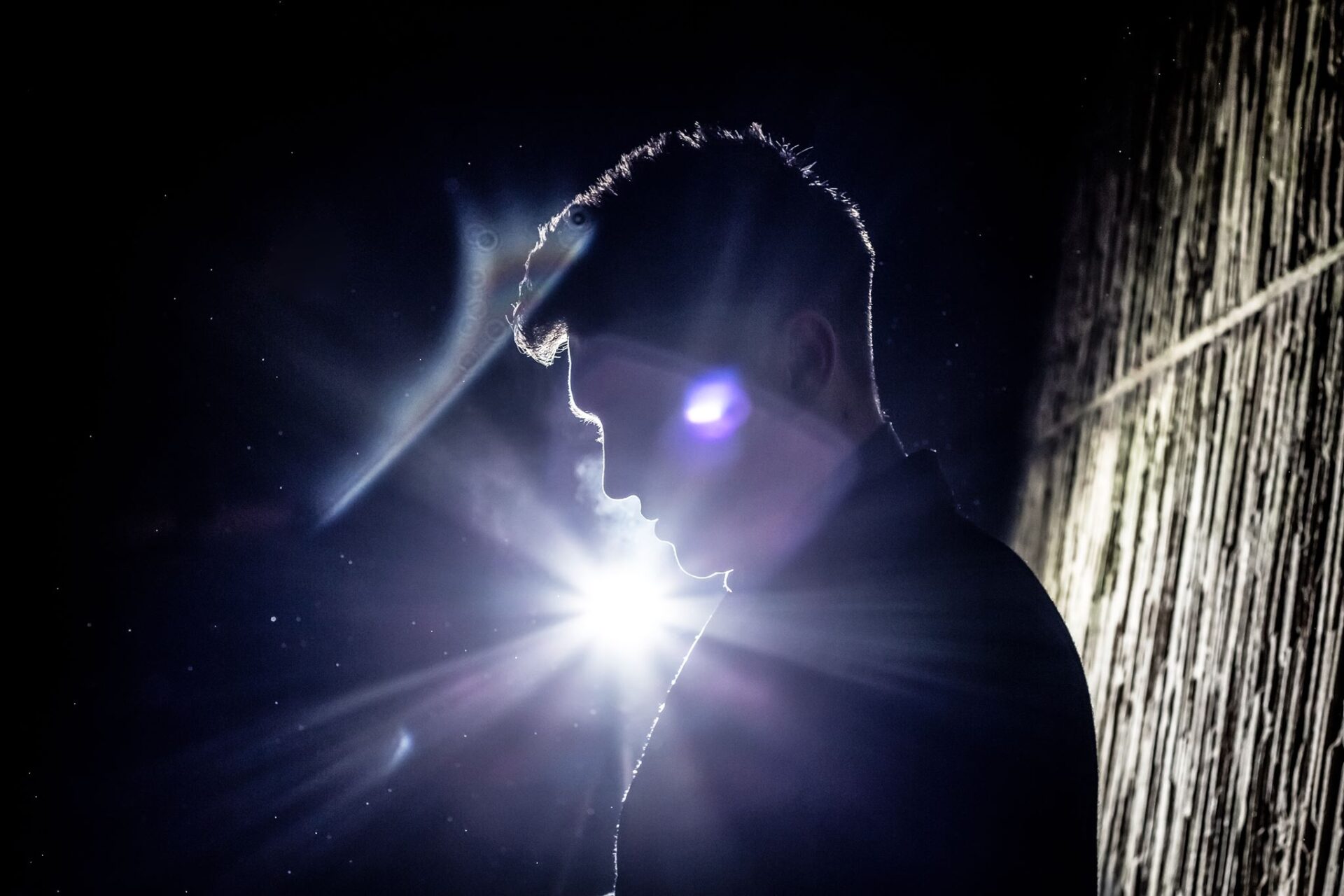 Encompassing a whole host of different influences, the music that Dismantle makes has always been eclectic and comes with the kind of energy that makes it perfect for the dancefloor.

His recently released EP Smack The Door, a collaboration with Van Basten, certainly fills that quota and features a selection of upfront bangers.

We caught up with Dismantle to get the inside story on Smack The Door and working with Van Basten as well as how his year in music has been and what he has planned for 2022, including exciting news on his project with DJ Die and Randall.

Your new EP Smack The Door is out now. How did the making of the EP go?

Myself and Adam (Van Basten) had been writing various bits of music together since around 2017. We’d mainly been focussing on writing some house tracks but we had a b2b gig coming up at Glastonbury (2019) so we wanted to make something a bit harder. We made Smack The Door in a session and I played it at the More Time gig on the Thursday at Glasto. The guys at More Time were interested right away after playing it. I think Rebel Cause was made in a session after that.

Are you pleased with the reaction to the EP so far?

Yeah man, very much so. Had some great support from the people at Radio 1. A varied range of notable DJs from different genres have also been supporting which is always great to see. It’s given me incentive to get a lot of these demos I’m sitting on finished and out there.

Smack The Door and Rebel Cause have different tempos but the same big energy. Did you want the two tracks to show different styles of the music you create?

I feel like they’re similar in the sense that it’s essentially a break with bass. You could say Rebel is a bit more house-y but it all fits under the same umbrella to me. We didn’t really think too much about if it will fit together as a release, we were flicking through some classic breaks used thousands of times and knew they would start a vibe.

The EP ends with your track Runnerz, can you tell us about that track?

This was something I made in 2018. The guys at More Time have been playing this one since around then. I guess it’s a slower tempo version of the style I was making back in 2011 – 12.

The EP is released on More Time Records. How is it releasing on the label again and is there more planned?

Me and Sam (Interface) go way back and have collaborated over the years and its incredible to see what these guys have done since starting their label. I’m always honoured to be involved and I’m sure it won’t be the last release.

How did you and Van Basten hook up to make music in the first place?

I moved to Bristol back in 2014 and have always been good friends with Adam. It was only natural to get into the studio together. We were writing on various bits quite frequently over the years 2017-19. The pandemic has sort of stopped that flow a bit but I’m sure we will be getting back in again soon.

Do you have a similar style of working when you’re in the studio?

I feel like most producers do when you really break it down. Adam always brings stuff to the table which I wouldn’t usually do and vice versa. We both move quite quick and we want to get the banger done in the day to play out!

What are some of your favourite releases by Van Basten?

I’m into a lot of Ad’s GotSome stuff. He made some tribally bits, which I don’t believe came out, that I still play out today.

What other music are you working on at the moment that you can tell us about?

I’m part of a collective called Watch The Ride with Die and Randall. We’ve recently started working with Rinse. We’ve just had a release out with them and did a 4 track EP last year. We’re currently working on a big project for that due early next year. I’ve also got my first two Dismantle releases for my new label, Stations, nearly completed. I also write under an alias called Nuff Pedals. I released an album last year on Gutterfunk and have a new 3 track EP forthcoming on there too and a remix for Addison Groove.

What tracks have been some of the biggest this year for you?

These aren’t really tracks but more what I’ve been into this year. I really love the Silk Sonic project who’ve just released an album. The combo is out of this world and the music (technically and vibe-wise) is miles ahead of pretty much anything else on that scale, commercially. Anything that the label 2000Black release I’m blown away by. They’re a huge inspiration for me. Electronic music wise I’m quite excited about this new I guess breaks inspired hybrid of garage and jungle. A kind of revival of a few sounds merged into one. It’s quite hard to put a finger on what it is – just sick underground music basically. There are some names coming through who are making some amazing stuff.

A weird year but very thankful that I’m a creative and things have opened up again. I’ve really enjoyed getting back out there and gigging. After a quiet year in 2020 I’m ready to push forward with things and get more music out there. Ready for 2022.

What are your other musical plans for the new year?

Getting this label, Stations, going and getting a lot of new Dismantle music out there. Also will be amazing to see all the work put into Watch The Ride with Die and Randall in 2021 come to fruition with the release of this project.

Will there be further activity and new music from Diemantle next year?

I’m still heavily in the studio with Die but our focus is now primarily on Watch The Ride with the Randall. New project dropping soon.

With the return of playing out live again, what festivals and gigs have been the highlights of the year for you?

Tuesday Club was an amazing show I love playing up there. Had a Watch The Ride gig on my birthday for the Rinse party at the Cause which was sick! Summer of Love and Tokyo World in Bristol were also great festival shows.

You can buy/stream Smack The Door here.