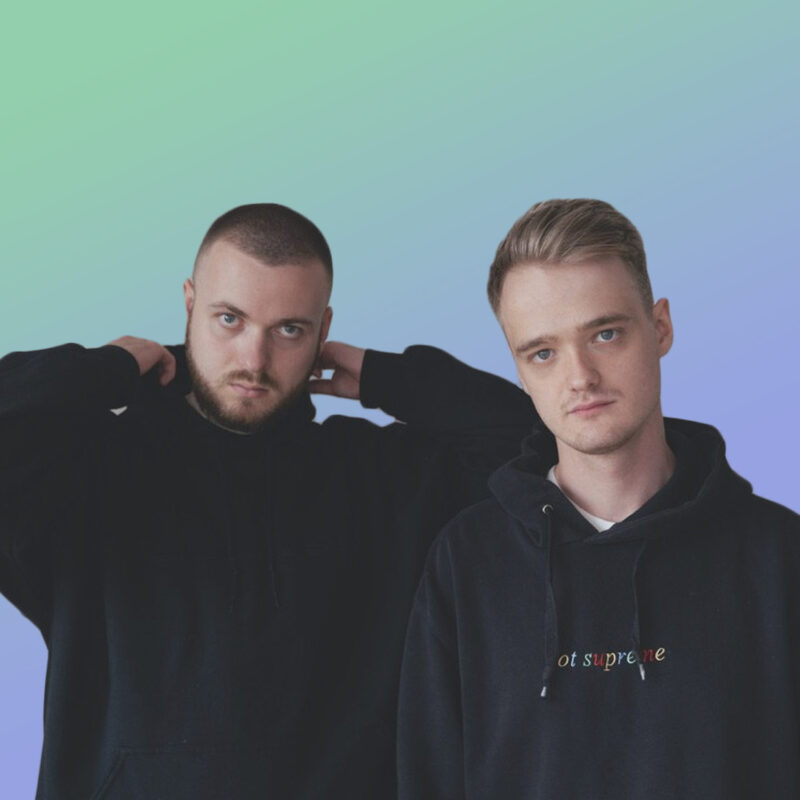 Duke & Jones have been taking the world by storm, both with their music and with their videos going viral online.

The Manchester-based duo’s latest track, Jiggle Jiggle, which features a brilliant Louis Theroux freestyle over a Duke & Jones beat has been doing some insane numbers and that is only the tip of the iceberg in terms of what content they have put out.

We caught up with Duke & Jones to talk about making waves with Louis Theroux, their multitude of videos that have been put out and what music they have put out in recent times.

Your Louis Theroux Jiggle Jiggle freestyle remix has taken the world by storm. How did the idea to do it come about and have you been pleased with the response?

We’re always looking out for new things to autotune for TikTok, either things that are already going viral or classic viral videos or clips of celebrities. The Louis video was actually at the suggestion of our friend Tom, who’d noticed him rapping acapella on Chicken Shop Date. We churn out 4-5 autotunes a week, so at first, we didn’t think much of it besides that it was a bit catchy, but everything that’s come afterwards has been insane.

Were you fans of Louis Theroux and the Southern rap episode that it came from?

Of course! The man is basically a national treasure. I remember flying through all the Weird Weekends episodes when they went on Netflix in Sixth Form, although I have to confess I’d completely forgotten about the hottest 16 of all time until it was resurrected at Amelia’s instigation.

Have you thought about getting him to rap on one of your tracks?

I’m not sure his laid-back drawl would work quite so well over thumping house music.

Your auto tune videos have been getting millions of views. Which have been your favourite ones to do so far?

There are literally hundreds of them so I think we’ve had lots of different favourites. Obviously, the ones that blew up kind of became favourites we could see so many other people enjoying them, especially Louis. We do feel, though, that the late-lockdown banger Banned From The Gucci Store was absolutely top-drawer and has flown under the radar somewhat. Our Storm Eunice reboot of a classic video of an Irish reporter, Treacherous Roads (Don’t Take Risks), was definitely a highlight too.

Have you got plans to do more in the future?

You released the track Vertigo at the start of the year. Can you tell us about the making of the track?

The process began way back in about February 2020, just before Covid started making big moves. Originally, it had a looped soul/house line as the vocal the entire way through, the bass was entirely different, and there was no lead on the drop. Then we got an incredible topline for it, and over the next few months decided it needed some slightly more dense and intricate production. Over Lockdown One we were stuck in our respective bedrooms, and we sent an insane amount of demo options for Vertigo back and forth over about 5 months until we were happy with it. By that point, we had lots of other releases scheduled, so it came out well over 2 years after we started making it – but I think it was worth it!

You have just released the Chill Mix of the song and it was remixed by Cat Dealers too. Are you pleased with how the track keeps on growing?

It started as a bit of a slow burn but it’s been great to see the different versions push the song on, especially the Cat Dealers remix. It’s always fascinating to hear other people’s interpretations of our music, and they put a really cool progressive spin on the song.

Who else would you love to remix one of your tracks?

We came into dance music as massive Sub Focus fans, so I think it would be a huge moment for us personally if we ever got a Sub Focus remix. I’d also love to hear a Taiki Nulight re-imagining of a Duke & Jones tune someday. He’s got such a distinctive style and really unique sound design, and, considering the amount of stone cold club classics in his back catalogue, I’m sure he’d make something fire.

What other artists would you love to feature on a Duke & Jones track in the future?

I’d love to do a track with RAYE someday, I think she’s a phenomenal singer. We did a remix a while back for a song she did with Louis the Child and I remember just listening in wonder to the solo acapella for about half an hour. On the other hand, maybe we should try and get some more legends of British TV – David Attenborough has probably got a fire 16 in him, or maybe Mary Berry on the hook.

How would you describe your live sets?

We usually play energetic house, with some of our own more melodic/progressive stuff mixed in as well. We’re suckers for songs with a 90s nostalgic feel to them, whether that’s from the soulful vocals or the iconic synth sounds of that era. We might have to look at a way to fit Mr Louis Theroux into our sets now too!

How did you start making music together in the first place?

We actually technically knew each other before we were born, as our parents were friends. We went to the same primary school, although we weren’t close back then. A few years later, Luke’s parents dragged him reluctantly round to a New Year’s Eve party that my parents were hosting. We discovered that we both loved making music on Logic (Timbaland-inspired hip-hop beats, at that time). After that, we started going round to each other’s houses pretty much every weekend and just messing around making beats. Once we discovered Avicii and Swedish House Mafia, we got really, really into listening to and producing dance music, and we didn’t look back from there!

What inspires you to make the music you do?

I think all the different experiences and memories we’ve had that are connected to dance music, and house music in particular, are inspiring – whether that’s going to an amazing club night, or just that a certain song reminds you of a certain holiday or time of your life. That then inspires you to channel that vibe into something similar, and hopefully make that summer anthem or memorable club moment for somebody else. Aside from being inspired by where you picture a song being heard, or from a certain vibe or memory, I think we’re also inspired by just listening to the huge range of incredible music that’s coming out of the UK scene on a weekly basis.

There have been lots of different types of highlights! Playing Ministry of Sound main room for the first time felt pretty special. When we were first making a name for ourselves, Zedd went out of his way to shout us out on Twitter and send us footage of him playing our tunes, which was really nice of him and really affirming to us at the time that we were on the right path. I’ll always remember when Flowdan first sent his vocals back for Trenches, too. As guys who grew up listening to him and seeing him at festivals, to then hear him put some absolutely ridiculous verses over one of our beats was such a great moment – I’m pretty sure we just sort of ran around the room in disbelief for about two minutes. Obviously, being in the studio with Louis Theroux has got to be up there as a highlight too – and hopefully, there are some more highlights around the corner!