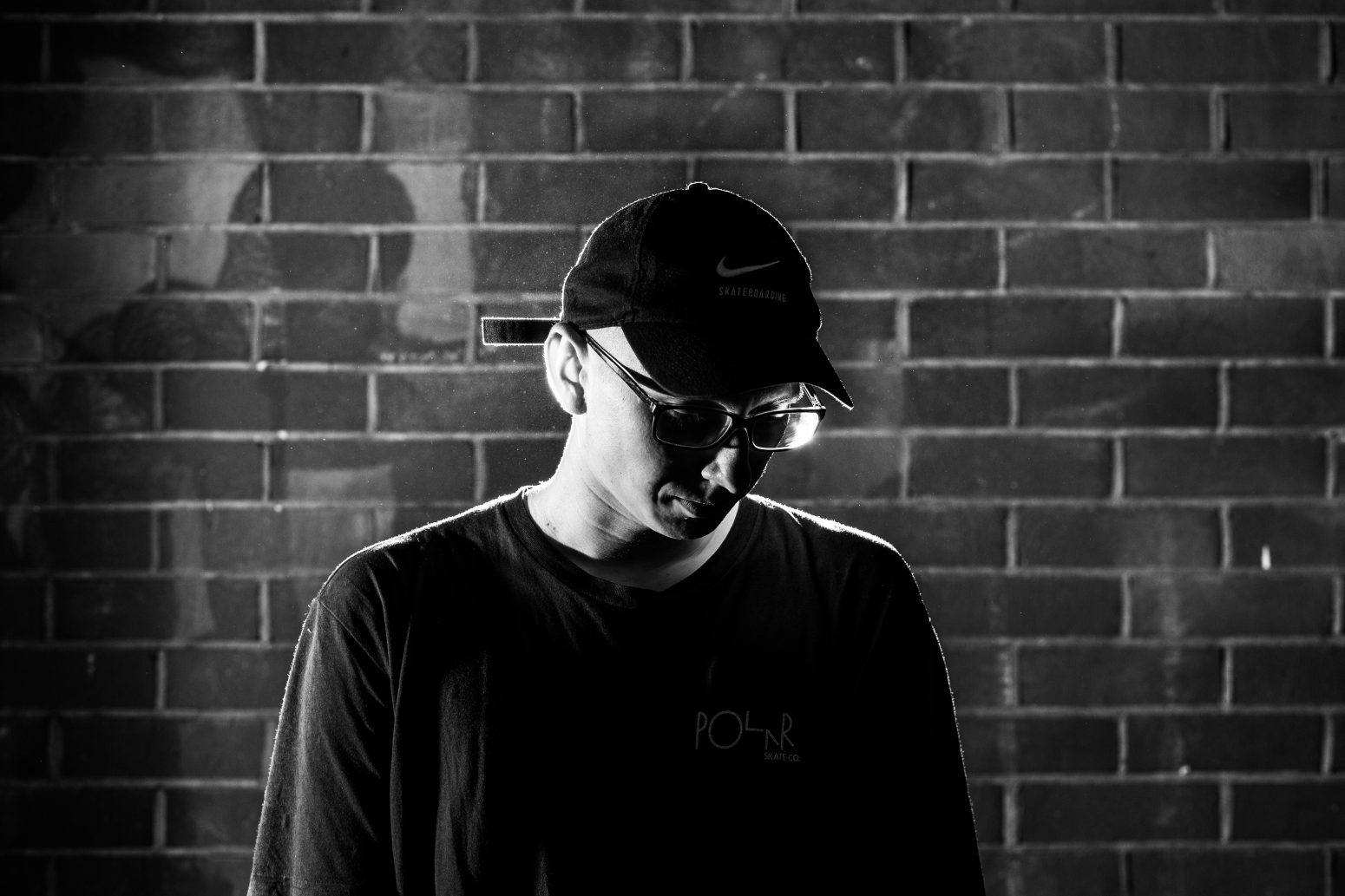 Ebb’s productions, which explore the intersection of dubstep, techno and grime, are currently being supported by some of the most influential DJs around.

His next release, Surface Tension/Bokkei is about to come out on Subtle Recordings, a newly-established label run by one of New Zealand’s pre-eminent sound systems.

We got the chance to talk to Ebb about the Christchurch scene, international collaborations and the importance (and also difficulties) of cutting dubplates.

Your next record, Surface Tension/Bokkei is about to come out on Subtle Recordings. Congratulations on the release! I know that people have been after that one for a while.

Cheers mate! Yeah, it’s had some really solid support, which has been sick. It’s been in the works for a minute as well, so it feels great to have it coming out.

You’re based in Christchurch, New Zealand. How do you feel about the scene there at the moment?

Yeah, it’s a great scene I reckon. There are loads of proper systems here like Subtle Sound System and Eyes Down Sound as well as a bunch of really talented producers like Akcept and Headland. For such a small city, so far away from most of the world, it really holds its own. It’s also cool how open and friendly the scene is here. We get a lot of collaboration between crews, which helps the scene to grow.

New Zealand is pretty isolated from the rest of the world. What (if any) effect does physical location have for you when it comes to making music?

That’s a hard one. With the internet keeping everyone so connected these days, I’m not really sure how much effect it has to be honest. Being so isolated definitely makes it harder to tour and get directly involved in the scene overseas, but I don’t really feel like it impacts the actual musical process, for me anyway. The sounds that have really inspired me have always been UK-based, but being able to just jump on Soundcloud or Youtube or whatever and dig into it kind of negates the physical separation. In saying that though, I do draw a lot of inspiration from the landscape that I live in, so there is definitely some sort of correlation between location and sound for me in a creative sense.

You’ve recently spent some time in Europe and the UK and met up with like-minded producers and DJs. How was that experience? What’s it like to meet people who you might have only talked to online before?

It was brilliant! Having the opportunity to link up with people who you’ve only talked to via E-mail or something is always great as I find it quite difficult to communicate through the internet. You pretty much know you’re already going to be on the same page as you’re into the same music and the same scenes, but having that face to face time is super important to make a proper connection and I’m lucky to have ended up making some really great friends through music. I cop a fair bit of flack from friends and family at home for travelling all the way across the world just to end up sitting at a mates place talking shit, drinking beers and trying to knock out a track, but there are not many ways I’d rather spend my time!

You’ve been getting good collaborations done I’m sure. On that note, any exciting projects to share or forthcoming stuff you want to share?

Yep, definitely did. Just gotta get all the collabs finished now hahaha. I do have another 12” in the works at the moment… Apart from that, there’s not much going really.

Can you talk a bit about the importance of cutting dubplates? You were saying that you’ve been doing this on and off for the past few years.

Yeah, I haven’t cut anything for well over a year now. Basically, I love playing wax and, if given the choice and the resources, I would definitely prefer to keep cutting and playing sets on vinyl. Unfortunately, it’s mad expensive to do so, and I don’t really play enough gigs at the moment to make it viable, so I made the jump back onto CDJs. I still buy records for the collection, and I still play them (I only have Technics at home, no CDJs), but when I’m playing out I want to focus on running new music from my mates and myself, so for the time being, it’s strictly digital. The CDJs do have a positive side though, as you can pull off a lot more technical mixes and blends, so I’ve been quite enjoying getting to know them properly.

It’s looking like studio, studio, studio I reckon. Feeling super inspired after the UK trip, so just gonna ride that wave into summer, focus on writing tracks and enjoy the warm weather once it hits.

Be sure to check out Ebb’s music and grab a copy of Surface Tension/Bokkei when it drops on September 20th.