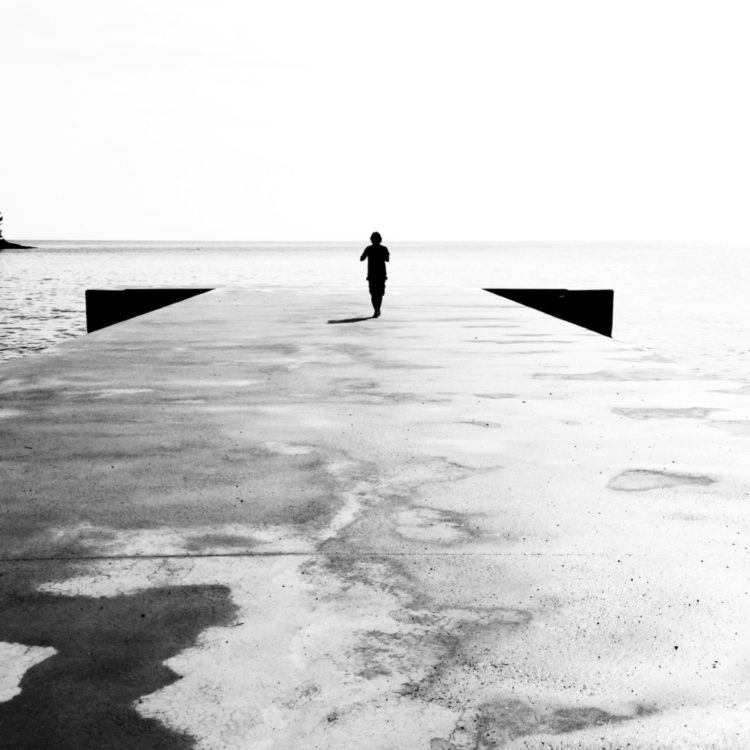 Eagerly standing at the front of a dripping crowd whilst the crowd is so tightly packed against you they could guess your heart rate. You might even be considered naive, as you wait for Egoless to grace the stage, to say you expect to hear a back catalogue of 140 releases from labels such as System, ZamZam, Lion Charge and Deep Medi Musik. But you’d be wrong. You are in for much more than that. The Croatian DJ and producer is known for his live shows that perfectly showcase his influences from a range of cultures and genres by stitching together styles like an interwoven, bass-driven patchwork quilt.

Unfortunately, it has been a long time since many of us have attempted to hum along with the flutes on Empire of Dirt in front of a soundsystem but, in the meantime, Egoless has been cooking up a brand new venture which he has recently teased on his socials. Gratefully, Egoless took some time out of his schedule to discuss his brand-new label, platform, and forthcoming releases with us. He honestly talks about the struggles that the last year has had on him and how music has acted as a vice.

Hi Egoless, thanks for taking some time out to have a chat with us! What is the reason for starting up your own label?

Parallel with heavy touring schedule in 2018/2019, I was also building a new studio, got into Eurorack modular stuff and some weird gear setups. Finally, I could have a proper drum kit inside and be as loud as I wanted. It took time to adjust to new space, gear and vibe inside and all that time I was jamming out various ideas. A lot of those jams were outside of the classic 140 / dub / dubstep vibes I was releasing with Deep Medi, Scrub a Dub and many others. Also, I always had great support for “Selected Works” digital compilations and self-released via Bandcamp. So it came as a natural decision to create my own “official” little space for releasing different music I am creating at the moment – from this, the immaimma idea was born.

That doesn’t mean I’ll stop working with amazing labels like Deep Medi or stop producing bass oriented music like dubstep. I have truly got nothing but love and respect for the labels, music and everyone involved in this interesting scene. But after who knows how many vinyl records, remixes and digitals I have released you really start craving for expanding the horizons and progress more.

You’re well known for taking elements from a variety of genres (from dub to heavy metal) and formulating them into the distinct Egoless sound. Is this eclectic taste something you really want to showcase in future releases on the label?

Exactly, the whole point of immaimma is to create an exciting, personal, no rules playground for musical expression and to be able to deliver that music to the people almost in real time. Also, focusing on video materials and the visual presentation of releases. For now, it will not be a label in a sense of releasing other people’s music but a personal platform for my music.

I want everyone to expect the unexpected and never know what’s next to happen. That’s the way I’m working in the studio these days. It’s like I come in and my mind tells me – “how about some psychedelic noise rock combined with earth shattering bass and modular glitch madness?” “Ok, let’s try if it works”. “A piano album with generative modular processing?” “A techno jazz record with just heavily processed acoustic drums and bass guitar?” “Cool, why the f*ck not?”. There are no limits, just channelling various emotions through music. I want to use that ethos with live shows as well, but that’s a big challenge and another topic.

I always thought my inability to stylistically make two similar records was bad as I was unable to develop my “style” until some people told me that that’s actually the style they can recognise blindfolded, so I started embracing that thought a lot and I want to take it even further.

The problem with vinyl waiting times and label schedules is that by the time your record comes out, you already evolved as an artist and feel disconnected to the piece of music that just came out. With immaimma, although I do plan on doing vinyl records in the future, the main goal is being able to present new music as quick as possible, accompanied with video materials as well. Also I want everyone to be able to afford and download the releases so everything digital will always be released with the “pay what you want” scheme, which I love.

You hint on the immaimma website that you plan on the site being a ‘getaway from social network noise’, what do you mean by this?

…run by algorithms. Basically, rewinding time. Before Myspace was created all bands and producers had their official websites which were of unique and interesting design & content. But after a while they became redundant because everyone was on those “free” social network platforms and it was much easier to connect with an audience. Then, in my honest opinion, it all became a huge mess. People arguing about politics; stupid memes everywhere; covid vaxxers vs. anti-vaxxers; conspiracies; algorithms deciding on what I should or not see; censorship; fact checkers. Honestly, it’s been a while, I have installed an add-on which blocks endless scrolling through my Facebook newsfeed!

The idea is that immaimma is a central hub for my work whether it’s music, videos, blogs or whatever. Social networks are just an extended arm that will lead people to the website. It will take time to fully function but I believe that personal websites will make a comeback as people are really starting to get tired of those social networks and too much information being spoon-fed to them selectively by some AI bullsh*t thats only mission is to sell your online presence to companies buying ads from them.

Interesting and personal example of the absurdity of those algorithm-ran systems is my Youtube channel, which I never really cared about too much. In 2013, I uploaded my unofficial remix of a Dreadsquad tune. Recently, the views started to skyrocket for some reason unknown to me or Marek (Dreadsquad). The tune started to get recommended to a lot of South American people and is now currently at around 4.5 million views. So I should be happy about it? Okay, it’s a cool digi-reggae remix with 2 extra dub versions; it’s nice to reach that amount of people being an “underground” artist but it’s over 8 years old and absolutely doesn’t represent what I’m doing now. So I reckon a lot of those South American people get quite disappointed when they hear my other stuff like dubstep tunes haha! Or they don’t give a f*ck, it’s just another tune in the “recommended next” section.

The teaser for the new LP is definitely getting us excited, could you give us a release date for your first 16-track release?

Thanks! Hopefully in a few weeks. People who follow my work know that I openly talk about my recent anxiety / panic attack breakdown which landed me in ER & therapy and, although I feel much better nowadays, I don’t want to rush things. Due to aforementioned issues, battling with anxiety for well over a year, it was a very hard and stressful record to make but I am excited to present it as soon as possible. There are a lot of tunes on there so it’s quite a versatile sound, genre-wise, which connects to the whole point of the label and its future.

Now, as soon as I release this, I am eager to immediately start on an already well-defined new project that’s going to be a personal clash with my anxiety problems. I just feel the need to let go of those negative emotions through sound so that one will be very heavy, musical and emotional.