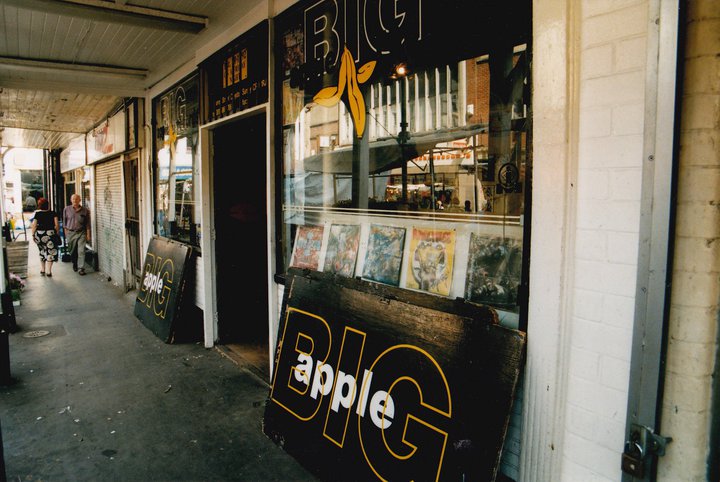 We chronicle how UK Garage became progressively darker resulting in the birth of what we know today as, Dubstep.

Easy, assorted Garage heads its time for a trip back in time courtesy of the Gather boys.

This time we’re going to be chronicling how strands of UKG progressively became darker throughout the late 90s and eventually evolved into the Croydon born sub monster we know today as Dubstep.

The initial roots of Dubstep can be traced back to around 1996 when tracks such as KMA Productions “Cape Fear” started experimenting with sparser arrangements and huge basslines within the garage template (although it’s arguable that the 1st true proto-Dubstep track was Lost Sector’s 1995 Techno B side “Sonic Dub”).

Throughout the golden years of 1997 and 1998, despite the dominant Garage sound still being very much 4×4 driven and swung, more and more producers, particularly in certain white label Speed Garage circles, were stripping Garage further and further back to its core elements as well as under pinning it with far more sub bass than had previously been used.

The true turning point came with the explosion of 2-step around 98/99 and the propensity of its producers to offset the, at times, sickly sweet R’n’B inflected A-sides with far tougher, more rugged dub cuts on the B.

One producer in particular who was drawn to this sparser and dubbed out production style was former Groove Chronicles member and certified UK Garage royalty El-B. During his time as half of Groove Chronicles, El-B had certainly experimented with darker sounds (just check Garage classic “Stone Cold” for a perfect example) no one could have been at all prepared for what would happen when he started releasing material solo. Almost immediately people realised that this music sounded nothing like what had come before and with his trademark woodblock percussion and at times borderline terrifying basslines El-B (as well as his Ghost label/crew) ushered in a new era for the UK scene.

Listen to classics like El-B “Bubble” and Nude “Wake up” from this period and compare them with what came before and you immediately hear how alien and revolutionary this sound was at the time.

Just a few short miles across South London, veteran UK Producer of various underground styles, and aliases for that matter, Benny Ill, along with his nebulous and ever-changing crew, Horsepower Productions, was developing his own take on the darker UK Garage sound. What set Ill apart from the Ghost camp was the huge role his passion for Dub Reggae had on the style of Garage he was producing. He would frequently sample sounds from vintage Dub tracks, as well as from his formidable collection of rare martial arts and Western films, to create a sound all of his own.

Although this sound retained more of the swing of classic era Garage (“Gorgon Sound” and “Classic Deluxe” are fantastic examples of this) than Ghost Produced bits did, it certainly felt in the same vein and a step away from the old and towards new sonic possibilities.

At this time the predominant record shop in South London was (now legendary) Croydon based store, Big Apple Records, that had by this point specialised in UK Garage for many years. It was partly due to this exclusivity that Big Apple became and was seen as a hub for the scene in London and often had any of the new releases first, which was in no small part helped by the fact that many of the current Producers were store regulars and South London locals.

One Big Apple employee was a young DJ by the name of Hatcha who, once he heard this new dark Garage sound, became instantly hooked and began playing it almost exclusively at his weekly residency at the then relatively unknown Garage party FWD. Such was the impact of these sets on those in attendance many, including other Big Apple employees Artwork and Hijak, as well as Hijak’s younger brother, Skream and best friend, Benga, began not only trying to emulate this sound but to strip it back even further until a point was reached where it was almost impossible to refer to it as Garage anymore.

Big Apple’s record label started putting out regular releases of this boundary pushing sound as did the Ammunition Promotions family of labels (Souljah, ShelfLife, Vehicle and future Dubstep power house Tempa). New DJs and producers started popping up all over south London and when FWD moved to the iconic Shoreditch venue, Plastic People the scene finally had a real home. Dubstep was born and London would never be the same again….