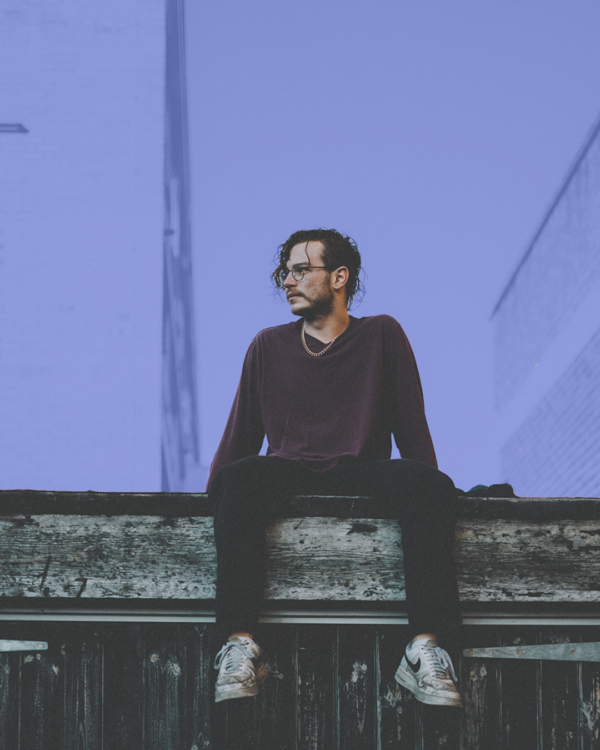 Jung Latch is the alias of East London based composer and sound designer Rupert Galea.

He specialises in experimental electronic music that marries the spirit of rave with his own vision to create amazing music and this vision is personified on his latest EP Esoteric.

We caught up with Jung Latch to hear all about Esoteric and its creation as well as discussing his past, present and future through electronic music including what shaped him as an artist, his love of musical equipment and what he has planned for the rest of 2022.

You have just released your new EP Esoteric. Can you tell us how the creation of the EP went?

What basically happened was I spent about a year assembling the various sounds and riffs I made. I recorded a lot of different parts in different places in the world so there was a wide variety in emotion and timbre. I spent several months working these different recordings into cohesive songs. Then back in December I had a complete wobble, scrapped the whole tracklist and made an entirely new EP in a week and a half.

What have been the biggest influences on the sound of Esoteric?

Old big-beat UK acts like The Prodigy and Orbital had a big impact, as well as lot of modern electronica like Skee Mask Logic1000. The Cool World soundtrack came into it a lot during the writing process as well. Thematically, detachment is a running motif on the EP, I kind of wanted it to soundtrack an introvert’s night out, starting with getting the bus to the club with your mates and ending with leaving to walk home on your own.

Are you working on any new music as well that you can tell us about?

To be honest, as soon as I hit the upload button on Esoteric, I instantly started writing material for a follow-up EP. Just to distract myself from the anticipation really. This one’s gonna be longer and mark a bit of a shift away from breakbeat into more hyperpop and glitch territory. I have a couple of singles to put out that are more club-oriented so keep an eye out for those in the coming months.

Do you always strive to have such a cinematic vibe to your music?

For the moment, yeah. Film composing is my main area of study and that works it’s way into the writing process a lot. Most of the time it’s unintentional but I definitely love to mess around with the contrast between grounded, upfront percussion and atmospheric meditative soundscapes, it hits the sweet spot for me so I’ll probably keep with that until everyone’s sick of it.

You use an array of different equipment to make your music. Can you tell us about what you use?

I keep quite a compact setup these days, I wanted to go for a small network of units with a wide functionality. At the moment I’m using an MPC as the brain of my set up, with an Arturia Microfreak for looping in the leads and basslines, an Elektron Octatrack for the glitchy samples and most of the drum patterns, and my modular rig for recording in the abstract textures and bits of ear candy. A lot of the equipment I used on Esoteric was borrowed from friends, like with the 303 bassline you hear on Sual.

What is the most treasured piece of musical equipment that you own?

Probably my modular to be honest. I invested a lot of time into putting it together and setting it up in a way that works for me, so I can use it in both a studio and live context. There’s this one module on it, it’s like a clone of a Mutable Instruments Clouds that takes granular samples of incoming audio and mangles the pitch and decay of them, and I will never get bored of how that thing sounds.

What would be your holy grail piece of equipment that you would love to get your hands on?

I’d love to get a theramin. Especially one of those old-school Moog ones. There’s just something really vulnerable about how it sounds and I love the idea of being able to hear the human motion on a recording, you’ll never get two identical versions of a melody on it because of the sheer precision involved and that intrigues me.

More of a typical night really. My studio is in my bedroom so after I’ve spent most of the day doing PR stuff or programming visuals I usually wind down before bed with a chilled out hardware jam. Then I’ll get carried away with it and start getting really single-mindedly focused on whatever I’ve been making. Then next thing I know it’s six in the morning and I’ve invented Music 2. The funny thing is, of all the times I’ve wound up working like that, about one in twenty of the end results will ever see the light of day.

Would Esoteric be the best way to describe the music you make?

For this EP yeah, at least in a superficial sense. The tracklist is peppered with a lot of small head-nods and in-jokes that are only gonna mean anything to certain listeners, most of them being people I know.  Just small things like the Withnail and I sample in Sual, the mangled Playboi Carti lyrics in Esoteric and the title Death Cube K being an anagram of Buckethead, for example.  I really admire what Burial injects into his productions in terms of using samples as niche references that a smaller subset of the listenership understands, it gives this sense of “if you know you know” that I wanted to capture in my own work.

What has the reaction to the music of Jung Latch been like so far?

We’ll find out I guess. Before this EP got slated for release, I only really got feedback from radio DJs I pitched it to and my mates. With the former, most of them love to tell me it’s too experimental for their tastes and not accessible enough. My mates say they like it but they’re my mates so they sort of have to, don’t they…

Can you tell us a bit about your musical upbringing and how it has shaped you as an artist?

I started with piano when I was around six, I really hated it at the time but my mum thought it would be useful later in life. She was right to be fair. I got into playing saxophone and drums in school because they were the only extracurricular activities available that weren’t a sport. That got me a bit more intrigued by how music works on a base level and I committed to doing grades in them. After I moved schools I noticed this one guy in the year above me that was insanely popular with people just because he played guitar, so I shamelessly copied him to try and make friends with people. It didn’t work but I ended up getting obsessed with guitar and carried it through to sixth form, where I got more into the production side of things.

How did you get into electronic music in the first place?

Through Kraftwerk. Always been a Kraftwerk fan since I was a kid. Then my uncle got me into more modern(ish) dance music like Daft Punk and Basement Jaxx when I was a teenager. Hearing Sasha’s Airdrawndagger album was a gamechanger for me, really showed me how sophisticated the music can get.

Have you got any upcoming live sets after the EP comes out?

Not immediately no. I’ve been working on putting together a live audiovisual set using this software that produces motion graphics in response to music in realtime, so I’m using that with my synth setup to create a sort of concert/installation hybrid. It’s gonna take a while to get completely right though.

What has been the most memorable set you’ve played to date and what made it so special?

I think the Netil radio takeover I did about a month ago. I just showed up late afternoon and met the Sodaa club crew behind it, who were a really welcoming bunch of people. I had my brother come along with me as well and it was just a very pleasant day where everyone got along.

What have been some of the best nights you have been to?

I got to see Jeff Mills play in Tresor a couple of years ago. I didn’t know much about him as a DJ at the time, only his productions. So when I saw him juggling 6 turntables and two drum machines that blew my mind a bit. Also seeing Death Grips at Rock City was an absolute experience, never seen such energy in a crowd before.

What was the first ever rave that you went to and did that shape you to make music?

I’m pretty sure it was some dingy squat rave in a disused garden centre in Nottingham. I was making my own productions for a short while before that but it definitely got me more curious about DJing and sound system culture as a whole.

If you could collaborate with any artist or artists, who would you choose and what would you love the track to be like?

Probably Iglooghost. Would be fascinating to work his strong command of textures into more UK rave sentiments and see what the end result would be.

What tracks are you loving most at the moment?

Shada Shada by Fracture is really doing it for me right now. Be Mine by Leo Pol is definitely up there as well. I’ve also gotten back into Phil Collins again and have been blasting Sussudio every morning for the past month. My flatmates aren’t keen.

What are your other musical plans for the rest of 2022?

Making it up as I go along really. Besides the audiovisual set and pushing out a couple of singles I’m also pitching a show to a couple of different stations, for stuff on the more frantic end of leftfield electronica.

Esoteric is out now. Buy/stream here.