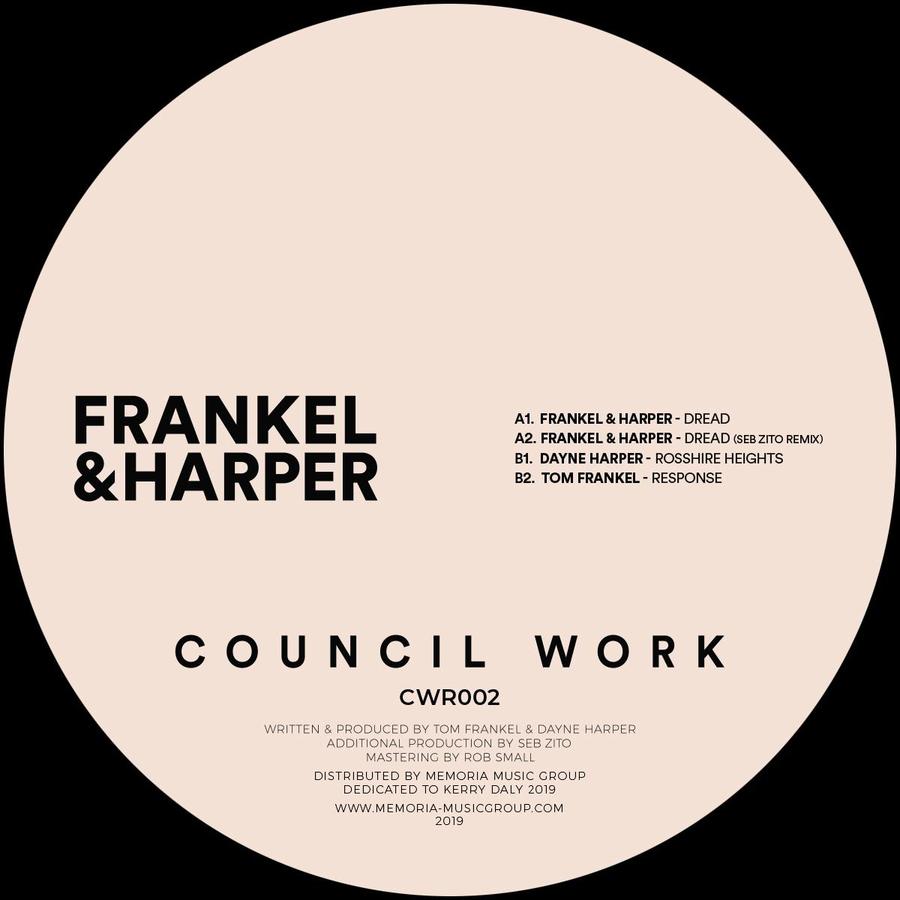 Following on from their sell out first release, Council Work head honchos and production duo Frankel & Harper are set to release their second record.

The EP carries on where the last one left off and takes the levels even higher. Dark and heavy 2-step swingers with subtle influences of Dub and Techno. They have certainly carved out their own sound in a scene with such high quality and high quantity output.

Set for a release around 1st November but available to pre-order now via the usual outlets; RedEye, ColdCuts, Deejay.de