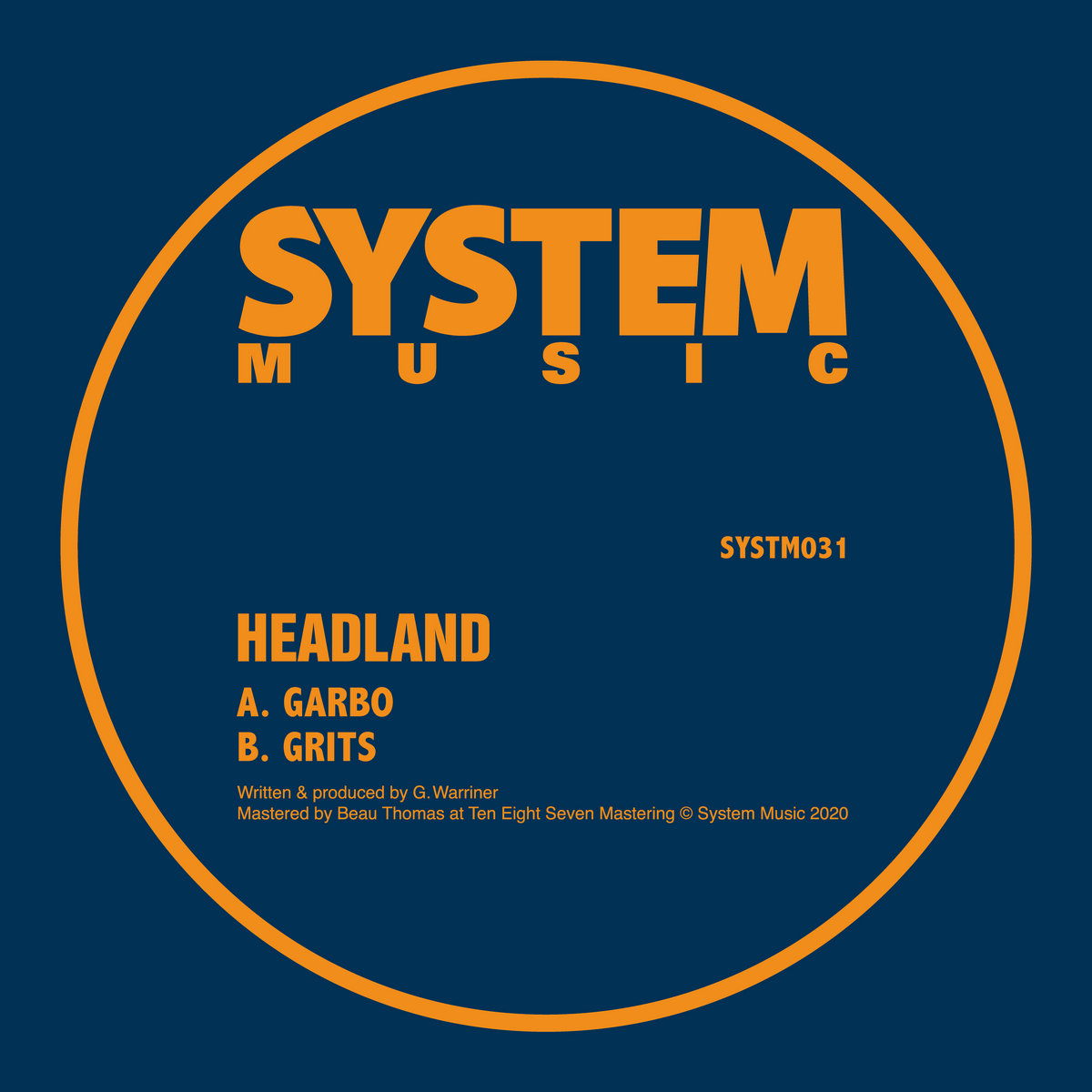 New Zealand native and Dubstep producer Headland has released his third record on the highly respected and much loved System Music label, run by V.I.V.E.K.

It features the much sought after Garbo, which has been causing a stir in the scene for a while now and is backed by Grits.

Garbo, is an absolute monster of a track which rips through the speakers with aggression and bounce. It’s as intimidating as it is funky and as experimental as it is absolutely heavyweight. Bound to shut down every rave in which it graces its presence.

On the B side sits Grits. A skippy stepper of a track with a densely dark atmosphere drenched in digital yet glacial sounds and nuances, easily translatable from the dance to the headphones.

Out now and available to buy now on Bandcamp.