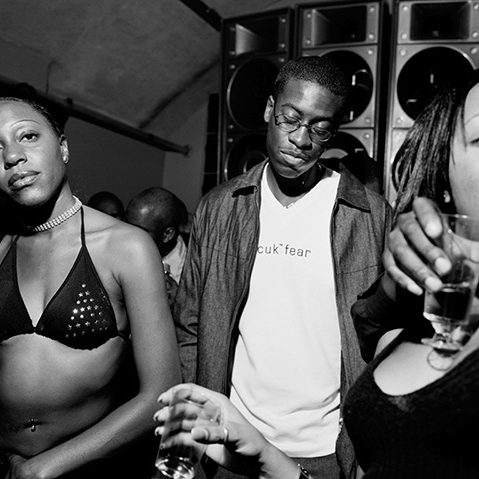 Rewind back to the summer of 2001. Garage was at its peak, dominating the club and airwaves nationwide. If you hated Garage, then you most probably hated life. 2-Step was inescapable. Fast forward eighteen years and that Garage era now seems like a halcyon memory you’ll tell your kids when reminiscing about the ‘glory days’.

Clubs of Central London, Birmingham and Sheffield being kept alive by the sounds of Matt Jam Lamont, Wookie and DJ EZ is a distant past. Memory fails me when trying to think of the latest Garage tune to invade the charts. The only mainstream solace for Garage has been KISS FM’s KISSTORY. I use the term solace loosely here.

We’ve seen the likes of Grime (a birthchild of Garage) and Drum and Bass continue to grow in stature, both in the underground and mainstream. Even U.K Drill, a genre whose musical nuances only marginally better the ever-so confusing U.S mumble rap scene, has hit the festivals and charts – it can’t just be the Drake effect!

Old Skool is a phrase associated with Garage. Outdated is another. Nonetheless, the Undertaker hasn’t come to collect the remains of the Garage scene just yet.

Hidden deep in the U.K music scene are a group of young, burgeoning talents on either side of the production and DJ spectrum. A group of individuals paving the way for a more compelling, fascinating form of UKG. No, Garage is not dead. Garage is not outdated. Garage is not even niche. U.K Garage now has something it hasn’t been able to boast for a good 15 years: stability. A core of pioneers catering to the mainstream but also, a group of fearless and quite simply, excellent, producers paving the way for a new era of potential trailblazers. None more so than Brighton based Producer/DJ, Movement.

Movement is a Garage, Dubstep and Grime producer, who came up through Southpoint – “a record label centred around their motivation for promoting local and lesser known talent, and dedication to reviving their hometown of Brighton’s fading bass and grime scene.”

Sparked by the resurgence of Grime, listening to Wiley’s On A Level is where Movement’s production journey began. It’s here where he discovered Wiley’s Garage productions, a start into the crate digging Garage venture which brings the Brighton-based producer to where he is now.

Movement’s latest release on Resonate Sounds, Ringtones, is a perfect example of how he has taken the Garage sound forward. He prefers “to make music to soundtrack an image or place, not for the sake of making music. N20 Romance is about a night bus I use to take back home. A place where drunk people fall in love and people make friends. When I was making it, I was seeing people on this night bus and having interactions with them…music is designed for the club, but I like to add that level of context.”

Movement and the current generation of Garage producers are a symbol for the hybrid nature which is encompassing electronic music today; juxtaposing different sounds to make something new. No longer can we just pigeon hole genres. No longer can we shove a particular sound into a box. What exactly is modern day Garage anyways?

What one person may call Garage, another may call Grime or Dubstep. As Movement states, “the issue with genres is some people might not call it Garage but it is. People like to put things in a box.”

Just like how we can no longer make specifications for genres, the current Garage scene is beyond the ‘Sounds of the Summer’ tag that it seems eternally stuck with. “The sort of stuff I make is all year round,” claims Movement, “There are darker elements to my tracks. I like making garage for the winter. N20 is dark and metallic. If Wiley made Garage, the vibe will sound similar to what I am making.”

Of course, playing the sounds of 2-step Garage out of open-window cars in the height of summer is a British tradition. Nonetheless, to confine Garage to a six-week period in our calendar is counterproductive. Movement is leading the way in with incorporating darker, more experimental sounds, allowing the genre to have a home not only in the dizzy heights of summer but also thrive during the bristling conditions of our winter too.

Producers are only a one part of the burgeoning Garage scene. The DJ is still paramount. Tailor Jae has been coming up the ranks as a multifaceted DJ; “I’m a versatile DJ and like to play different sounds- I can play Funky, Grime with it, it’s versatile. I can play Garage with Jungle.”

Along with Movement, Tailor Jae notes the importance of the sound living outside its Summer lifespan, bringing the genre to “dingy dark basements.”

For multigenre DJs, Garage is a genre many can’t live without – so don’t you dare call it dated to them! “If someone believes that they have not been doing their research.” She applauds the likes of Witchdoctor and Conducta for “making fresh material,” something which the scene desperately needed.

“You’re always going to get a lot of the same drum patters. Garage got stuck in the ‘I Bring You Flowers’ vibe. DJ Luck and MC Neat seem to be at every bait Garage night. I don’t think they [the public] understand or see the different sides of Garage. Because it got so overly commercialised people don’t see the other sides of it.”

We saw the sound going mainstream being detrimental to the culture. “Going mainstream didn’t do any good for the genre. I would prefer it, personally as a DJ, to stay underground. The right people will appreciate it.”

The inclusion of MCs used to be a cheap excuse, from certain circles, for the decline of the scene; the current landscape of U.K Rap laughs at that notion.

The darker sound of Garage is allowing the possibility of a new generation of MCs to experiment with the sound. Asked if she would allow MCs on her sets, Tailor Jae was encouraged by the idea, “If it was a dark instrumental set I will have an MC on it. EL B has his MCs who hosts over a lot of his sets and give it a sick energy, so it does work.”

What we think and how we think Garage sounds now will be completely different to the view in 10 years’ time. Music will evolve, and Garage is evolving with it. There’s space for the Old Skool to showcase what made the genre so popular; we also have the space for the new generation to keep experimenting with nights, sets and the sound.

There’s a home for events such as Garage Brunch which focusses on nostalgia, to small dingy raves in Sheffield and Manchester booking the likes of new talent like Mind of a Dragon. It may not be invading the charts any time soon, it may not be selling out arenas nationwide but U.K Garage seems to be finally in a place of stability: a destination and sound for the mainstream, for the new and the old. Its a sound that will forever be part of British culture: UKG is past, present and future.