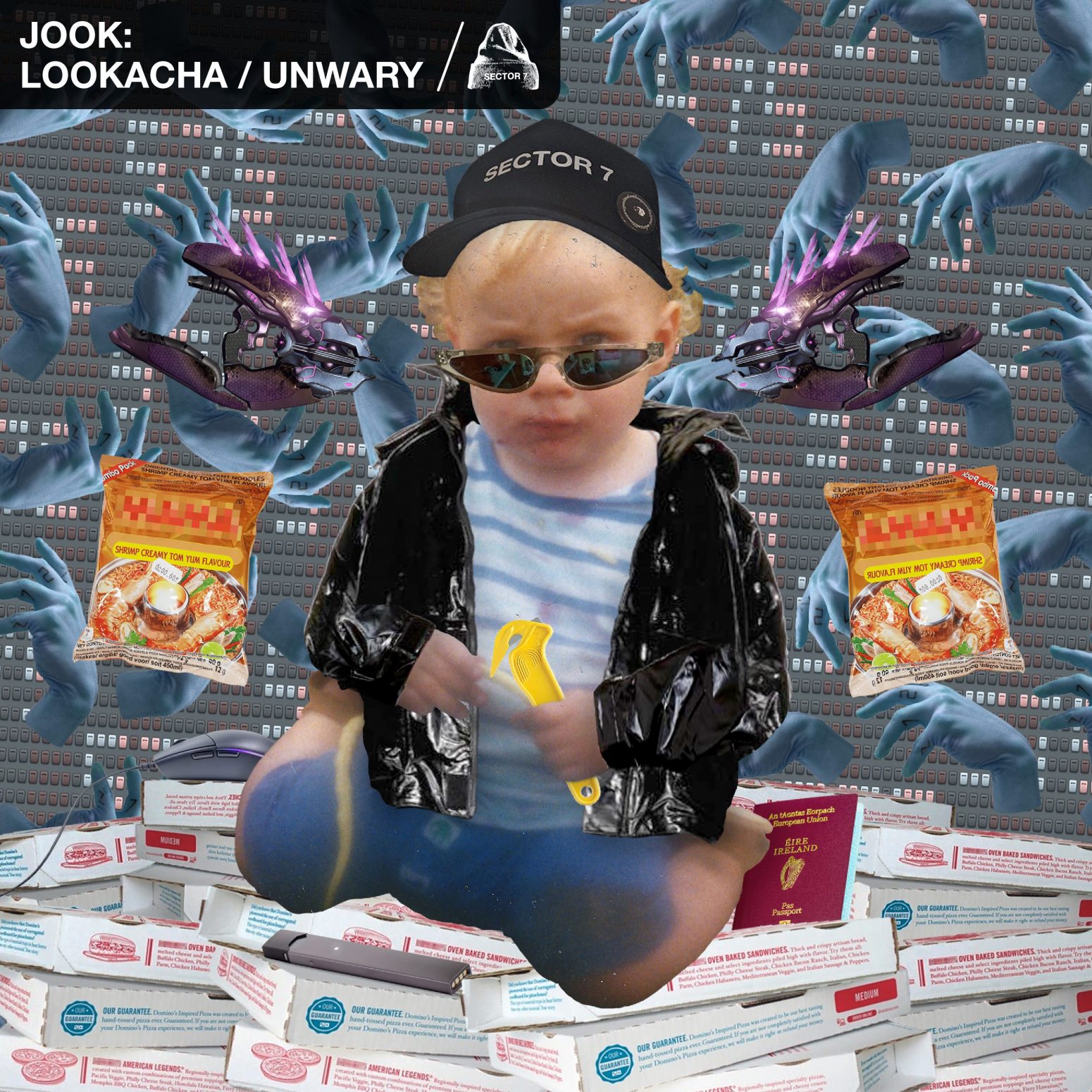 Jook records. They don’t come around very often, but when they do, you stand up and pay attention.

The Brighton-born and Bristol based producer has teamed up once again with Boofy’s Sector 7 Sounds to release his third outing on the label following last years highly acclaimed Flying Nimbus EP.

The new record features 2 new cuts in the mould of his signature style, a superbly executed mutation of Dubstep, Grime & Drill influences. On the A side sits Lookatcha, a stone cold banger built to do damage in the dance with its skippy thudding percussion and mechanical like sonics.

On the flip we have Unwary, a real beauty of a track. Its foundations are deeply rooted in Trap/Drill traditions, a beautifully deep and dark, wavering bassline peppered with head nod inducing kicks and claps but all held together and juxtaposed by a wonderful, glass-like melody which is haunting and enchanting in equal measures. Heavy!

Once again featuring the amazing artwork of Lemzly Dale.

Official release date is 29th May but vinyl pre-orders will be dropping this Sunday on the Sector 7 website so get over there early to avoid disappointment.