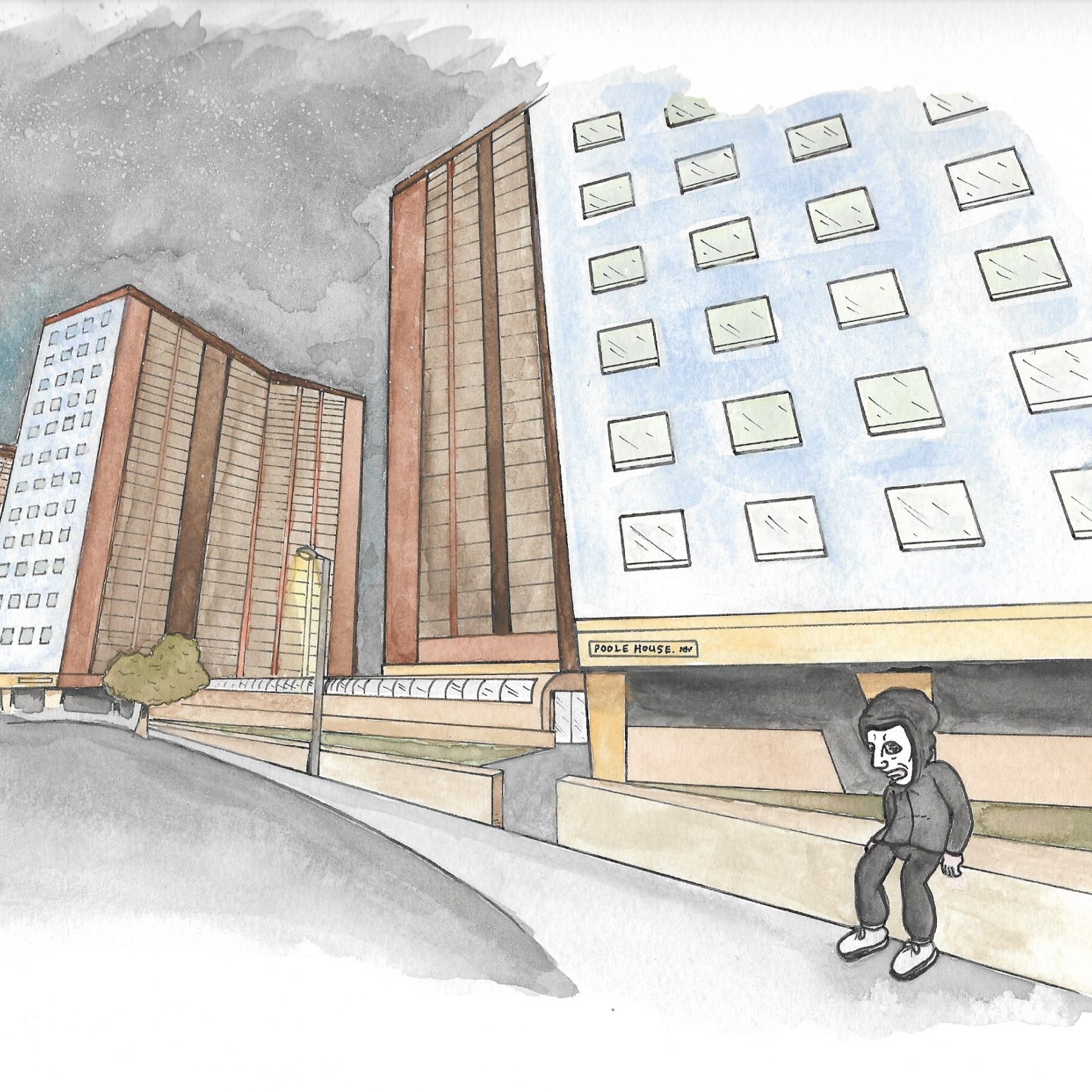 Bristol based producer Mobes is an artist that we have been supporting for a number of years. Mobes has been grafting hard in terms of music production, and all of his hard work and effort has paid off. His debut album, entitled ‘Poole House’ is set for release on the 15th November, on Smho Wal, an independent label run by our good friends Dusty Ohms and SupaSaiyan.

Featuring 10 tracks, the project is a cinematic journey into Grime, pulling influences from Dubstep & Garage. Icey synths, tight beats and atmospheric SFX, are sewn together with a thought out shattering of samples. His use of samples alongside heavy drum beats and grimey basslines highlights Mobes’ ability to mold and shape sounds to create an original musical narrative, something that is hard to do in todays highly saturated scene. It is fantastic for us to see underground producers gain the recognition they deserve through independent labels such as Smho Wal.

‘Poole House’ will be available to buy on limited edition cassette tape and also digital formats on the 15th November. In the meantime, you can pre-order on Smho Wal’s bandcamp and listen to the premiere of Lady A on our Soundcloud and Youtube!

Once again, congrats to both Mobes and the label on such an authentic album. Keep up to date with everything Mobes is up to by following him on Soundcloud.