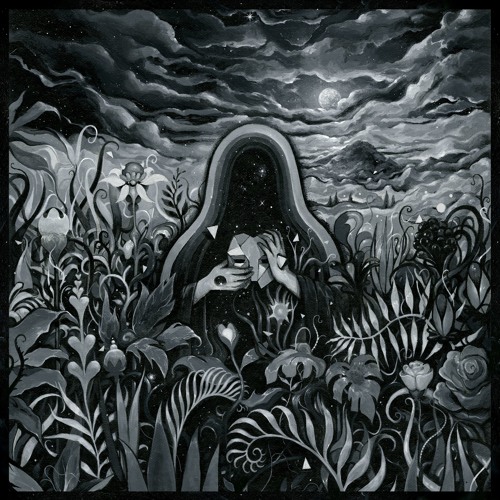 Monuman may not be a name that is instantly familar, but is the alter ego of Conor Corrigan, better known to many as Drum & Bass producer Emperor. After releasing more left field music with Inspected, he decided to create an alias dedicated to his non Drum & Bass productions and consequently Monuman was born.

Following his debut Monuman EP, The Polychoral, released last year with Inspected, Monuman has followed it up with a 15 track epic LP which has been in the works for the past 3 years and said by Monuman to be a labour of love.

Monuman has really displayed his versatility not only as a producer, but on a musical level channeling into sounds, styles and textures we hadn’t heard previously with his Emperor alias.

He opens the record with ‘September’, the intro of the track really sets the tone of the album with its futuristic synths before unleashing an onslaught of halftime heftiness.

He throws quite a few curveballs in the mix on this album, such as the insanely wobbly dubstep curtesy of the track ‘Ratty’. Other highlights on the album include the dark and moody sounds of trappy ‘Sinking’, smooth & silky lo-fi vibes from ‘Summer Roads’ and the Future Garage style with the penultimate track ‘In Those Eyes’.

The album closer, ‘Emerald’, is a more downtempo, luscious piece which starts with a soft arpeggiated piano line before crescending to an epic climax that concludes the album in a beautiful way.

As mentioned earlier, Monuman has truly outdone himself on displaying his versatility on this album and truly offering something for everyone. I feel with this album, he has shown that he is able to pretty much turn his hand to any style/genre and nail it flawlessly.

Provenance LP by Monuman will be released 29th March 2019