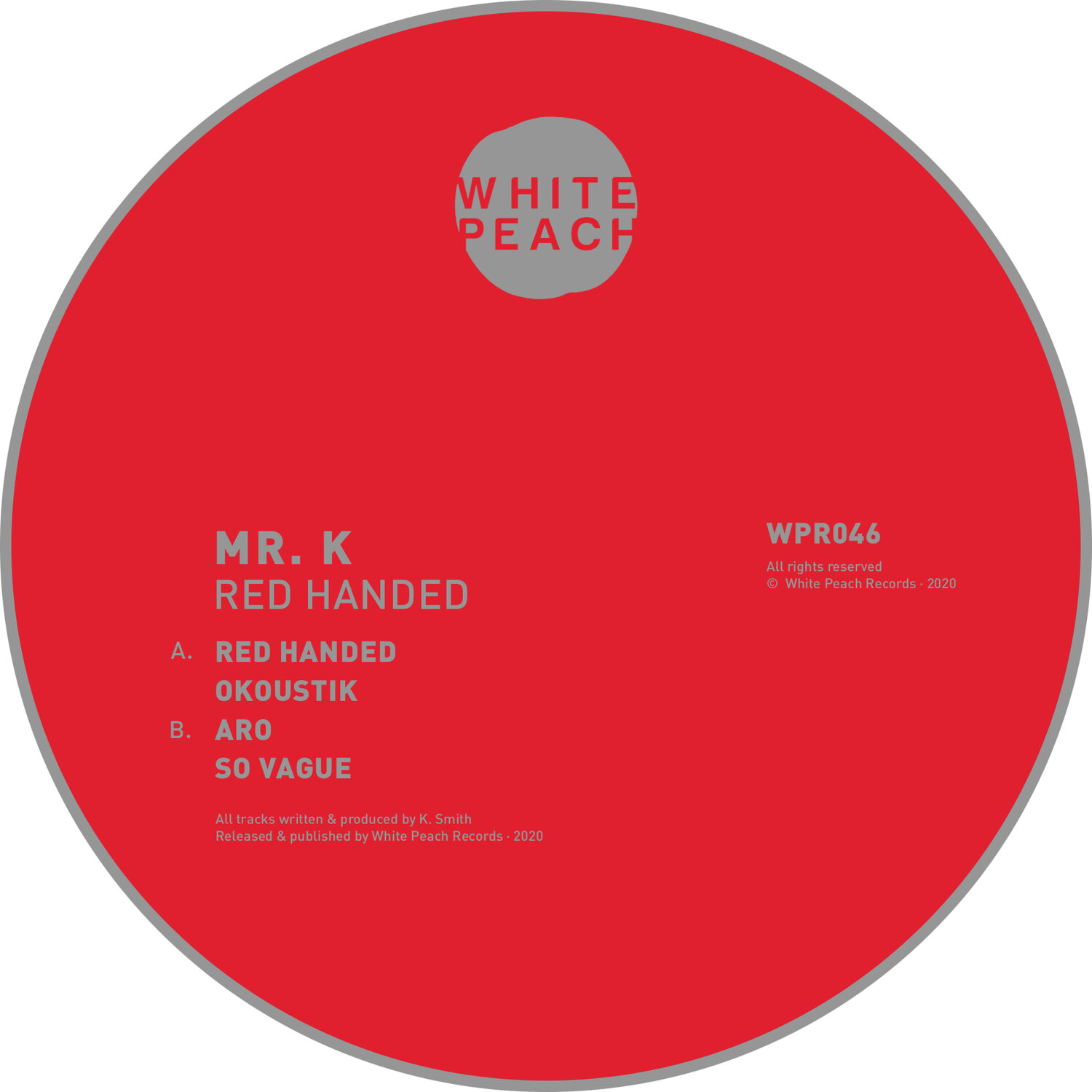 Hailing for Ipswich, Dubstep producer Mr. K has built a reputation as one of the best in the game having releases on some of the top labels about. Most notably Wheel & Deal, Deep, Dark and Dangerous and White Peach…and it is with the latter he returns.

With all the clout and weight of heavyweight boxer’s fist comes his Red Handed EP, his third solo outing on the label run by Zha which has become known as one of the go to labels for Dubstep, Grime all anything that falls in-between.

Made up of four brand new tracks jam-packed with all the deep sub-lines and crashing percussion you would want from a Mr. K project. The cold and intimidating sound of Aro on the B1 in particular is very special.

The White Peach train continues on and shows no signs of slowing.

Out 17th February but available for pre-order now via White Peach directly.