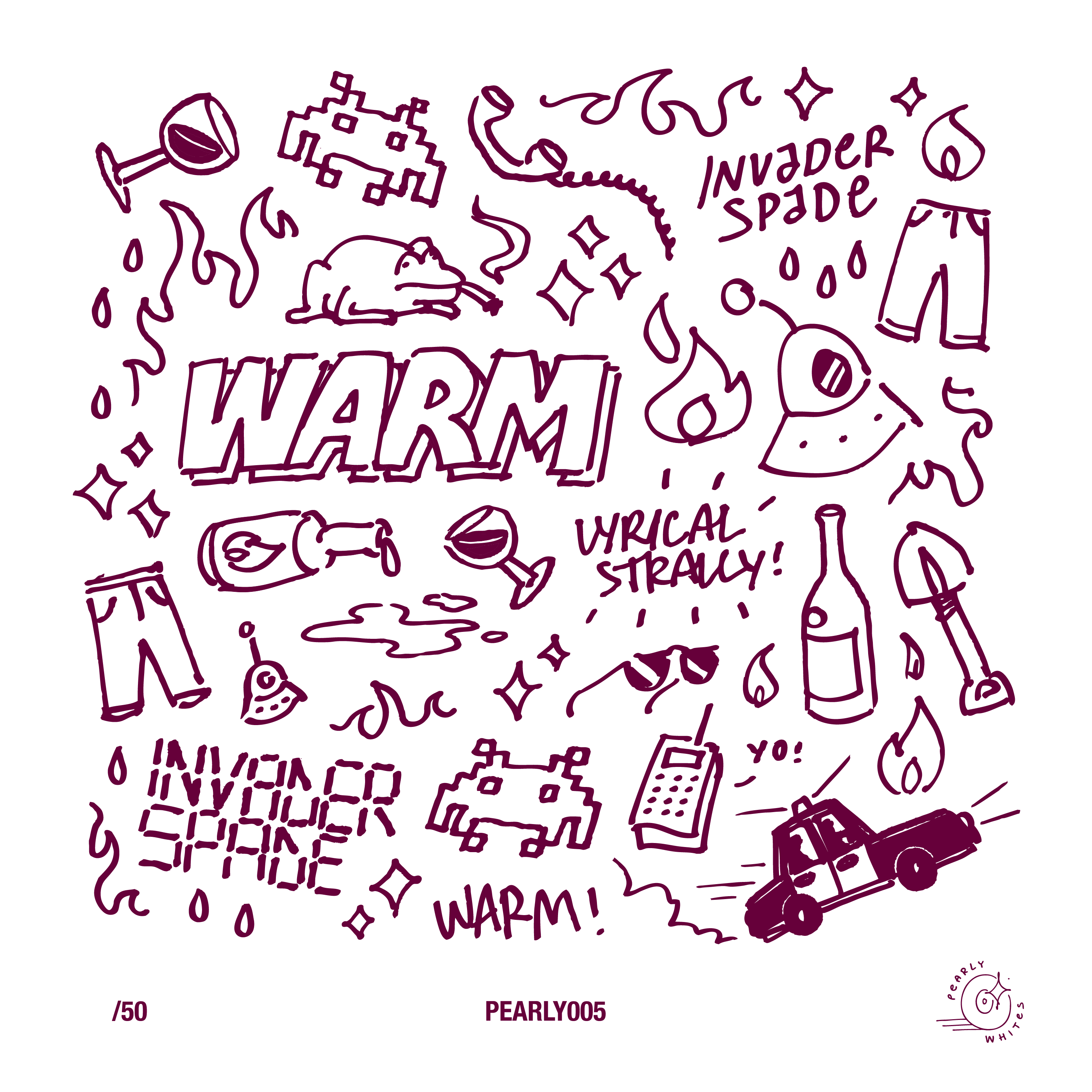 Pearly Whites pounce into 2018 with their latest 005 release from Invader Spade.

The lead track, ‘Warm’ is a sample based Hip Hop number by Invader Spade which, paired with the Grime vocals of London’s Lyrical Strally makes for a head nodding, gritty yet chilled affair, the kind of track you want to be listening to on a decent set of earphones whilst travelling on the top deck of a bus soaking up the colourful city vibes of the outside.

Joined by tracks ‘Jeans2’ and ‘5 0’, this is available on vinyl early release right now and if you order directly from their big cartel page, as with previously PW releases, you’ll receive a limited edition, hand numbered screen print. Be quick though, only 50 of the prints are up for grabs and only 300 of the vinyl full stop.

Bristol based Lemzly Dale heads up this label, and as I’ve mentioned before the Bristol crew are always doing great things, Lemzly and Pearly Whites included. So connect with this label on socials to keep up to speed and show them some love <3