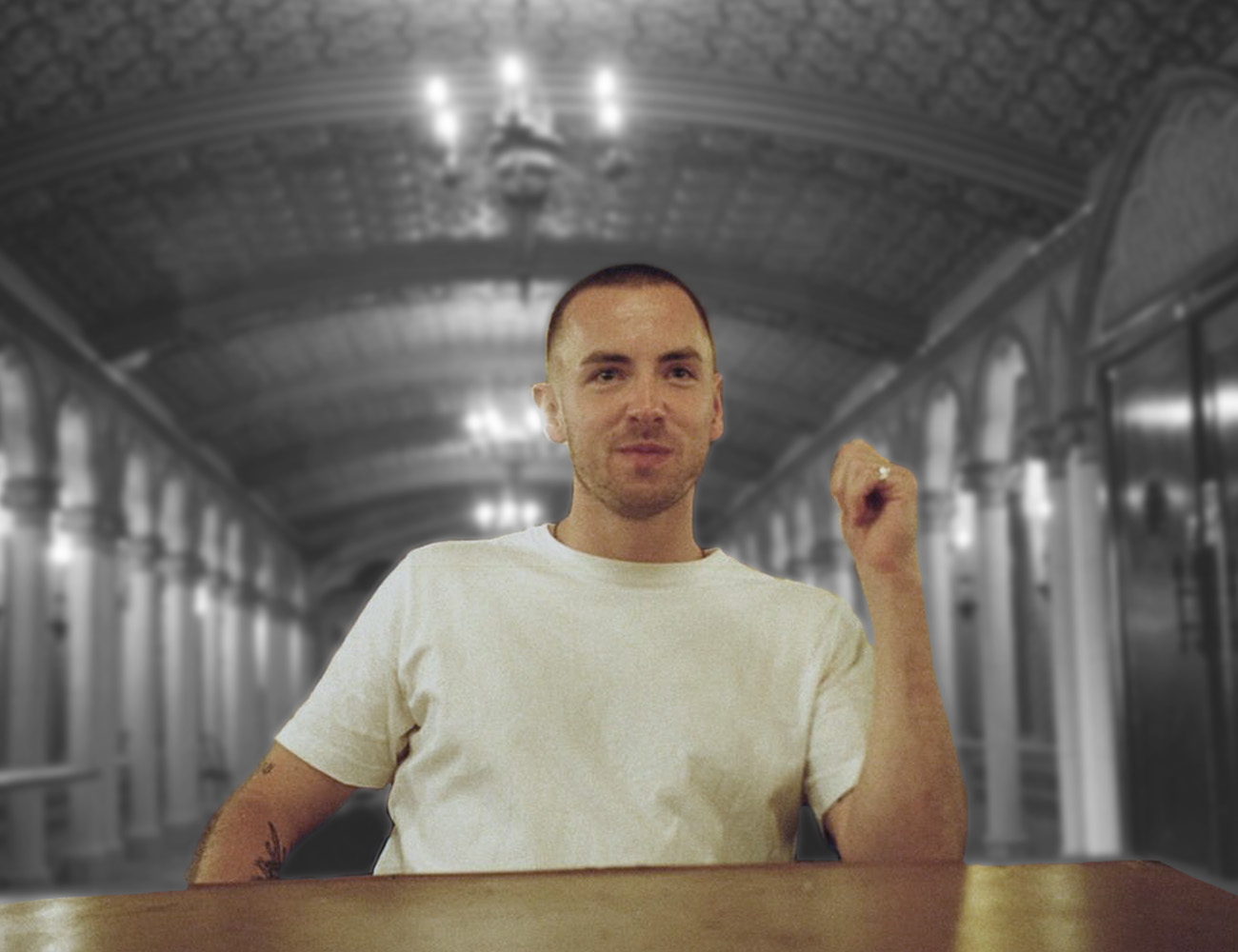 Ploy has just released his new EP Rayhana, the first on his brand new label Deaf Test, a hugely impressive collection of upfront and forward thinking tracks aimed squarely at the dancefloor.

We caught up with Ploy to talk about Rayhana and the creation of the EP as well as his brilliant debut album Unlit Signals, running his own label and releasing music on labels like Hessle Audio and L.I.E.S.

You have just released the Rayhana EP. Are you excited to get out there?

Yes, it was made at the start of lockdown so it feels like an even more drawn out process than usual given the past 18 months, I’m pleased for it to finally be out.

How did the creation process of the EP go?

I had some ideas for influences for this record so I compiled some source sounds and samples to work from and started piecing together the tracks. Then it’s a process of experimenting and building on the ideas then eventually refining them. The initial ideas came together pretty quick, the refining process a little longer over a few months.

What have been the biggest influences on Rayhana?

Baille funk is the theme for the majority of the EP but combined with UK style influenced broken rhythms. I love the vocals on a lot of that music so I wanted to incorporate a little of that in these tracks.

The EP has already been supported by Ben UFO, Surgeon, Simo Cell, Call Super, Batu and Pearson Sound. How inspiring is it to have your music supported by those artists?

It’s always nice when people are into the music you make, no matter who they are. Initially you’re just writing music for yourself so it adds a new dynamic to the process when other people enjoy it.

The EP is the first release on your new label Deaf Test. As it is your label is it inspiring or scary to be in total control of every aspect of releasing your own and other artists music?

I started the label so I could have full control of all aspects of the process, meaning everything would be personal to me, i think that would always have been the natural progression for me. Maybe that would’ve been a bit more daunting earlier on in my career but I felt very ready at this point.

Have you got any more releases coming up on Deaf Test that you can tell us about?

The next one will be more music from me! Early next year at some point is the plan.

How long have you wanted to start up your own label and what do you want the label to achieve?

I have always intended to eventually have my own label since I first started releasing records, so almost ten years now. I want the label to be an outlet for me where I can take it in any direction I want.

You’ve released music on the likes of Timedance, Hemlock, Hessle Audio and L.I.E.S. Were those labels a big inspiration on Deaf Test?

I think I’ve always taken bits of influence from each label I have worked with and there are always large aspects of the labels I resonate with. The main thing they all have in common is a shared similar ethos for the music. Essentially the quality and love for the music they release comes first before any other direction, it has to fit the label and isn’t compromised by any other factors. That’s the same approach I want to take with Deaf Test.

How did your debut Deaf Test night in August go and what was the ethos behind the night?

It was great thanks, it sold out just before the event which was surprising. I’ve opted to not release line ups and hope that people come based on trusting my taste, so for it to sell out was an initial success. My favourite parties and clubs are ones that feel like they have some sense of community involved, the same people going back every time. Those types of club nights are few and far between so i’m trying to build something like that .

What were the highlights of the night?

Parris wearing a red beret and playing that Alice Deejay x That’s Not Me mashup youtube rip. Also Kode9 in the booth asking me if I was playing a song with bagpipes in.

Have you got any plans for other Deaf Test nights to showcase the label at all?

As the label is just me I guess every deaf test is a label showcase if i’m playing it.

Have you got any other live dates planned at present?

December 4th is the next Deaf Test party, at Venue MOT in Bermondsey!

How does it feel to be back playing out after such a long hiatus with everything going on over the last eighteen months?

It’s been a real joy, I underestimated how much I missed being in clubs and playing great parties. Let alone being able to travel again and meet great people on the way, it’s given me a new lease for life.

Your album Unlit Signals came out earlier in the year. How has it been received so far?

I think it sold well and feedback i’ve had is that people were into it, hard to really know which records reach or make an impact on people. On the whole I think it’s gone down well though.

How was the experience of creating the album?

It was quite a long process for me, I had quite a specific aesthetic and theme I was working towards, something that would fit L.I.E.S appropriately but also sounded like me still. Being commissioned to write an album for a label as opposed to just writing music for the sake of it is quite a different process. There’s a little more pressure involved and more to think about stylistically, it’s good to work within boundaries sometimes though as it focuses your sound a little more.

The tracks on Unlit Signals have an atmospheric and cinematic vibe to them, as well as a darker one too, was that always your intention with this record?

Yes, very much so, L.I.E.S has a specific sound that runs through everything the label has put out. I wanted to achieve a similar style whilst putting my own influences on it. Darker/ atmospheric and slightly harsher than usual was what I was working towards.

The track Molotov in particular has a bit of a jungle and drum & bass vibe about it, has that music been a big influence on you and your music?

Not hugely, when I first started going out when I was much younger drum & bass was something i would listen to and buy so it’s always had some bearing on my taste. I think the thread of sound system culture / music that runs through most UK dance music was more of the influence in Molotov. That obviously plays a large part in drum & bass. The warped break running throughout Molotov obviously sounds a little like Jungle though.

Unlit Signals and Rayhana have totally different sounds but still have similar vibes, do you want your music to be eclectic but still recognisable as music by Ploy?

Yes, I think progression in sound is important so ideally i would like new material to be a slight departure to things i’ve made previously. I’m also conscious of maintaining similar themes at times to link all my music together.

Have you been working on any other music that you can tell us about?

Just the second record for the label that I mentioned earlier, a couple of remixes I can’t say much about and as always just working on new material when I can.

You did a week-long residency on Rinse a while back. How was that experience?

That was a long time ago, I just remember having to be there quite early in the morning. Playing dance music first thing in the morning isn’t that pleasant. I prefer something more chilled with my breakfast.

What have been some of the highlights of career in music so far?

Travelling mainly! Especially when I’m on tour with friends. Mine and Batu’s two weeks of shows in Japan and China is something I’ll remember fondly even if I was vomited on in Beijing. Making a record for L.I.E.S is another big highlight for me, I’ve been following that label closely for many years so coming full circle and working with Ron was great.

Rayhana is out now. Buy here.