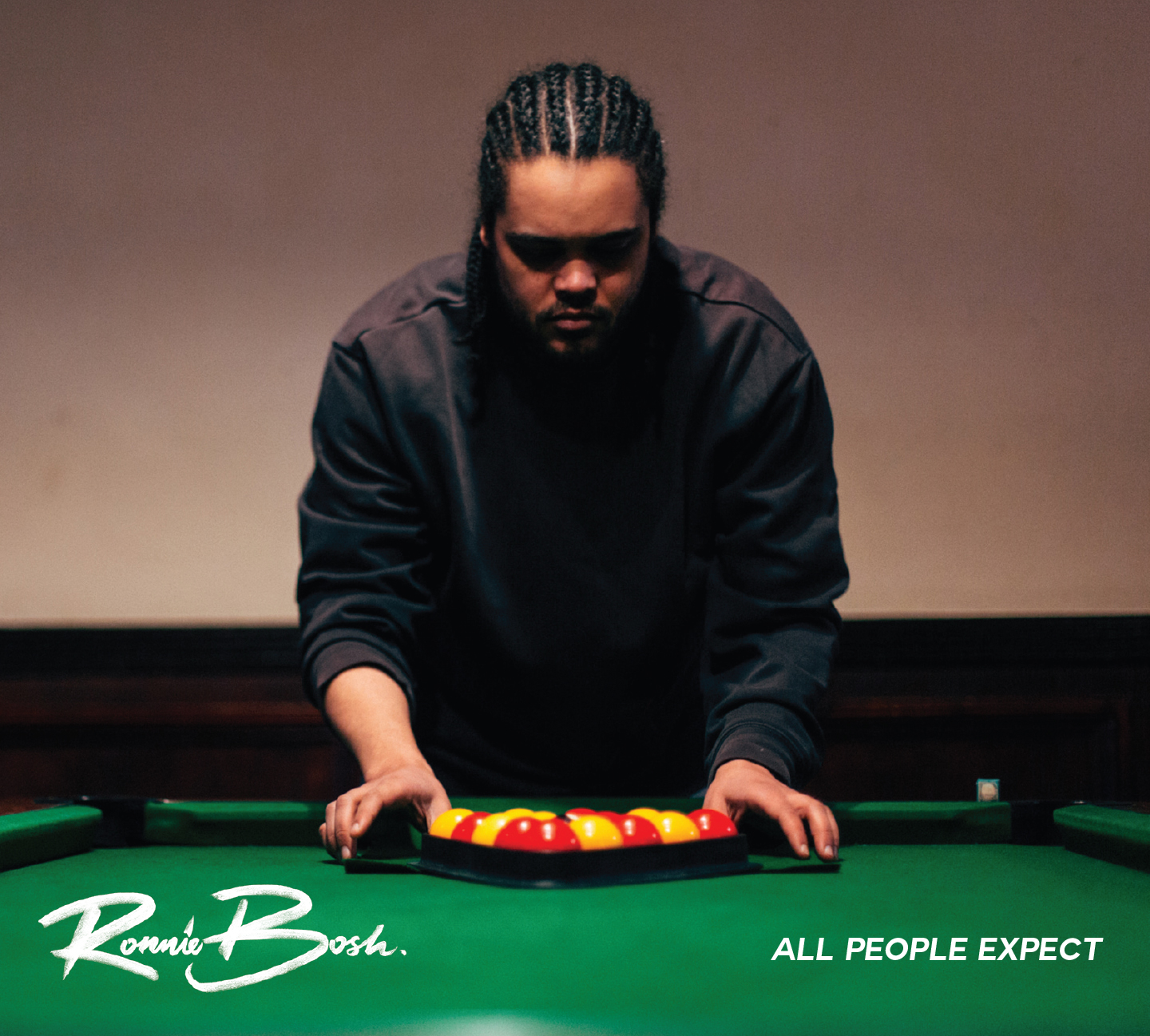 There is no doubting the talent of Ronnie Bosh.

His voice is distinctive, dripping with charisma and swagger. His lyrics will have you cracking up in laughter then one bar later, will have you deep in thought.

He is best known for his work in Hip Hop supergroup Contact Play, and now he joins the rest of the members (Dirty Dike, Jam Baxter, Ed Scissor & Mr Key) in releasing a solo project…and we can confirm it’s f***in’ great!

The London-based rapper’s debut solo album has dropped on High Focus Records and its entitled All People Expect.

What you can expect is Ronnie’s witty and playful lyricism on every track. His compelling vocals punching through with the force of a freight train. You can’t help getting caught up and captivated by the man.

You can also expect to hear Dirty Dike at the top of his game, having produced the entire album with addition production from Pete Cannon. His cinematic, jazz and soul infused cuts set the scene in a really profound way and in my opinion, this is arguably his best ever work.

and maybe most exciting of all, expect to hear a full Contact Play reunion for the final track.

Available to buy now on vinyl and digital formats.

IsGwan – Case Of The Can (B&H Records)

We premiere a melodic, jungle-inspired beauty from the Melbourne-based artist, lifted from the latest V.A compilation from B&H Records