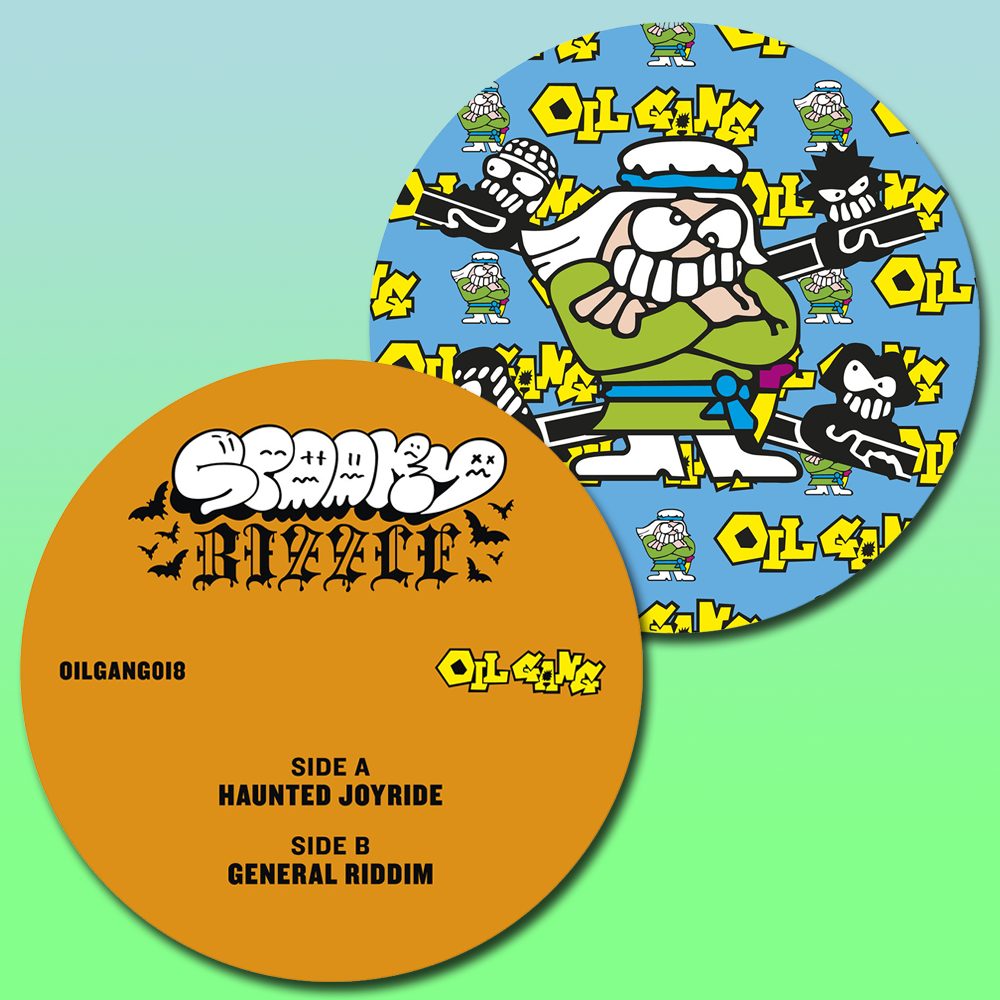 Very few feelings are quite as good as when that tune you’ve been wanting finally gets a release.

A flip of the original Joyride from 2005 and Coolie Joyride from 2013, Haunted Joyride has been causing a stir everywhere its been played and will be put out over two separate releases.

One release sees the instrumental on side A paired with General Riddim on side B.

The other is entitled Version Excursion and features four different vocal versions from Riko Dan, Mez, Nasty Jack and PK. All versions here are top notch as expected from the best in the game.

Official release date is December 13th but you can pre-order both now at the Oil Gang Bandcamp page.