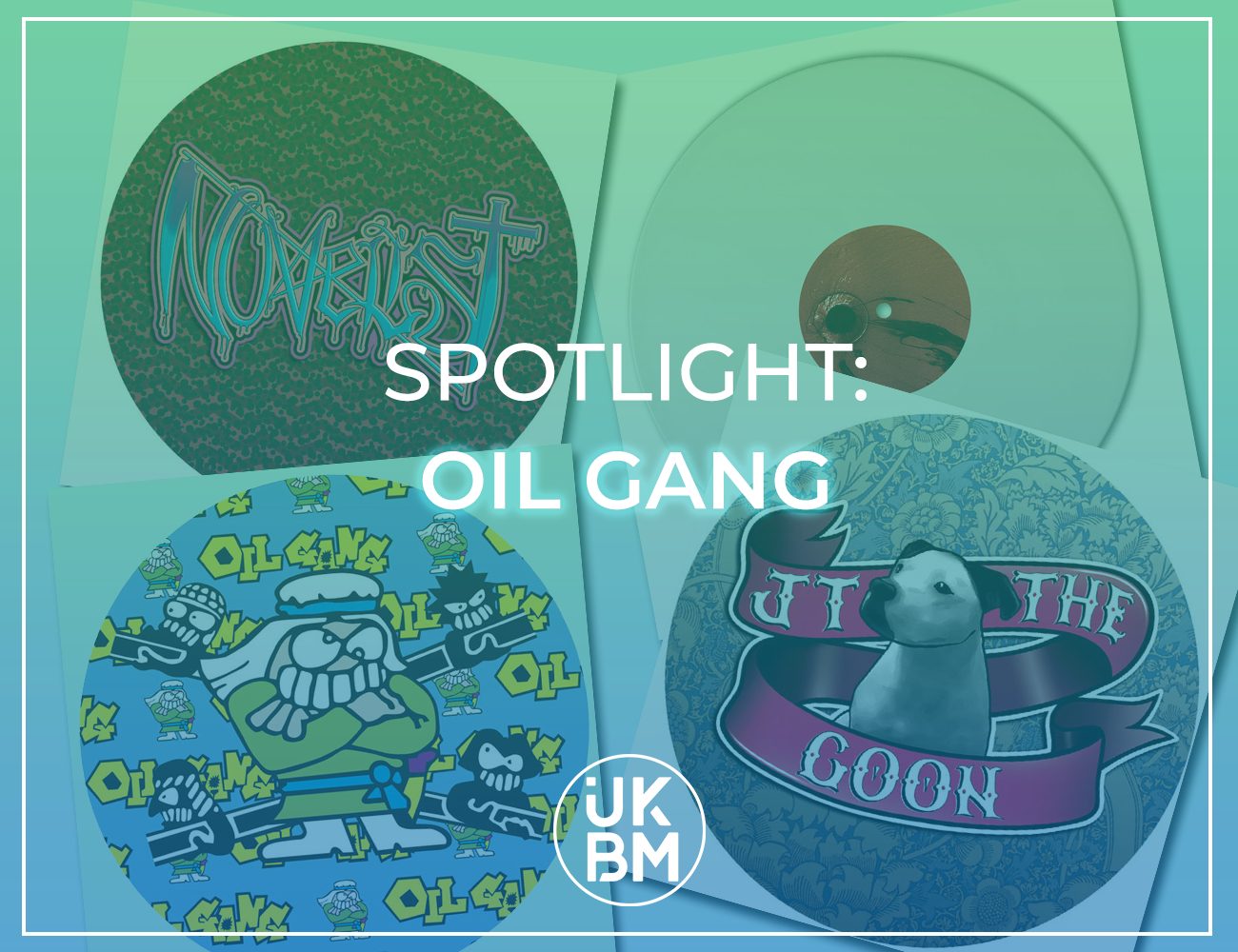 10 years deep in the game. Oil Gang, one of THE unsung heroes in Grime.

In 2010 Oil Gang broke down doors to become one of the scene’s leading labels. Let’s take it back to the early 10s, Grime was in a fascinating place – some of its founding MCs were experiencing mainstream success, creating a vacuum of talent.

We saw an emergence of MCs from the midlands area filling that void. Meanwhile, down south, a group of forward-thinking producers were experimenting with the sound. Oil Gang and Boxed were integral in giving a new wave of Grime producers a platform to showcase their talents. Fast forward to 2020 and Oil Gang is still pushing boundaries.

The label can boast being one of the most consistent and dedicated publishers in the Grime scene in the past decade. No easy feat.

Adulation and congratulations are due for their work. If this was the Queen’s Honours list an OBE would be rewarded for contributions to the art of Grime.

To celebrate the 10-year anniversary of Oil Gang we’ve decided to showcase some of our favourite records from the label.

Spooky’s Over Capacity is the most underrated Grime instrumental. Ever.

There, I said it.

We don’t need to argue Spooky’s credentials, his discography speaks for itself. He’s one of the most recognisable and driven DJs in the scene; hence, it’s astounding not more people know about this gem.

Over Capacity is quite simply an adrenaline rush. That’s the only way it can be described. It takes you from anticipation to sheer euphoria in the matter of seconds. Quite frankly, one of the cleverest productions we’ve seen in Grime.

I don’t feel any words can do it justice. Have a listen for yourself and agree with me later.

JT The Goon is a name you need to know. One of the unsung heroes in Grime. He’s always been part of the scene, as a producer, engineering, DJ, radio host; you name it, he’s probably done it.

Twin Warriors is a personal favourite from his three releases under Oil Gang. Grime veterans will recognise the beat from Jammer’s influential Chinaman riddim. Fans of martial arts will be able to go one deeper and know the sample (of both Jammer and JT’s riddims) from Jet Li’s Tai Chi Master film – the Twin Warriors theme produced by Stephen Edwards.

It’s crazy to think at the time Sniper Ep was released Novelist was only 17 years old. Incredible.

Novelist was a major coup for Oil Gang. The MC from South-East London was making a name for himself as Grime’s young star – the next big thing. He had just recently released Take Time with Mumdance, a monumental hit which opened several doors for both.

Therefore, it was somewhat shocking to see Novelist drop an instrumental EP soon after. Most of us never knew Novelist even produced! Nonetheless, we were not disappointed with the Sniper EP.

The lead track, Sniper, is an aggressive, relentless barrage of sub bass and gunshots. It became a must have for all DJs and a must spin in sets across the country.

The record was initially heavily supported by DJ Slimzee and Rinse FM, picking up avalanche-like momentum.

Trends and Boylan’s Norman Bates is a dark, gritty weighty grime banger. An infectious and addictive riddim that has been sending raves into a frenzy ever since.

Another Spooky Bizzle production. The bouncy Haunted Joyride was recently vocalled by an array of MCs: Mez, Nasty Jack, PK and Riko Dan.

Riko Dan’s version is predictably amazing.  His cut titled High Power has elements of Dub and Dancehall fused into a hyped riddim ready to spin any dance.

It will be time well spent. I promise.