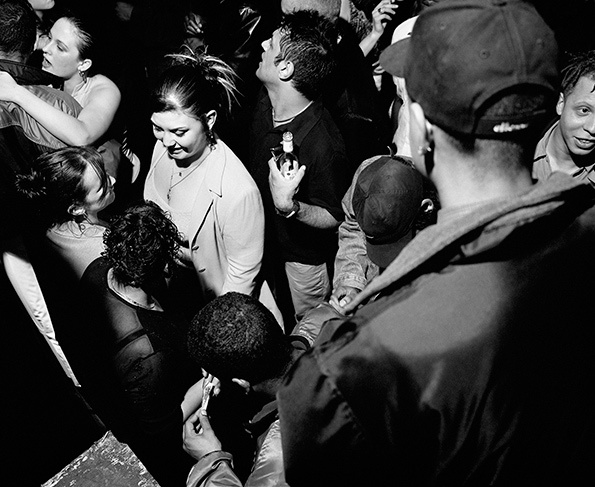 Right then party heads it’s about time for another UKG history lesson from your friendly neighbourhood garage crew, the Gather Boys.

The foundations for this genre we all know and love weren’t originally laid in the UK at all but across the pond in New York City, specifically at that most iconic of all nightclubs the Paradise Garage during the early 80’s.

The now almost mythical resident DJ (a man who many claim is still the best selector to have ever lived) Larry Levan would spin his signature style of disco, funk, gospel, world music and untold unidentifiable weapons week in week out and before long this became referred to as ‘the garage sound’ usually defined by it’s large soulful female vocals.

As time wore and the house sound started taking Chicago by storm, New York producers inevitably wanted to get in on the action and with Levans’ influence looming large over the city at the time many of these records ended up with a distinctly “garage” feel to them thus giving birth to ‘garage house’ (or US garage to some).

By 1988 this had become the dominant underground sound in the city and surrounding areas (the most notable US garage club being Zanzibar across the water in New Jersey) and spawned many underground classics churned out regularly by the likes of Blaze, 95 North and Mood II Swing.

By the time the 90s rolled around, other sounds, particularly techno, had started to make its mark on New York but this hadn’t stopped the garage sound reaching the ears of a couple of UK DJ duos, namely Dreem Team and Tuff Jam, who in true British sound-system culture fashion were drawn to the darker, more stripped down dub versions of these US garage tracks and would play them way up tempo in the supporting rooms of any jungle rave they could get a booking at.

Due to promotors not being willing to give garage a chance in its earliest years DJs took to putting on parties on Sunday nights as this was the only time they could actually get main room experience in clubs, over time these parties developed a fairly large and fiercely loyal following and became known as “The Sunday scene“.

Never to be outdone, British producers soon started trying to put their own spin on this sound and it was down to people like Grant Nelson and Jeremy Sylvester to start roughing up its edges, making the percussion shuffle even more than it had before and creating something distinctly UK.

Now, it wasn’t long before jungle, which had up until that time been the dominant sound at raves across the country, to start making its influence known. Basslines grew heavier, breaks were introduced for the first time and there was garage being made for the first time that sounded like something totally different to its US counterpart.

Throughout the year of 1996, the garage sound only grew larger with labels like Ice Cream Records and Nice ‘N’ Ripe pushing a wide array of garage sounds as diverse as the mystical house indebted groove of Anthill Mob- Enchanted Rhythms to the pure dread bass weight of KMA Productions- Cape Fear. The sound was now poised to overtake drum and bass as the dominant force on the UK scene and at the dawn of 1997 garage was ready to enter its golden age. But that’s another story for another time.

You can catch a 94-98 set from Jeremy Sylvester in Southend, Essex this weekend (Sunday 26th May 2019) with support from the Gather boys, Eone6 & NinthDelta + more – event details here