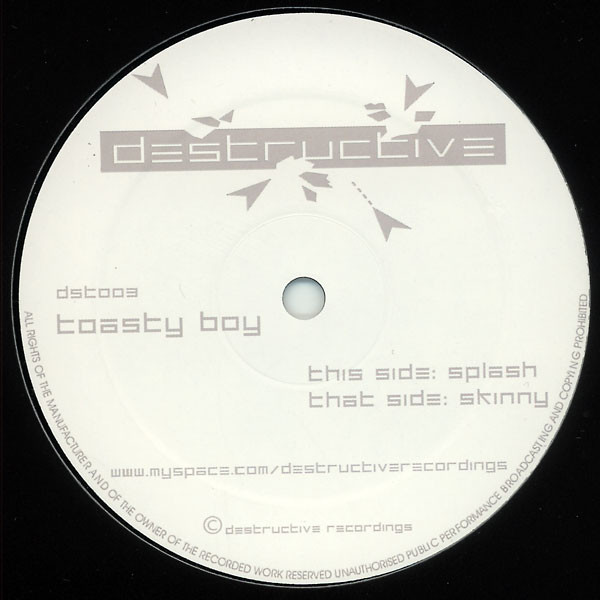 This week’s throwback takes us back to 2006.

Dubstep was the beating pulse of the UK underground scene and tunes like ‘Midnight Request Line’ were starting to gain the scene some more recognition from the mainstream world.

But like anyone you ask who was into the sound back then, the most attractive thing about it was its diversity, how many different styles there were, how every producer had their own voice.

So this week i’d like to throwback to a somewhat forgotten style of the dubstep sound….Breakstep.

There would be no better tune in my opinion than to portray this than Toasty Boy’s, ‘Skinny’.

Sitting on the B side of the 3rd release on the Destructive Records imprint, ‘Skinny’ is a 6 minute 25 second journey through a cosmic sea of luscious pads sitting on a deep moving bassline backdropped against the sound defining break-beat drum pattern.

Its almost impossible to not lose yourself in this track and 11 years later still feels as fresh as it did back then.