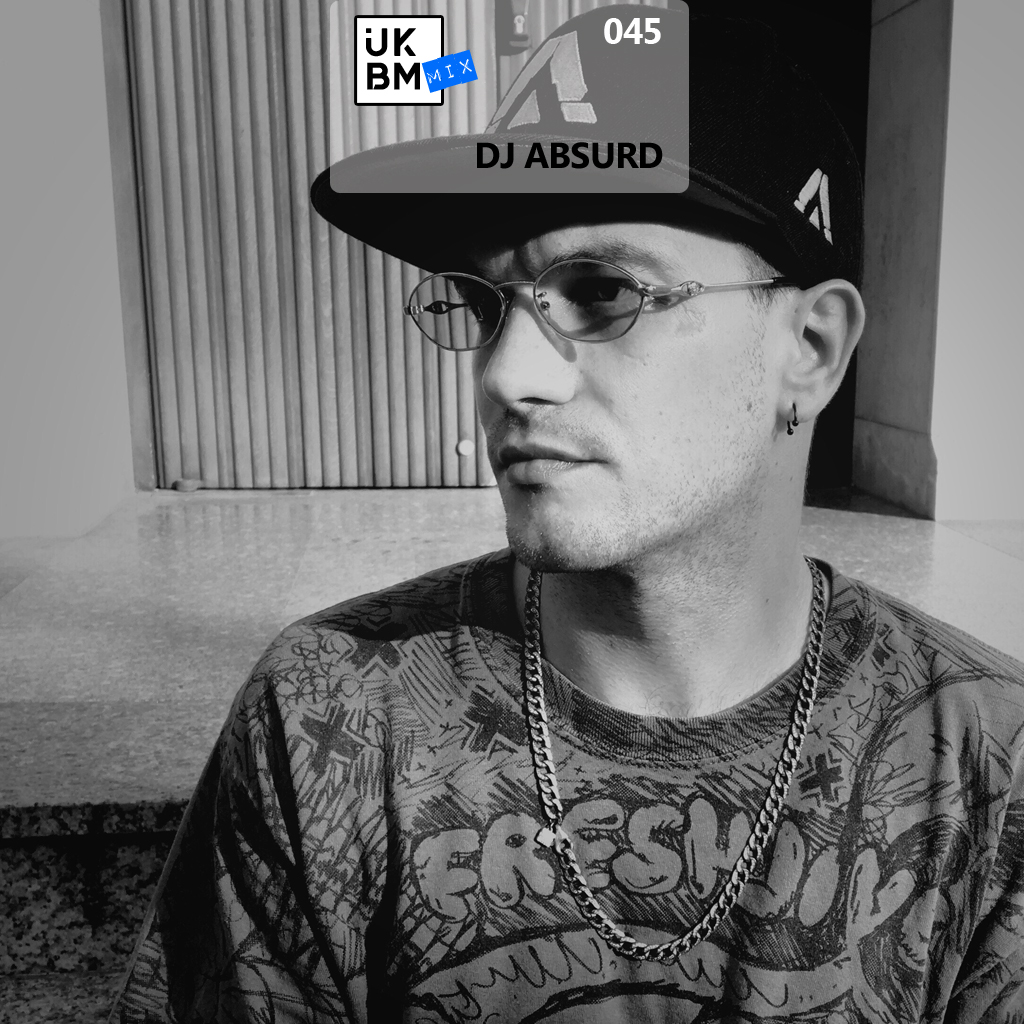 When DJ Absurd hit us up to tell us about a new(/old) compilation he was releasing for free on bandcamp it was the perfect opportunity to ask him to take the helm and put together a UKBMix for us and I for one am so glad we did.

Few have a history as rich as Absurd’s. Known as the ‘OG of Bass Music in France’ he cut his teeth back in 1999 producing Dark Garage and became the first French artist to release a Grime EP with an LP to follow. The years up to current day have seen his hard work shine in the form of releases, international gigs and a Rinse FM France residency with his own collective, The Bass Society.

Packed full of exclusives and a nod of respect to the recently passed legend, Aretha Franklin, this mix will no doubt be on repeat on quite a few speakers for a long time to come.

You can grab a free download of DJ Absurd’s ‘Jurassic Tracks 2005’ compilation from his bandcamp, released Friday 17th August which is jam packed with beats he made in 2005, and I’ll leave the man himself to describe the release so eloquently:

“This compilation album is a selection of 18 tunes made in 2005 , so you know the mixdown and mastering are going to be terrible but energy levels to the max!
Always at the crossroads of Grime & Dubstep, those tracks still sound relevant and are part of the french Bass Music history. Gonshaat with Ambitieux MC’s was the very first french Grime track released on vinyl.”

Personal fave track from the comp: Hold You Down Riddim

Welcoming DJ Absurd to the UKBMix series, listen to and download no. 45 below.