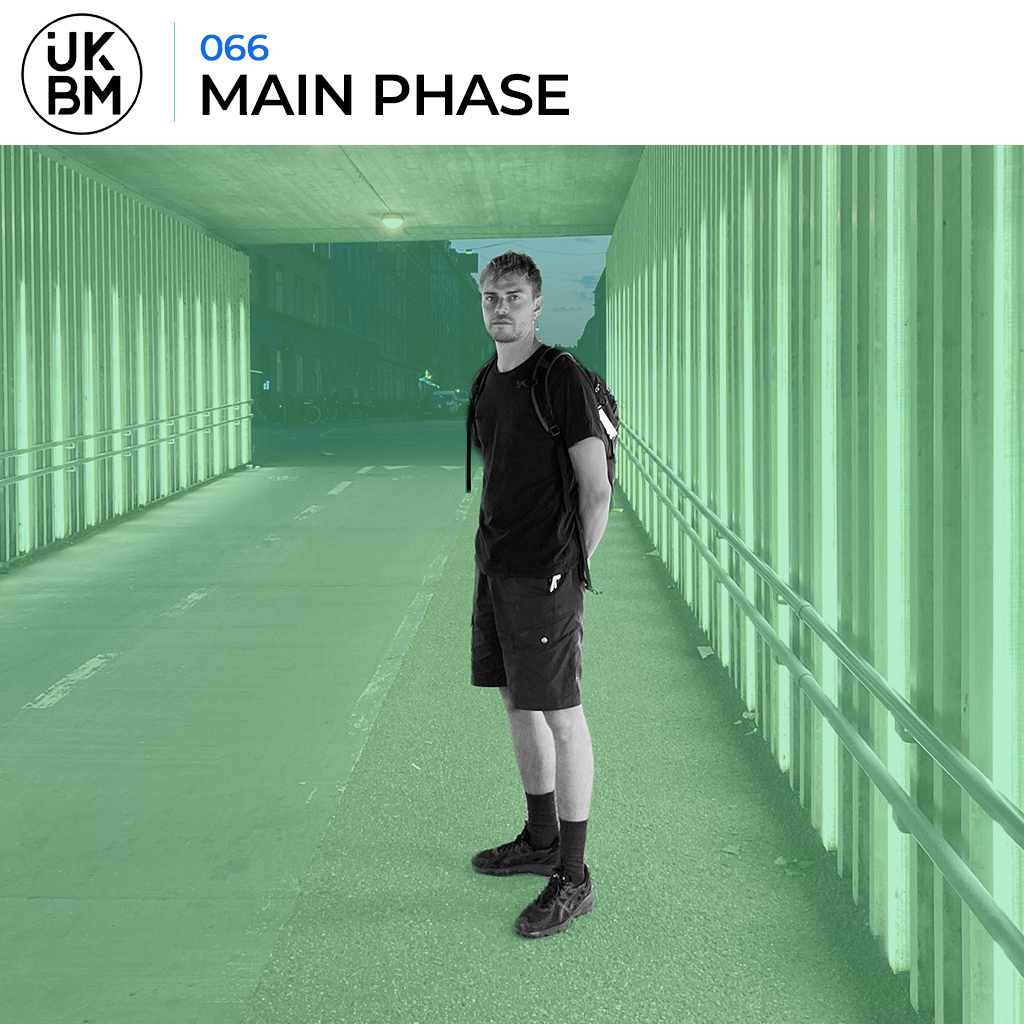 Stepping up for mix number 66 in our UKBMix series is rising and hugely talented UKG producer Main Phase.

The Copenhagen-based artist has had an incredible year, bursting onto the scene with a slew of wicked releases on labels such as Warehouse Rave, ec2a and Shall Not Fade’s new sister label Time Is Now.

He’s quickly established his own irresistible sound, fusing the 2-step, Speed Garage and 4×4 styles of UKG to create something dark, bass-heavy and super fresh.

He is also one half of production duo ATW alongside Interplanetary Criminal, who he also runs the ATW Records label with, their first release came out last month and is available to buy here.

We are super happy to have him on the series and hope you enjoy the mix as much as we did.

When we caught up with Main Phase, he said; “The mix features some new tunes by myself and friends and also some classics, starting of soft, ending heavy”

Biggest influence on your music?
At the moment, mostly my friends in the scene and old rinse mixes with early Dubstep & dark Garage sounds. Tip: DJ’s Fresh & Steady with MC Easyrider…pheeewwwww

Last track you listened to?
Gangsta Pat – I Wanna Smoke

What track do you wish you’d made?
Brotherhood Massive – Fiya or Burial & Four Tet – Moth

Last album you listened to start to finish
Burial – Burial