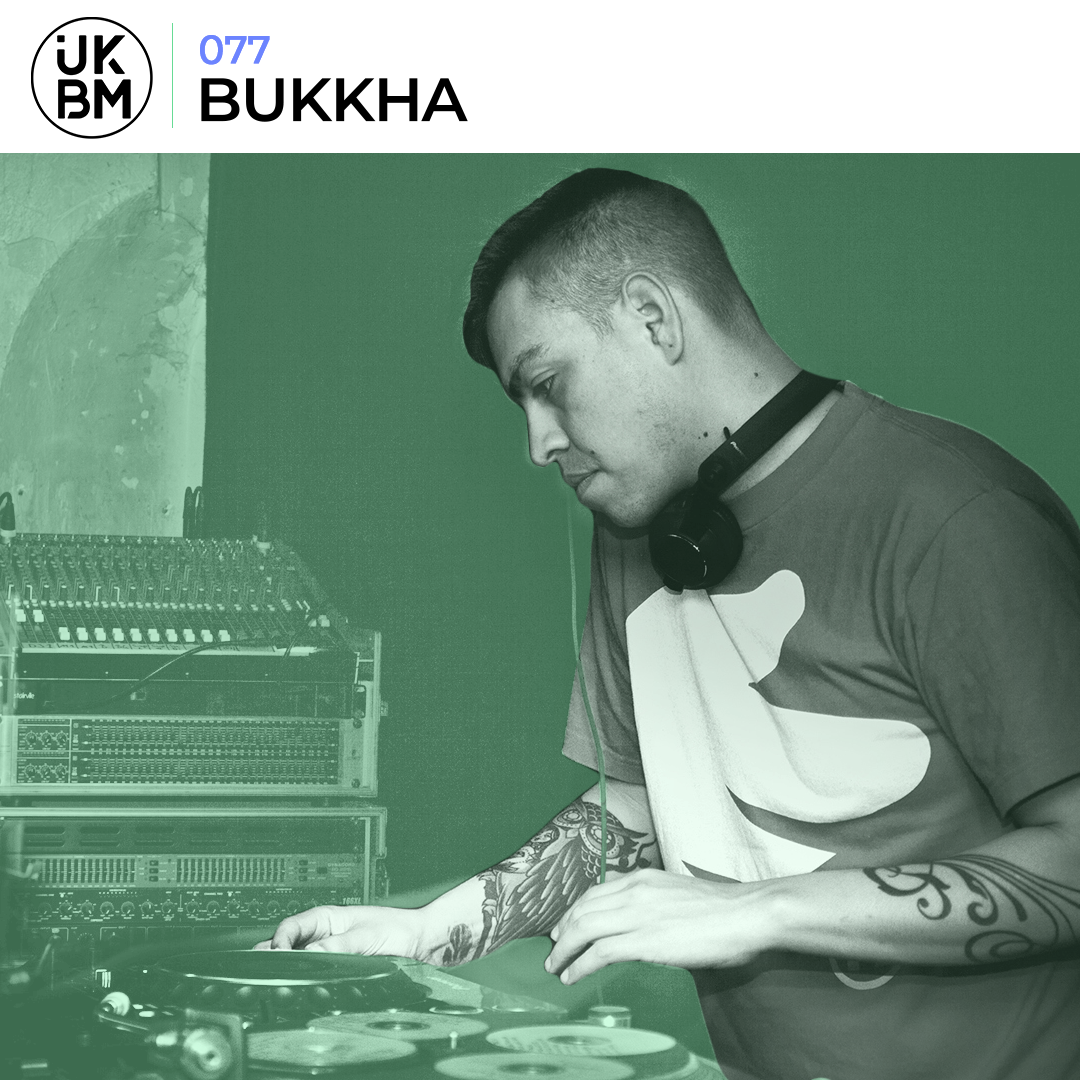 Hailing from the USA and now residing in Spain, Bukkha has been been doing his thing for over a decade now.

It all started with the release of his track Under in 2009 on Dubbed Out, since then, through a plethora of releases on labels such as ZamZam Sounds Dub-Stuy Records, Moonshine Recordings & most recently V.I.V.E.K’s System Music, has become known as one of the best producers of electronic Dub music around.

He is also known for his hard-hitting, yet still dubwise, Dubstep. Most notably with his track Sekkle Tune on Joe Nice’s Gourmet Beats and his Words EP and Badda Den Dem EP on Manchester-based label Infernal Sounds, a track from the latter we premiered here on UKBM.

For his UKBMix, Bukkha fully explores both these sonic worlds that his productions dwell in, journeying through the vast spectrum of sound system music and even venturing into Jungle territories, using both classic and exclusive forthcoming material. This one huge!

Bukkha described UKBMix 077 as “a mix for those who appreciate and enjoy a little bit of everything.”

Last track you listened to?
George Fitzgerald – We Bilateral

What track do you wish you’d made?
Probably any track that The Smashing Pumpkins made off of the Siamese Dream album.

Last album you listened to start to finish?
2562 – Aerial