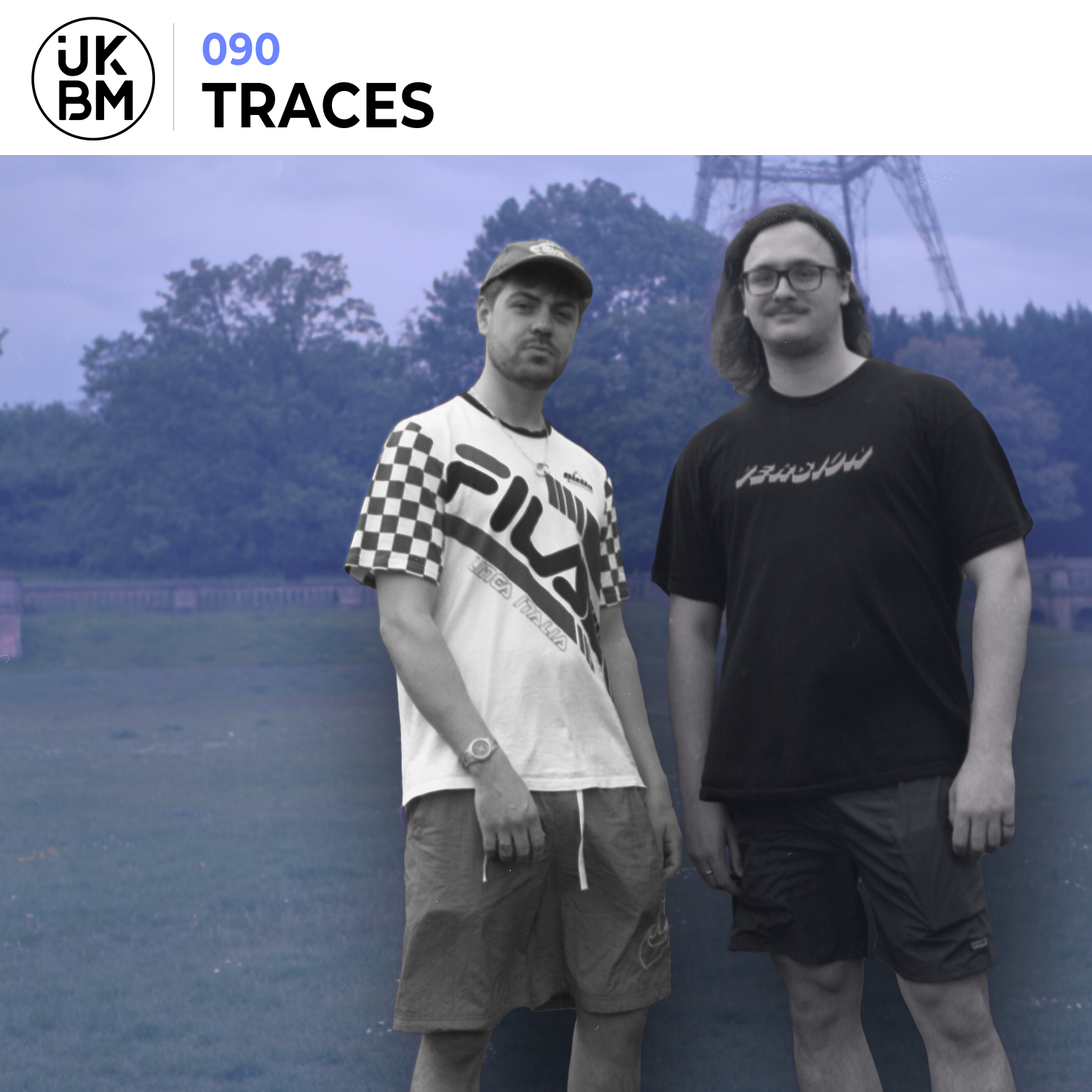 As we move ever closer to the reopening of clubs and events across the country, the sense of excitement and anticipation is almost at boiling point. Our next UKBMix will only raise the temperature.

UKBMix 090 comes from production and DJ duo Traces, real names Theo & George, who over the last few years have truly made their mark in the bass music world and continue to do so with their distinct sound, which respectfully tips a cap to the mid 00’s Dubstep sound whilst elevating & mutating it, creating a uniquely dark & truly heavyweight aesthetic, best enjoyed in the moody shadows of a dimly lit dancefloor.

Affiliates of Loefah’s Swamp 81 imprint, they have also had well received releases on labels such as Rarefied, Scotch Bonnet & Albion Collective as well has laying down heavy DJ sets on platforms such as Rinse FM, Balamii and many more.

As expected, their UKBMix is rough, tough and ready to rock your headtop, as they perfectly encapsulate the sound which they have become renowned for.

When we spoke to the guys about their mix, George said, “This is all music that we’re enjoying listening to on a personal level beyond just mixing. For us now I think when it comes to what we play we want to feel a deeper connection to the music than purely playing something for falling into that genre. I need to be feeling the tunes on a deeper level than the banger of the month. This is us just playing some music that is just that. Songs that we genuinely love listening to. We hope you enjoy.”

Biggest influence on your music?

Theo: Radio 1’s Essential Mix. So much of my electronic influence comes from listening to those mixes from Joker, Rustie, Flying Lotus and Jamie XX into the early hours.

George: For influence, it’s hard to say, I try to take influence and inspiration from outside of our scene if I can help it. I listen to Kai Whiston a lot. And Scott Xylo.

T: Anything off of Floating Points’ album ‘Crush’.

G: On a producer level, 06 Burst by Jean Dawson

G: Maybe Kane West from KKB or Louis Culture for me.

G: I don’t really use anything but vanilla Ableton so I have to pass on this.

T: Don’t really have a favourite, but have to mention the Model:Cycles. Instant inspiration every time I turn it on.

G: DMZ, I think those songs are just so far from where dubstep is now and they have aged so well.

T: Not my only favourite but Moving Shadow is a pretty big one for me – so many amazing tunes.

You can catch Traces at their first post lockdown show for Frames at Lightbox, London alongside a stacked line up including K-LONE, Bailey Ibbs, Youngsta and more. Tickets here.