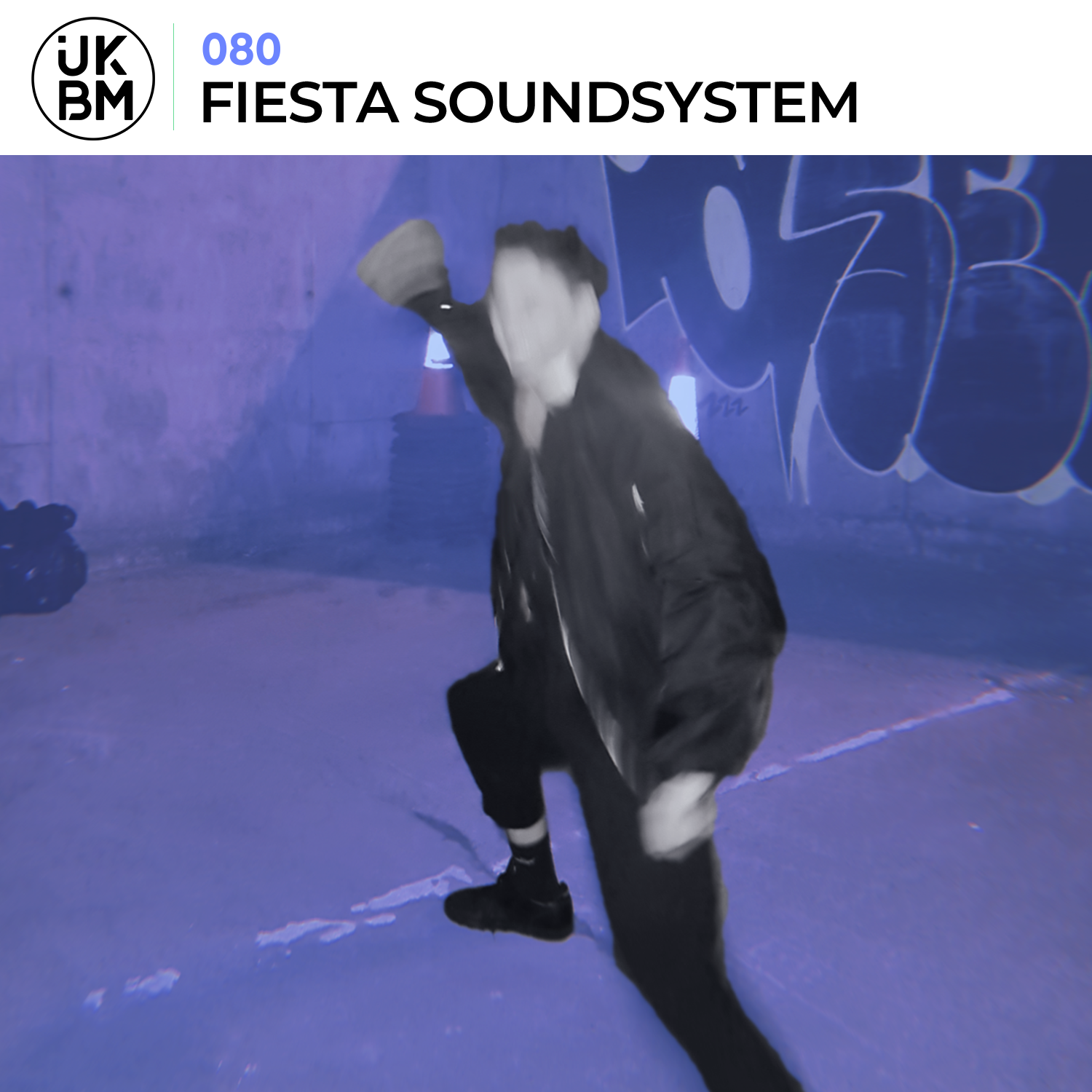 For the 80th instalment of our UKBMix series, we welcome to the fold one of our favourite rising artists right now, the big bad Fiesta Soundsystem.

The London-based producer and DJ has been lighting up the scene over the past couple of years with his utterly formidable and uncompromising sound, forged within his clear love and passion for all things Breakbeat and dipping in and out of a plethora of different styles such as Jungle, Drum & Bass, UKG and more.

His acclaimed releases have been put out by labels such as Warehouse Rave, ec2a, Scuffed Recordings and Shall Not Fade, who under their hugely popular sub-label Time Is Now, released his sensational debut album Rites Of Passage last year.

His UKBMix is a perfect encapsulation and representation of his heavyweight sound. Breathlessly breakneck at times and weird & wonderful at others, this is a worldie of a mix and one we can’t wait wait for you to wrap your ear holes around. Blow off your headtop material!

We had a chat with the man himself and he talked about his UKBMix, “The mix was more or less entirely off the cuff, just having fun playing propulsive beatsy tunes and dancing around my living room, 140 up to 170 over the course of 90 minutes.”

Biggest influence on your music?
From day one, obviously your standard 90’s heroes like Krust, Source Direct, Warp Records, etc. More recently, my friends, the music you share with one another, certainly I ended up with this choppy mixing style and taste for more hectic Braindance and Jungle thanks to the inimitable Osc Kins.

What track do you wish you’d made?
DJ Hazard – Bricks Don’t Roll

Your dream collab would be with?
I don’t know. Obviously I’d love to sit in the studio with my idols to learn from them, but I think a dream collaboration would have to be with someone with an entirely different and complementary skillset & background to mine. I really want to do sound for films & video games someday, if that counts.

Favourite piece of music kit?
I finally upgraded from my slowly dying laptop back in January and built myself a PC for production, having a clean slate and much better tech specs has been so lush. I didn’t really think about it before I took the plunge, but there’s also something about using a tool I built myself to make my tunes that makes me happy.

Favourite record label?
It’s a toss up between Seagrave and Ilian Tape for me.