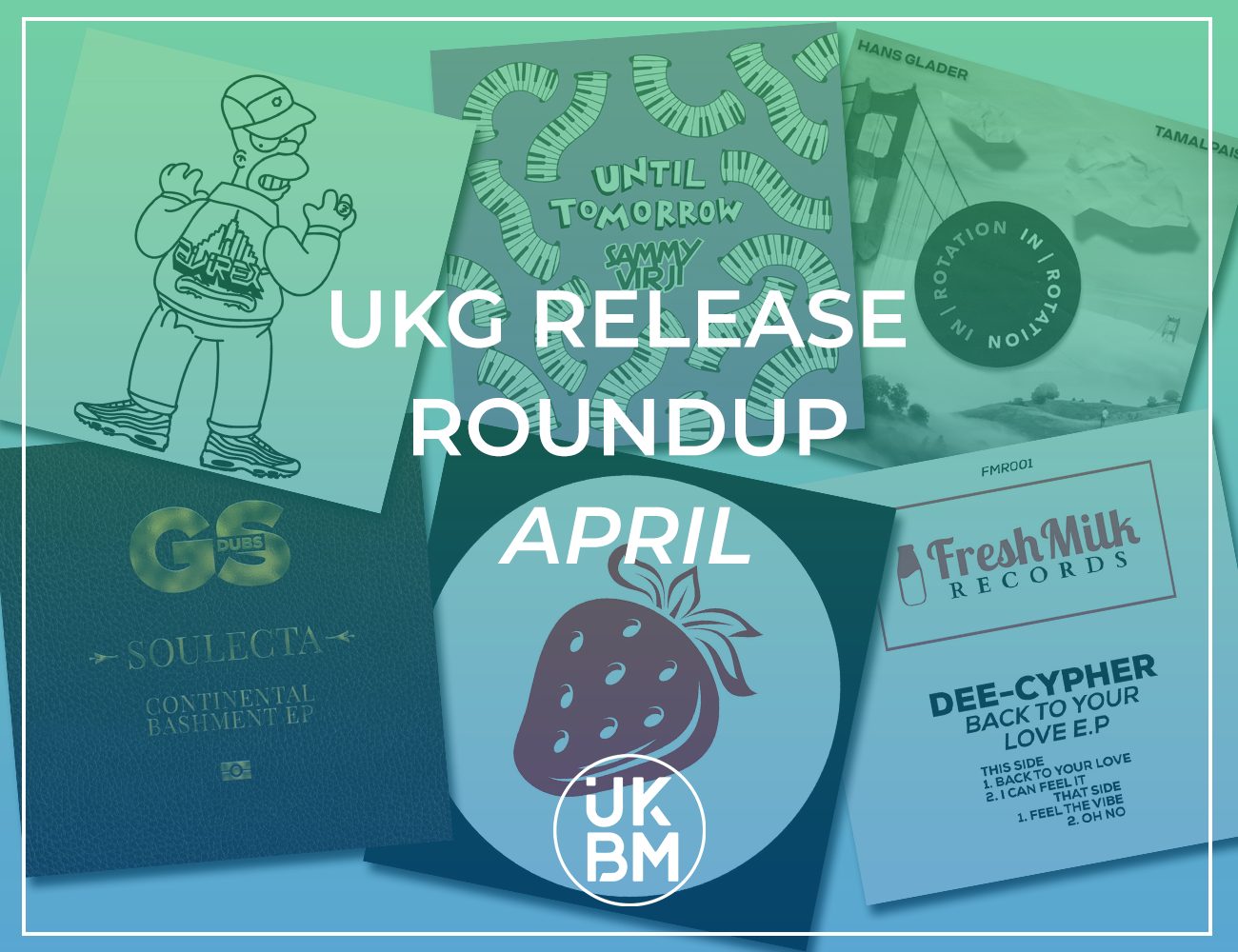 We’re back with another edition of the UKG Release Roundup, giving you our recommendations for the very best Garage releases from the past month. Thankfully, COVID-19 has not stagnated the quantity or quality of releases in the scene. In fact, the UKG community is as vibrant.

UKBM’s David Akosim & Ross Ashley give you the 6 UKG releases from the past month you need to cop:

The latest in a slew of incredible releases since last year. The Don’t Hold Back EP from Leeds-based D Jason & Baby J aka Soul Mass Transit System further stamps their claim as two of the best new-gen UKG producers in the game right now.

The project came out on Warehouse Rave and features 4 new tracks which typically delve into different realms of UKG in expert fashion, expect warping Speed Garage to bliss-filled 2-Step.

DEE CYPHER – BACK TO YOUR LOVE EP

April was also a month for new labels, West-London based Fresh Milk Records launched with its first release in the form of the Back To Your Love from Dee Cypher.

This one is a cracker, well and truly steeped in the traditions of the original mid 90’s sound. Filled with hands-in-the-air chords, bumpy 4/4 percussion and wicked vocal stabs, this is as good as a debut as you can get.

Keep your eyes peeled for their next record, from a certain Dem 2…

Another label to burst onto the scene was Fraise Records with their inaugural release coming from Peaky Beats. Another new-gem UKG producer making real waves at the moment especially with own Peaky Beats label.

This new record continues and extends the producer’s exploration into the more sophisticated and experimental end of 2-Step equipped with a super percussive and interesting remix from Urulu and proves another great debut for another promising new label.

Hans Glader has been making a name for himself the past 12 months, collaborating with heavy hitters such as Sammy Virji and featuring on Conducta’s Kiwi Sound compilation.

Tamalpais EP is a unique musical melting pot encompassing much of the old school Garage sounds mixed in with future beats. It’s fascinating to see overseas producers put their own spin on UK Garage. It’s an emphasis of how universally loved our music is. Reyes is a personal favourite from the Tamalpais EP, a concussion of Funky, Garage, Breakbeat spiced with a drop of Ragga.

The king of the jungle. It’s hard to dispute Sammy Virji being one of UK Garage and Bassline’s top dogs right now. His streaming numbers are off the charts and before Covid-19 struck, was DJ’ing internationally.

It’s been great to see Sammy Virji’s rise the last 3 years, from the 2017 Chips N Gravy EP to his forthcoming debut LP Spice Up My Life.

Until Tomorrow is the first track to be unveiled from the project, an up-tempo bubbly number with soothing sexy chords; everything we love about UK Garage.

Continental Bashment is very much a fitting title for Soulecta’s latest release.

The London producer has put together a five-track tropical sounding EP mixed with a ton of spicy flavours.

You can hear Dancehall and Latin influences throughout this project – especially on Cubano and Bandito, as well as the usual House ‘n’ Garage vibe you associate with Soulecta on the tracks Stompah, Allemande & Ruff Cut.

A must-listen for not only UKG loves but fans of Funky, Tribal and House. A well-rounded EP from an ever-so impressive, well-rounded producer.