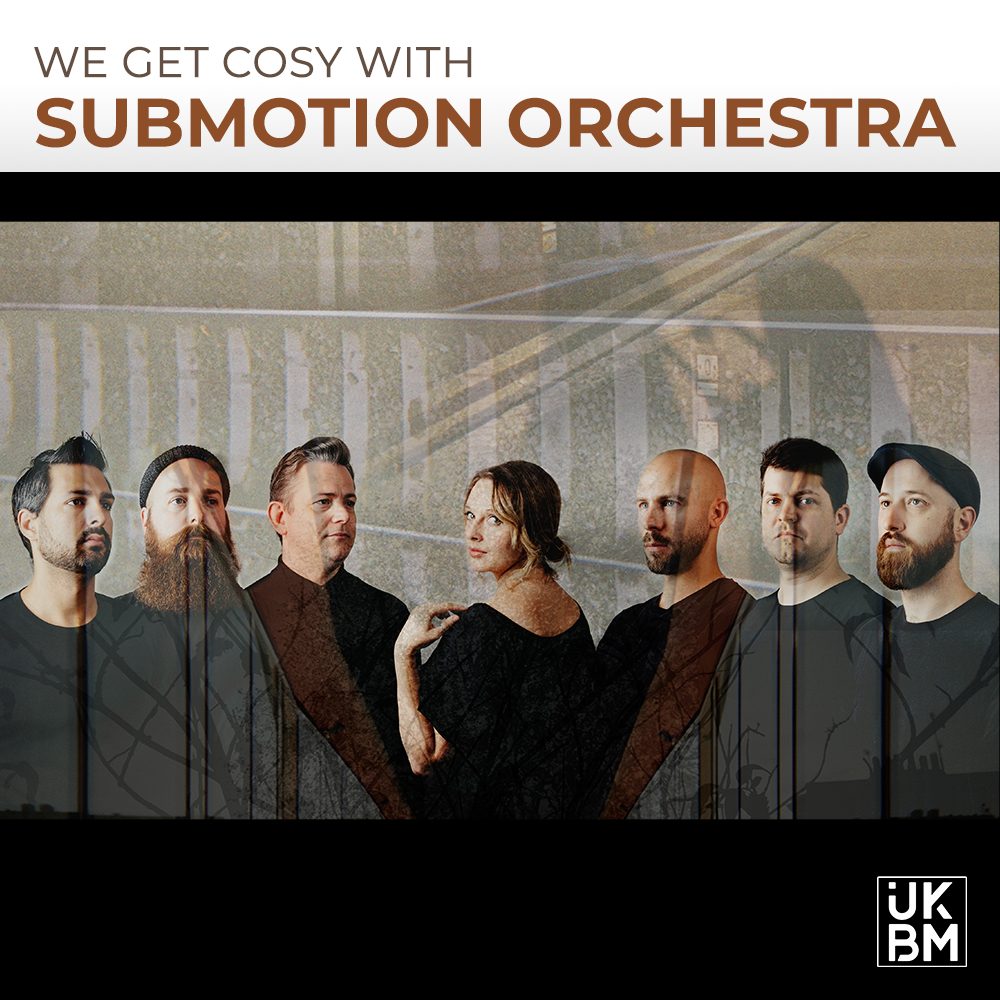 One of the innovative groups of the last decade.

Submotion Orchestra are the embodiment of progressive U.K Bass. The seven piece band formed in 2009 in Leeds and have not looked back ever since. Hailing influence from Dubstep, Electronica and Jazz, Submotion Orchestra have created their own niche lane the past decade.

Their phenomenal live performances and groundbreaking productions made them one of the most-see acts at festivals across the country.

As we embark into a new decade Submotion Orchestra return with an incredible edit of Robin S’ Show Me Love.

We spoke to Drummer Tommy Evans about the new release, the past decade in music and what 2020 looks like.

What made you decide to go a Christmas themed release?

It’s not really a Christmas themed release, we’re just releasing in December. It’s the first tune we’ve released in a while so we’re really excited. It’s also the first cover we’ve ever done and it’s a banger so great for Christmas party playlists!

For anyone who hasn’t heard your music before describe yourselves in 3 words.

What can we expect from the show on the 26th March in London?

What qualities do each band member bring to Submotion Orchestra?

The thing that has given us so much longevity and still going after 10 years is the fact that everyone brings something completely different to the band. We all come from different backgrounds; there’s a good mix of members who get their heads down and work on the productions, others who are great on our socials and connecting with our fans, all of which makes for a strong unit. Everyone brings something valuable to the table and that’s why we still enjoy making music together.

Can we look forward to any more single releases from the members in 2020? Are there any plans for a sixth full length album in 2020?

Who right now are you enjoying listening to?

The new Moonchild album is amazing; it’s a soul meets jazz, meets R&B album. There’s a French producer called Chassol who I’m currently listening to; I’m a bit late to the party with that discovery but I’ve been checking his stuff out and it’s great. The production on Michael Kiwanuka’s new album KIWANUKA is incredible; that whole album is a real masterpiece.

It’s been a year since the release of Kites – what has been the reaction to the release when performing it live?

It’s gone down really well. The premise of Kites was to go back to where we started and to pick up where Finest Hour left off . Both albums have a similar sonic approach and we recorded everything live. It also meant Kites was a really easy album to transfer onto live stage because it was written and recorded with that already in mind. It wasn’t a production led album in a sense, so it’s translated really well and our current live set contains at least 3 or 4 tracks from that album and it always goes down great.

What do you enjoy more as a group – the live performances or producing the records?

There’s a lot of joy that comes from both these things. There’s something special that comes from being in the studio and coming up with new material, especially those moments when suddenly it all clicks and you realise you have something. Those moments are incredible but it’s also very rare that we have all members in the studio composing, so when we play live we have a sense of togetherness and that’s important.

We’ve had some really amazing moments on stage; there are elements during our live performances that are very free and almost improvised and it’s in those moments we become one. It’s these snippets in time that we really do it for. They happen at every live show but we never know exactly how or when they’re going to come about.

It’s been 10 years since the group formed – what has been the personal highlights?

We’ve been incredibly lucky to have the opportunity to play all around the world for 10 years and in some incredible venues. The thing about Submotion Orchestra is we get booked for such a variety of shows – from theatre shows, to raves, to festivals – we once got booked to play at a Halloween themed show at the Box in Soho where we improvised to a Dracula film. We’ve had some incredible (and strange) experiences but it always seems to work wherever we go; it also means it’s really hard to pin point a specific highlight!

Where do you see Submotion Orchestra in 10 years time?

We’re at a place at the moment where everyone’s really happy creating and making music. We don’t have any specific goals as such but just enjoying the creative process. We still make and play music as Submotion Orchestra simply for the joy of it and it’s a lovely place to find ourselves. We’re lucky to be where we are now and if we’re in a similar position in the next 10 years then we’ll be really happy.

Stream or buy Show Me Love