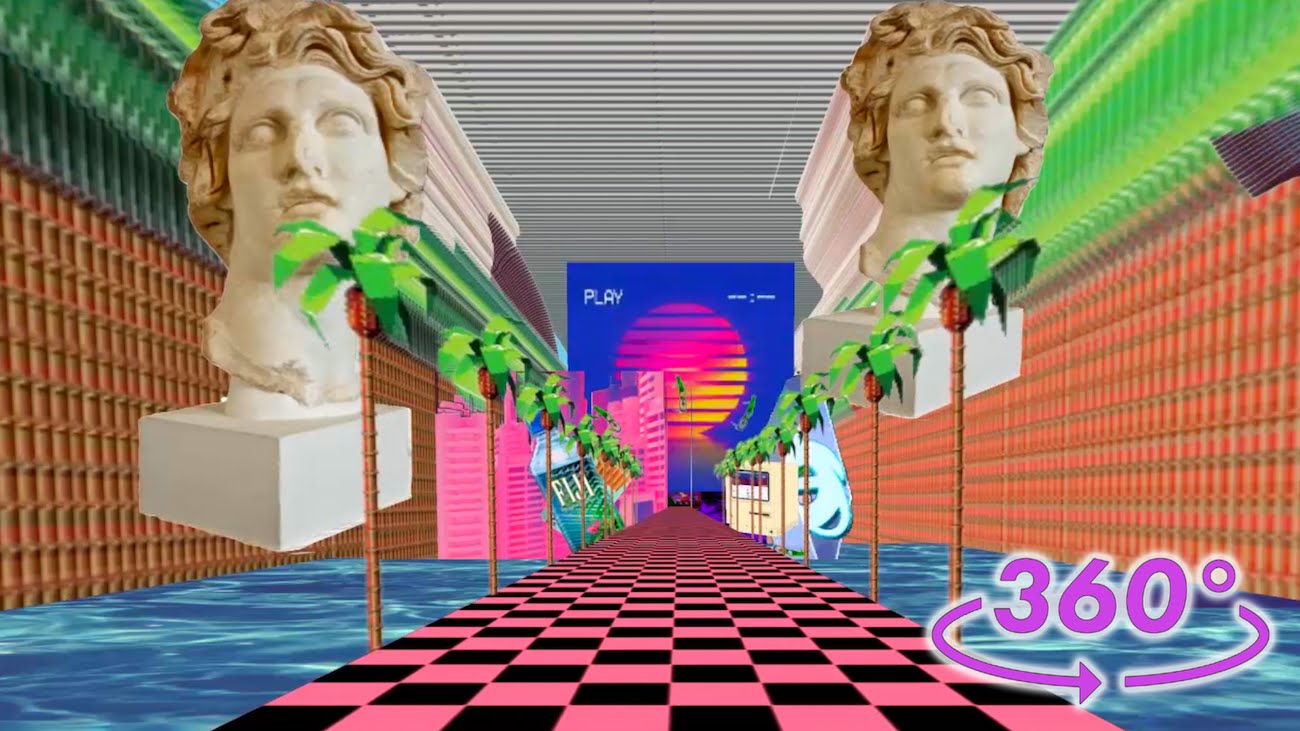 Chris Reed, better known as Plastician, is one of the key figures in UK underground music, most importantly for being one of the first to bridge the gap between Dubstep and Grime through his own innovative productions and notorious DJ sets in both club and on pirate radio.

Recently he announced his departure from his long held (14 years!) slot on Rinse FM and began broadcasting on his own, Virtual Reality platform, Unreality Journeys. We caught up with him to find out more about his exciting new venture…

For those who are unfamiliar with Unreality Journeys, can you explain what it is?

Unreality Journeys is a VR and 360 based entertainment platform. It’s main aim is to make accessible and enjoyable content for people new to VR, and showing people what is possible inside the medium. We run it as a platform for music we enjoy but we also offer services to third parties who wish to create 360 or VR content for themselves / their brand or record label etc.

What do you think makes UJ more appealing than a regular radio show?

It’s been cool to see how people interact with each other in the comments section on Facebook which doubles up like a chat room during the live streams. People commenting have been able to see their comments appear on the show in real time as well, which stays in the video forever so it’s kind of like a visual shout out too. We’ve been placing people’s profile pictures on the heads of the characters dancing in the environment too which people have been enjoying. It’s about making people feel more included in the radio experience a little like how people who turn up to an actual club night regularly become a part of the movement themselves just by turning up and meeting other familiar faces – this is already happening across the broadcasts so far with regular listeners tuning in every week and getting involved.

What was it about the project that attracted you to it?

I’ve been a huge fan of vaporwave’s art direction and when I saw the early videos inside a group I was a member of, I thought it looked really cool and began speaking with the team about the possibility of streaming live inside these 3D worlds they had created. When it turned out they were really looking to get more into music it just seemed like a perfect match to pool our strengths to push the platform further.

Where do you see Unreality Journeys and your involvement in it in 5 years time?

It’s hard to say as VR is moving leaps and bounds almost daily. In just the few months since we all started working together we’ve gone from just doing a regular radio show, to building it as a platform for more DJ’s, art, gaming shows and all sorts. Then from there we’ve even built an app now that we can live stream into – and people can log into on their phones and actually walk around the virtual environments with or without a VR headset. People can land inside the app and we can broadcast live out of it too – so imagine watching a DJ inside the app, and walking your character through the environment – people just watching the video of the live-stream on facebook or YouTube will be able to see you walking around inside it live. These are all things that we’ve just been working on across the past few months let alone years. We’re working with holograms already. It’s impossible to even think where we’ll be in 5 years, tech is already available to us to actually 3D scan real venues, mix that with the app and further advances in graphics and faster internet again and we could literally be hanging out inside virtual representations of real clubs, enjoying high quality live audio and video of the act playing inside the venue. People around the world all locked in inside the virtual representation of the club. We’re already almost there though, that’s definitely less than 5 years away.

Do you personally see Virtual Reality as the next step in entertainment? Can you see it overtaking the physical clubbing experience for future generations?

I don’t know that it’ll take away physical clubbing. There’s still a lot that can be said for experiencing things like the feeling of actually being in a club, drinking with people, getting sweaty etc. There’s a lot you can’t replicate in VR (yet). In terms of entertainment, most mobile phones being made in 2018 will have VR and AR technology built in, so a large majority of people will have access to the tech in their hands in just a few years and companies are falling over themselves to work out how to implement it. Beyond entertainment though, VR and AR will be huge. Web VR will likely dominate web browsing in years to come. More sites will utilise the tech to make online shopping more like browsing a rail of clothes in a shop for example.

Are you working on any projects at the moment that you can share details of?

We’re collaborating with some DJ’s and some visual artists too to bring in some more broadcasts as well as some guest mixes which we’ll broadcast on the platform in the coming months. The platform will definitely expand but we’re concentrating now on fine tuning the code side and finding potential acts to work with, broadcasting some live shows too etc. There’s the app which is almost ready to start testing too, so would imagine that to be the first big leap for us when that rolls out publicly.

What kind of feedback have you had from your shows so far?

People seem to be really excited that we’re trying something new, and they’re enjoying how fun it all is too. We’ve been really floored by the interest in the tech side as well though, we’re getting hit up by so many companies and people developing VR tech. It’s been mind blowing actually just how much people are interested in it all already, it’ll be so exciting to see what the interest gets like as we unveil more features on the live broadcasts.

Do you have any artists in mind you would like to invite to perform on UJ?

Lots! We’re in touch with a few already, it’s only a matter of time. Definitely keen to work on collaborating more and more with visual artists as much as musicians too.

When and where can we catch your shows?