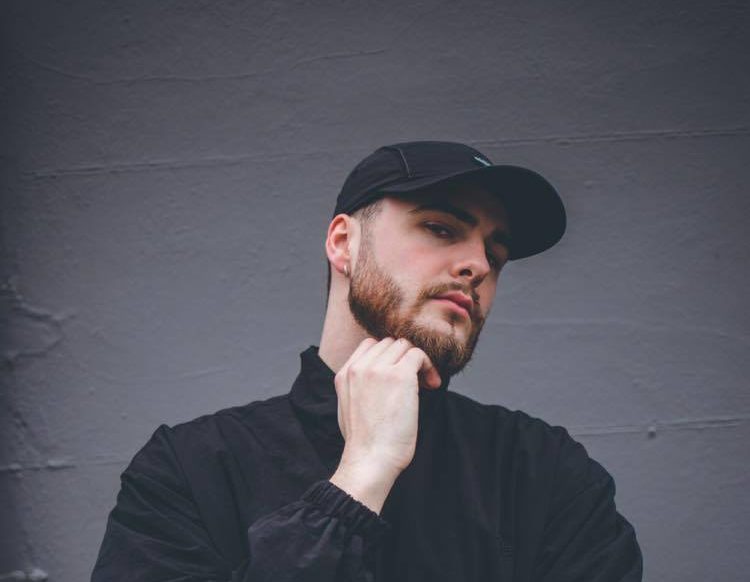 Zero has just released his latest single 1 More on DJ Zinc’s Bingo Bass label and it’s another big tune from the up and coming DJ and producer who specialises in bass/bassline. 1 More is a massive anthem that will be a surefire choice to be played out when events start happening again and will more than whet appetites in the meantime.

We had the chance to talk to Zero about it and it’s creation as well as releasing it on Zinc’s label and the reaction to track so far. We also talked about working with Crucast, what he is up to in the future and memorable rave memories. Big up Zero and go check out 1 More and the rest of his output now!

Your new track 1 More featuring EJ Kitto is out now. Can you tell us a bit about the track and are you excited to release it?

I am so excited to finally release this one. I’ve been working on it since January and it’s been a right pain to mix down, so now it’s done and is getting released, I am buzzing. The track is supposed to be from a ravers point of view, early in the morning deep into the crowd surrounded by his/her mates, in what feels like a complete haze of tunes, drinks, smoke, and lasers. The lyrics are supposed to just encapsulate what it’s like to go to a UK bass music event. They all finally decide to leave and go back to their mate’s house to continue the party.

“The track is supposed to be from a ravers point of view, early in the morning deep into the crowd surrounded by his/her mates, in what feels like a complete haze of tunes, drinks, smoke, and lasers.”

How did you hook with EJ Kitto for the track and what does she bring to it?

Me and Emma actually chat loads before without me even realising as she used to run a UK Bass promo page on Instagram where I’d send her videos to upload. It was only when i put out a Facebook status asking for a female vocalist with a London accent that my mate told me she was looking for features and would be ideal for the tune, which she was. She brings exactly what I asked for which is amazing. A spoken word kind of London accent – the main inspiration being Redlight and how he usually has similar female vocal lines on his tracks.

Have you got any plans to work together in the future?

Not as yet but I will definitely be back in her DM’s with a new tune soon I’m sure.

1 More is coming out on Bingo Bass. How does it feel to be releasing music on a legend like DJ Zinc’s label?

Me and Zinc have kept up communications over email for a good 2 or 3 years now as he’s supported my tracks from quite early on. He’s been wanting to release a track of mine for a while and as have I wanted to release with Bingo, so it seemed fitting to finally get a track out with them. 1 More was ready all to go and Zinc liked it, so that was that!

What has the reaction to the track been like so far and did you get a chance to play it out before the lockdown?

The overall reaction and reception to the track has been wicked and just what I wanted. I can’t wait for people to hear it in full, not just 30 seconds of the buildup and then drop. There will be a handful of very lucky ravers who will have heard it in full from January to March – I opened every set with it. The live reactions that it got were so sick too, so I’m glad I actually got to play it out a few times before we all got locked away.

You’ve also been releasing dubs like Barry White, Pay For Thrills and Enter The Dragon for a while now. What has the reaction been to these and can we expect more soon?

I mean Pay For Thrills and Enter The Dragon are old now and came out a while ago, but the reactions to all 3 over the last 2 years have been amazing and have easily been my most popular tracks so far. That kind of anthemic/chantable melody that – resonates in all 3 – is something that I love to try to nail in a lot of my tunes, so yes you can expect more catchy melody ones like those 3 for sure.

Barry White came out on Crucast. How did you hook up with them and will you be working with them again in the future?

Yeah I’ve already locked in another single with Crucast which will be arriving later this year. Me and Lazcru have been in contact for a while too now, so I just drop him a message every time I make something that I think fits with the label! We initially started chatting in 2018 when I sent him my bootleg of Foot & Mouth by Chris Lorenzo, to see if he wanted to release it as a free download, which he did.

You’ve been doing work with Window Kid too. Can you tell us about the music you’ve made together?

I have indeed. We’ve made a flippin banger. It’s a bit different to my usual high-frequency sound designy stuff, and kind of nods to the older, more low frequency, wubby speed garage sounds that were very popular for years within bassline/UK bass.

Have you got any plans to do an EP length release to follow up Scenes yet?

Yeah definitely. I’ve got a seriously weighty EP planned for early next year, which I cannot wait to get out. It’s got some crazy features and is probably my best body of work yet.

Have you been working on any other new music and have you been keeping busy during lockdown?

I’ve been really productive over the last few months and have kept very busy on the music front. It’s been the only thing keeping me sane and getting me through it all. I’ve never had so much unreleased music stored up before.

Have you got any tentative upcoming live sets that you can tell us about?

The UK is still in a massive pickle about everything so I can’t see any shows happening here till next year now to be honest. But I’ve got a couple of European shows later this year which I am really excited for, and I know as soon as Australia and New Zealand open their borders again, my Aussie agent Paul is getting me out there straight away for a tour.

What do you miss most about playing live?

Meeting new people and getting to listen to really loud music every weekend. I miss massive sound systems and being able to test my new tunes on them, as it plays a big part in the whole production process.

“Be patient…Music is a massive journey and nothing will come overnight. Just be patient, if it’s meant to be and you work hard enough, it will happen.”

What has been the most memorable set that you’ve played so far?

Since September, there have been some really insane nights, but if I had to choose one, it would probably be Crucast at Printworks last year. Best crowd I’ve ever played to. I was so nervous as I was literally the second artist to play out of about thirty others, and I was sure that it would be a dead atmosphere, but honestly, I have never seen energy like it. Just pure chaos start to finish. And to top it all off, loads of my close mates who don’t even like bass music (they all like techno and disco) came and watched me play for the first time in like three years, so that was really nice.

Where is your favourite place to play and what makes it so special?

I love playing at Tank in Sheffield. It’s always rammed, the sound system is unreal, the lights and crazy, and every show I play there is just a madness. I always play really well there too for some reason. Maybe it’s cause all the equipment works haha.

What’s been the best rave you’ve ever been to, either playing or as a punter?

I’d been to so many raves before my music started kicking off so it’s hard to say. RAM records at O2 Brixton in 2015 for new years eve were pretty special. I remember just being completely blown away. Also Playaz at Fabric in London is always mental, went to a couple of them a few years back.

What’s the best festival you’ve ever played at?

Boomtown. No questions asked. Nothing compares. As a raver or a DJ, it’s just the best.

What are your current top 3 tunes that you can’t get enough of at the moment?

Shaun Dean & Harry Tremlett – The Sound (did you know)

You’ve had your music played by the likes of Chris Lorenzo, Holy Goof and Jamie Duggan amongst many others. How does it feel when artists like that are playing tracks you’ve created?

Really sick. These are all people I’d seen play live and been fans of before I even knew I wanted to pursue bass music, especially Lorenzo, who I’ve been a fan of for a very long time now. So yeah it’s pretty surreal to not only have these guys support my music, but to chat to them regularly and hang out at shows and stuff.

What’s been the best piece of advice about music you’ve ever had?

Be patient. Friction said this at a panel in 2016 at Brighton Music Conference. He really drilled it home and said how music is a massive journey and nothing will come overnight. Just be patient, if it’s meant to be and you work hard enough, it will happen.