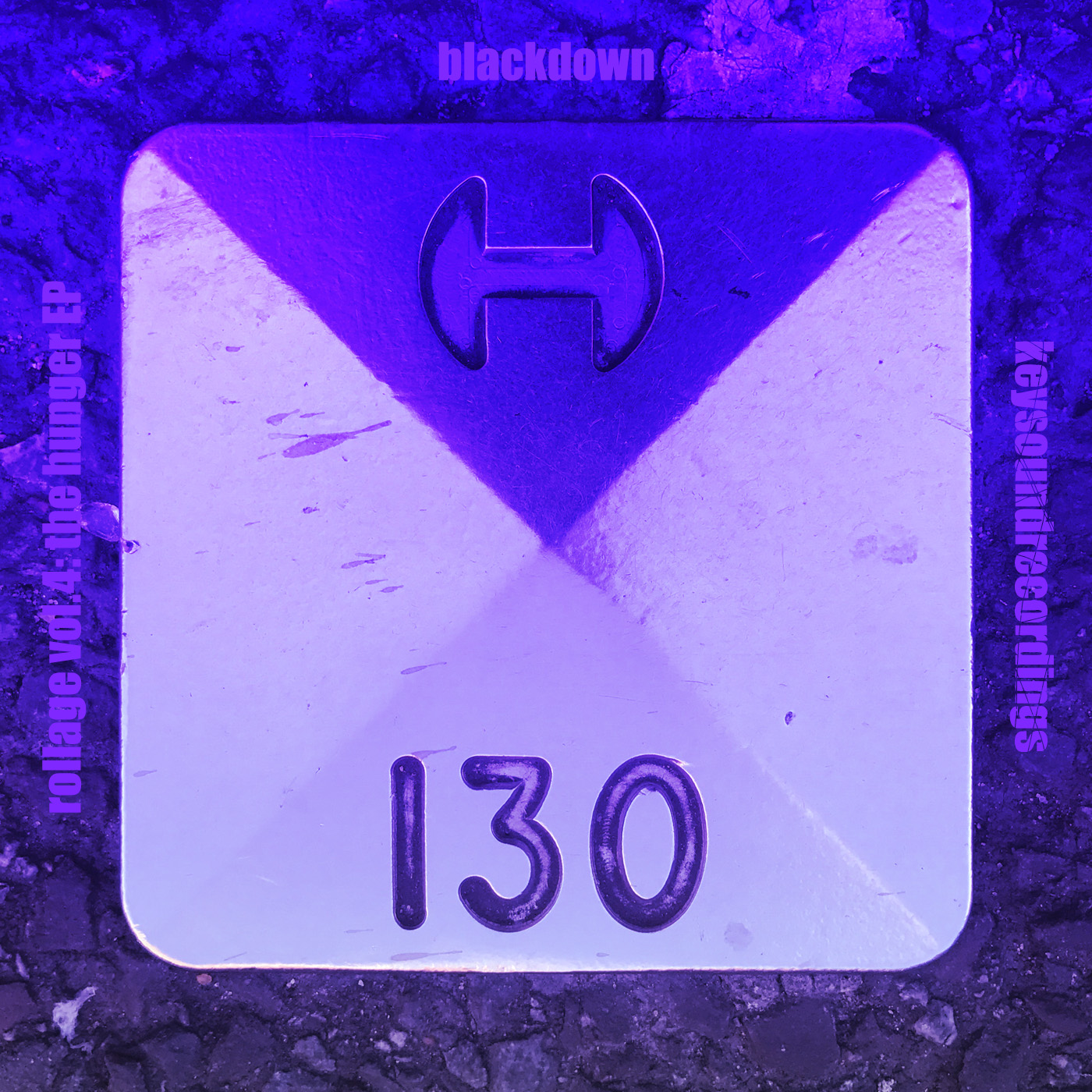 After almost 3 years since the last instalment of the Rollage series and a 2 year production hiatus, Blackdown is back.

The London producer and label owner has made his name over the years as being an influential figure in the many sounds that have shaped our capital’s underground music scene, both through his longstanding Rinse FM show with partner Dusk and their label Keysound Recordings, which showcases these sounds through his own productions alongside producers such as Sully, Wen, Burial and many more.

Next up for both Blackdown and Keysound is volume 4 of his Rollage series entitled The Hunger EP.

The release sees four tracks which perfectly show the diversity that’s always evident with a Keysound release. Influences can be heard from East London to Chicago, yet all tracks are forged at one tempo, and cut from the same laser-riddled soundbank. One weightless, one rolling, another impactful and the 4th an ex-war dub banger: all of them, including a 5th that sees them all mixed together, are explorations of darkside 130bpm rollage.

Out this Friday and available to buy from all usual outlets, Boomkat, Beatport etc.