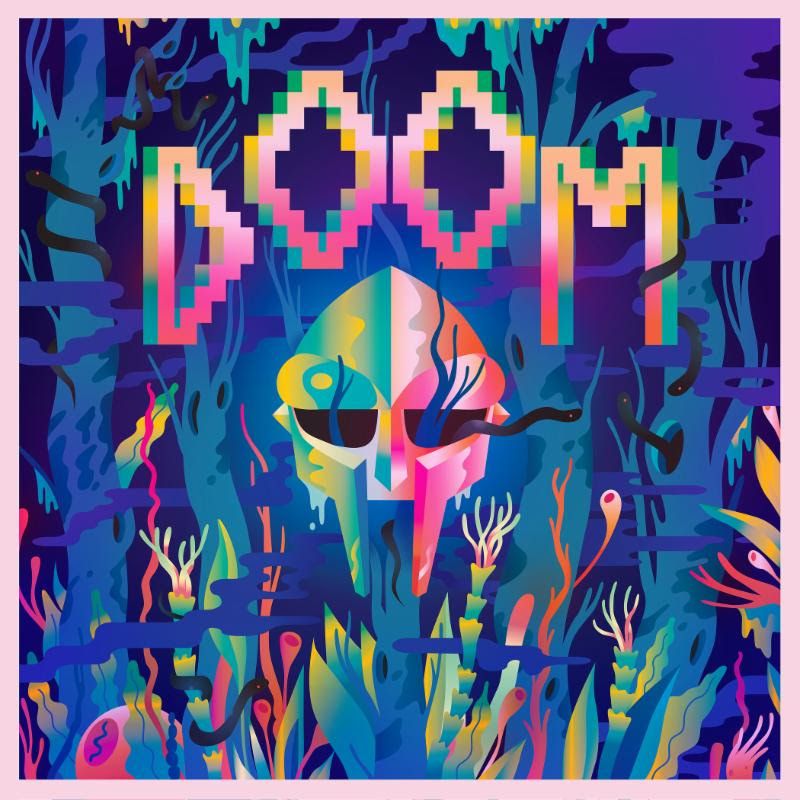 This week, DOOM released a new single titled ‘True Lightyears’ with his original group KMD, featuring a powerful opening verse from Jay Electronica. Premiered by Adult Swim in collaboration with MF DOOM for his ‘Missing Notebook Rhymes’ compilation, this single is also taken from KMD’s forthcoming album ‘Crack In Time’, their first album in 25 years.

KMD, formed in 1988, consisted of DOOM (under the name Zev Love X), his brother DJ Subroc who produced a lot of the group material, Onyx the Birthstone Kid and Rodan. They rose to fame in 1991 when their debut album ‘Mr. Hood’ released. Just before their second album ‘Black Ba**ards’ was due to be released, DJ Subroc sadly passed away after an accident in which he was hit by car whilst crossing the Long Island Expressway. This, along with album being dropped by their label due to its controversial artwork (which was later released in 2001), caused Zev/DOOM to go quiet for a while and was the catalyst for the birth of his MF DOOM persona which was the start of the mysteriousness that he is known for today.

The song also features the rapper Jay Electronica who is known for his critically acclaimed single ‘Exhibit C’ and equally known to be as mysterious as DOOM himself with his sparce and rare releases.

‘True Lightyears’ is the second track from MF DOOM’s project with Adult Swim, where from the 7th August they premiere new MF DOOM solo tracks and collaborations from upcoming albums, every week for 15 weeks in total. This track follows the first track of the series which was a Sean Price song that featured an MF DOOM verse which was on Price’s new labum.

I spoke to Jason DeMarco, SVP of Adult Swim, curator of the ‘Missing Notebook Rhymes’ project and longtime friend of DOOM dating back to DeMarco’s executive production on ‘The Mouse and the Mask’ (MF DOOM’s collaborative album with producer Danger Mouse under the name Danger Doom) about his thoughts and how the project and single came to be. He had this to say.

“DOOM has given us several tracks for Adult Swim Singles over the years, so of course I reached out to him about giving us a song for this year. Imagine my shock when he said he had an unheard song with Jay Electronica! Our conversations around that track lead to discussions about his other projects, and the idea for The Missing Notebook Rhymes was born.”

You can stream the first two tracks, along with the 13 other tracks as they release here