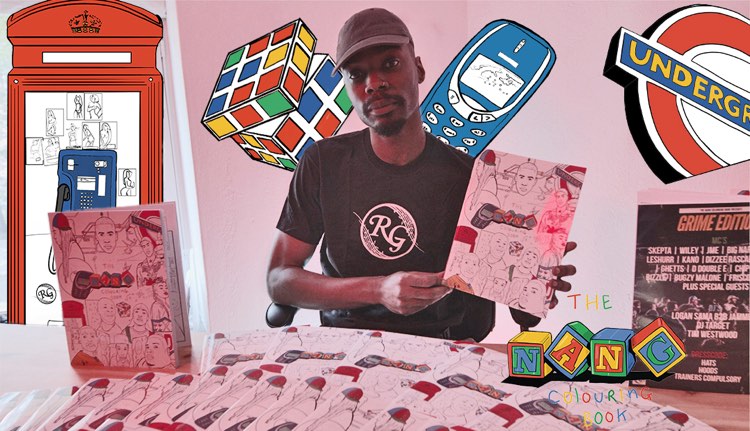 Grime pioneer Ears is doing his bit to not only celebrate the legacy of grime and its founders, pioneers and all round legendary figures but also open it up to an even younger audience.

The MC has long been known for his music but has added another string to his bow with the release of The Nang Colouring Book, a fun way at looking at the grime scene from when it started to the present day. It’s a journey through the music and culture but also a way of to show that journey to kids (and adults alike) and they can customise the images contained in the book to whatever their imagination allows.

The Nang Colouring Book, which was written by Ears and illustrated by graphic designer and tattoo artist Zeb Thomas features everyone from Wiley, D Double E Skepta and JME to Stormzy and Novelist and is perfect for any fan of grime and the culture, whether you are just starting to get into it or have been around it since it’s inception.

All information about the book and where you can get it from are here.

Summer is officially here and with it comes our latest top five selections, this time coming from the latter half of June