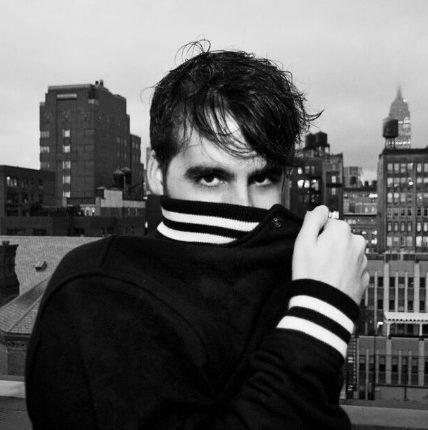 When you think about cities synonymous with U.K Bass music you think Sheffield, Manchester, Glasgow; London, Bristol, Birmingham. However, in 2019 it’s U.K bass by name and not necessarily nature. It’s true, the scene is born and bred in these British shores. Nonetheless, just like any commodity, the scene and sound has been exported to cities far and wide. New York, Amsterdam and Melbourne; Johannesburg, Paris and Tokyo.

In this new series Flying The Flag we will look at names spreading the sound of U.K Bass further than we would ever imagine. Our first bastion, Doctor Jeep, is a New York native flying the flag across the states. He came onto the scene earlier this decade inspired by cuts from the likes of Hessle Audio and Hemlock with a sound unique to the ears of Americans. How did this New Yorker get started in his U.K bass journey? Why was U.K bass even a thing to him? We’ll let Doctor Jeep tell you why….

How did you get into U.K bass music?

I remember I was at University when I was 18 years old shopping at the local record shop when I found a copy of Caspa and Rusko’s FabricLive mix. It was unlike anything I had ever heard. At the time I was into Heavy Metal, so that Dubstep sound really resonated with me. From there I ended up googling artists and finding a mix from Ben UFO – this is like 2009. From that mix was when my love began; listening to the likes of Pangaea and Pearson Sound, it all sounded fresh and imaginative.

What kind of mediums helped you follow the U.K bass Scene?

A series of blogs. Over time SoundCloud was a big one. I started connecting with other producers and DJs from SoundCloud which was massively influential. Finding new music via the radio isn’t as much of a thing in the U.S. I was into mixes on SoundCloud, looking up the tracklist and downloading the tunes. 2012 I studied abroad in London; my personal connections with people blew up by going to clubs like Fabric and Corsica Studios. I was becoming more immersed in the scene.

Was there a community in the states for U.K bass music?

In the early years, no. A lot of my friends, international students, were into Tech House. I was one of the few into Night Slugs or Hessle Audio. Nowadays, I have more people in North America to connect with but in the beginning I was wondering if I would ever meet anyone.

What was your experience of the U.K clubbing culture?

The school I went to was Northeastern University. During the course I had the chance to go to Goldsmith’s College for my project – at the time I was heavily obsessed with U.K music, so I wanted to go to London. I met a guy who ran a YouTube channel called OOUKFunkyOO. We met up one day to go record shopping; we ended up going Fabric with a bunch of his friends. There was a Hessle Audio night with some crazy lineup that would never happen in the U.S.

In the states you’re lucky to get 2 headliners but in the U.K you can see 15 for 10 quid. That really changed the game to me in terms of what clubbing could be and what’s possible with the music.

Where does you starting to produce fit into all of this?

When I was in High School I was making music, not electronic but in a band playing a guitar. I got a copy of logic in my Freshman year making shitty trance beats. I then transferred to Ableton and was heavily into Funky and Dubstep at the time. So overall, it’s been 10 years.

How have you found going back?

I needed a day job. I can’t have a DJ career in America as there’s not enough consistent gigs for the styles of music that I play, and living in New York is disproportionately expensive compared to anywhere else. Flying around is more expensive than a train ride to another city. I think New York is a fertile ground with good parties. Reconstrvct is a party here which has shifted over the course of time to a more Bass-Techno sound – a quarterly event in a huge warehouse with 5/6 headliners, so feels just like a U.K event.

Another one is Club Night Club, a smaller party focusing on Timedance, Mistry style vibes. They recently had TSVI, Re:ni and Laksa– a great lineup; a rare one you don’t often see in New York. Having more one headliner is counter-intuitive here. There’s not a huge scene and you have to pay to fly them across.
There’s also Worst Behavior which is has jungle and footwork flavours: Hu Dat, Olive T and Fixate were there.

Dub-Stuy is a party with a big wooden custom made Sound-system. One of the best I’ve heard in North America. They focus more on the reggae, dub side which is amazing.

People complain New York is a lot of bad shitty Tech House and that’s not wrong but I’m sure that’s everywhere, London too.

Very true! It’s not a New York/London thing but something more indicative of that scene right now.

What next for you?

I had a slow start to the year. Last year I played like 28 gigs which to me is a lot as most are outside New York. This year I took the first 3 months to write a ton of music. At the end of last year, I had bad writers block. I’ve started my own label DRX, and the next EP is a collection of weird Bassy-Dancehall cuts. These days it’s easier to put yourself out there and people will find it, especially with things like Bandcamp.

I have two gigs in London- July 11th with the label I’m on Bun the Grid and 12th July playing at Eat My Beat. Overall working on releases and my music path for 2019 is pretty good, I’m confident with what I’m putting out and what’s to come.