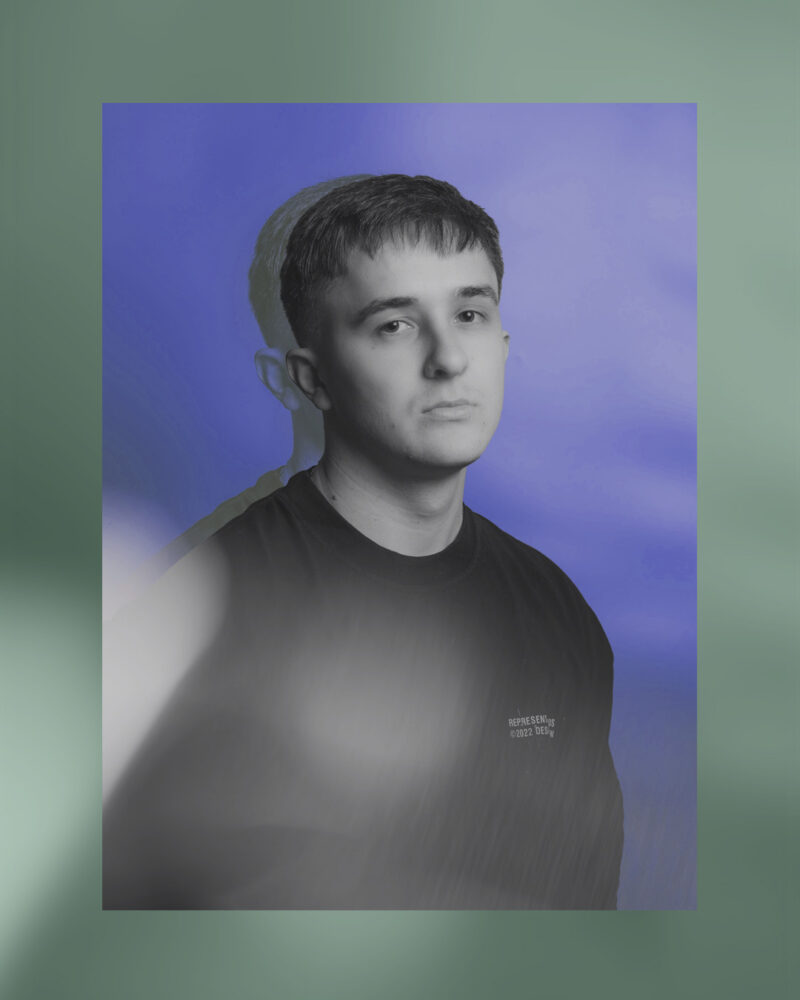 K Motionz has been making a name for himself over the past few years with his eclectic take on drum & bass.

His prolific release schedule ensured that his music was a constant for both ravers and fellow DJs with tracks like Infinite (Freedom) and High Note becoming firm favourites.

Ahead of his appearance at the debut In It Together festival this Jubilee Weekend, we caught up with K Motionz to talk about those tracks as well as discussing his debut album and a potential follow up, working with Wilkinson, looking forward to summer festivals, playing in Ibiza, exploring the darker side of d&b and what tracks he is smashing at the moment.

Your track Shutdown Season has been making waves since it came out. How has the track gone down so far?

Yeah it went down really well man! I really like to showcase my love for the darker style of Drum & Bass in the winter period. I feel it’s important to not just stick to one specific style 24/7.

How was the experience of working with Emily Makis on High Note and how has the track been received since it dropped?

Working with Emily was amazing, High Note was the first idea she sent me & I was hooked instantly, it really stuck in my head for weeks. I then knew it was going to be a big one. It got an amazing response doing great numbers everywhere, we also did a music video for it which was super fun.

Have you got plans to work with Emily again?

Funny you ask, we’ve recently just made something & I’m in love with it. Will catch myself playing it in my sets over the summer for sure.

You teamed up with Wilkinson for Infinite (Freedom) last year, how was it working with him on the track?

The whole team at Sleepless is really amazing, especially working directly with Wilkinson. He can really bring your ideas to the next level, he’s an amazing songwriter. Infinite (Freedom) went down super well which I’m so happy about!

The track came out on Wilkinsons Sleepless label. Will you be releasing more on the label in the future?

We are working on putting together something, yes!

You had a very prolific year in 2021 when it came to releasing music. Will this year be just as prolific for you?

I don’t plan on stopping any time soon. I’ve got a lot ready for the rest of this year, which I’ve been working on for a while. I feel it’s my best work yet. Expect some bangers!

Are you working on new music that you can tell us about at the moment or any forthcoming releases?

Really excited to get my track with Friction out in the summer. That’s gonna be great. Goes off every time I’ve been playing it, can’t wait for that one. Working on getting the new Emily Makis feature over the finish line too for a summer release.

Will you revisit and explore the darker side of your productions like you did on the One Night Only EP?

Have you had any thoughts about a follow up to your debut album The Evolution?

How was the experience of making that album?

I was really young when I made that album. It was a fun time for me, I was still in school and balancing it would be pretty difficult but I got there in the end. The sole purpose of the album was it was a turning point in my career, the ‘Evolution’ of my sound and since the album came out I feel like I’ve really focussed on putting my production quality first over anything else.

What tracks are smashing it in your sets the most at the moment?

You’re playing at a number of festivals including the In It Together festival in Wales in June. Are you looking forward to that one?

So excited for it, the Welsh ravers are mental!

What other festivals are you playing over the summer that you can tell us about?

So much to look forward to this summer! Secret Project, Nox. Electric Woodlands, Rampage Open Air, Hideout, Nass & so many more. Super grateful!

What sets at festivals have been the most memorable you’ve played?

There are so many that come to mind but last year I did Escape In The Park in Swansea and the energy was just incredible, everyone was absolutely having it. Amazing production too, shout out to those guys!

If you could curate your own stage at a festival, how would you pick to play and why would you choose them?

I’d have to pick who I’m listening to the most at the moment and that would be: Loyle Carner, Andy C, Chase & Status, Wilkinson, Tom Misch, Holly Humberstone, Kaytranada.

You’re playing at Louder Ibiza in August with Wilkinson and Bru C. Are you looking forward to that?

Yes! That’s going to be vibes. First time in Ibiza too, can’t wait.

Do you think that places like Ibiza are becoming more open to drum & bass, especially with events like that all summer?

For sure. Pretty sure everyone I know loves Ibiza and if there’s D&B there it’ll go hand in hand with the fans.

How was the experience of playing in New Zealand at the beginning of the year before it sadly got cut short?

So good! I got to do some shows before my headline tour got cut short because of covid but we moved. It’s just been rescheduled to September so I’m looking forward to that.

Where else do you love playing around the world and what makes it so memorable?

I love playing in Germany. I’ve been there a few times now and the people are so nice and the crowds are crazy as haha

Who are your biggest influences in drum & bass when it comes to both production and playing out?

It changes a lot because I’m influenced by so many people nowadays but I take inspiration from Wilkinson a lot, his recent album is amazing.

What are the quintessential d&b tunes to you? Tracks you’ll never tire of and define what D&B is to you.

Hmmm that’s a tough one but gonna have to go with, Mr Majestic – High Contrast & Calibre and Take You There – Chase & Status.

What have been some of the proudest moments of your music career so far?

Releasing my album. A massive turning point in my career. Releasing High Note too, I spent a long time on that track and it went down really well with the fans! Being able to play Rampage in 2019 also was incredible. 20,000 people in one arena is a pretty surreal sight!