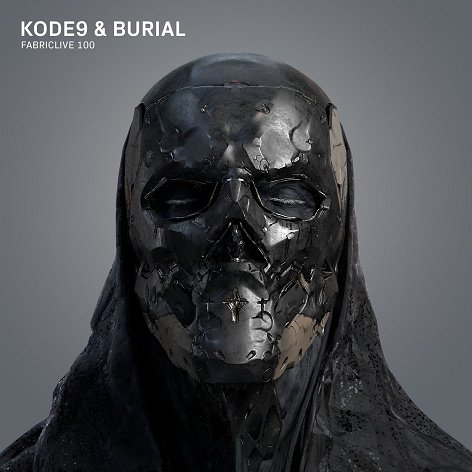 Fabric has been such a fixture on British club culture with such a formidable reputation and calibre of acts as well as ravers it attracts through its doors that it is apt that theses artists are represented with mixes.

The Fabriclive series of mixes has always been at the forefront of cutting edge music since the first instalment mixed by Mo Wax head honcho James Lavelle back in 2001. Since then the Fabriclive series has been an all encompassing document of UK underground electronic music particularly that of a bass led nature with the likes of drum & bass royalty Grooverider, DJ Hype and Andy C all releasing seminal documents early on with Kasra, Mefjus and Dimension keeping the d&b Fabric legacy going recently.

Grime, bassline, dubstep and beyond have all been well represented too with Logan Sama, Preditah, DJ Q and Kahn & Neek all having released well received mixes for the series while the legendary acts who have released Fabriclive mixes is unsurpassed with Shy FX, Goldie, David Rodigan and even the late, great John Peel putting in efforts. That is only the tip of the iceberg too and with 99 previous editions, there is so much to go back and explore and the full range of music covered is absolutely stunning,

To mark the landmark 100th edition of the series (and sadly the last edition, in its current form anyway), Fabric have turned to two of the countries most revered artists in Kode9 and Burial. In turns both artists are as enigmatic as they are celebrated and this mix turns out to be a celebration of their eclecticism as artists and one that marks the true eclectic nature of Fabric.

The atmospheric Untitled opening that starts this journey opens things up to a brilliantly hazy beginning but it is that atmosphere that quickly turns into something much more energetic with brilliant tracks by Cooly G and Julz Da Deejay being early highlights in the mix. From then on in it’s definitely a varied audio ride that takes in glacial techno, glitchy beats, anthemic and ambient soundscapes from across the globe combined more harsh fare with a cracking selection of grimes beats, classic and more obscure jungle and especially footwork later on signing things off in fine style. It’s definitely a wild ride but one that works seamlessly and definitely shows off the varied influences and styles of both producers with the likes of RP Boo, DJ Rashad , Luke Slater and Proc Fiskal rubbing shoulders alongside tracks by Jungle Buddha, Black Acid, Genecom and Intense. These selections are constantly inspired with DJ Spinns Make Me Hot into Kode9s remix of Mr Fingers Spy into the DJ Phil remix of Pink 33 Scratcha DVA in particular building the heat up midway through. The whole thing from start to finish feels special and definitely marks a moment in time and shows off both the musical insight of both artists and represents both the open minded and cutting edge nature of what Fabric stands for.

With both Kode9 and Burial being involved, their still remains an air of mystery as to who does what sections in the mix or if they are both involved continuously but that is part of the fun and it remains a pleasure to listen to these legendary figures in a British electronic music and both Burial and Kode9 certainly make sure that the fabled Fabriclive series definitely goes out with a defiant bang.