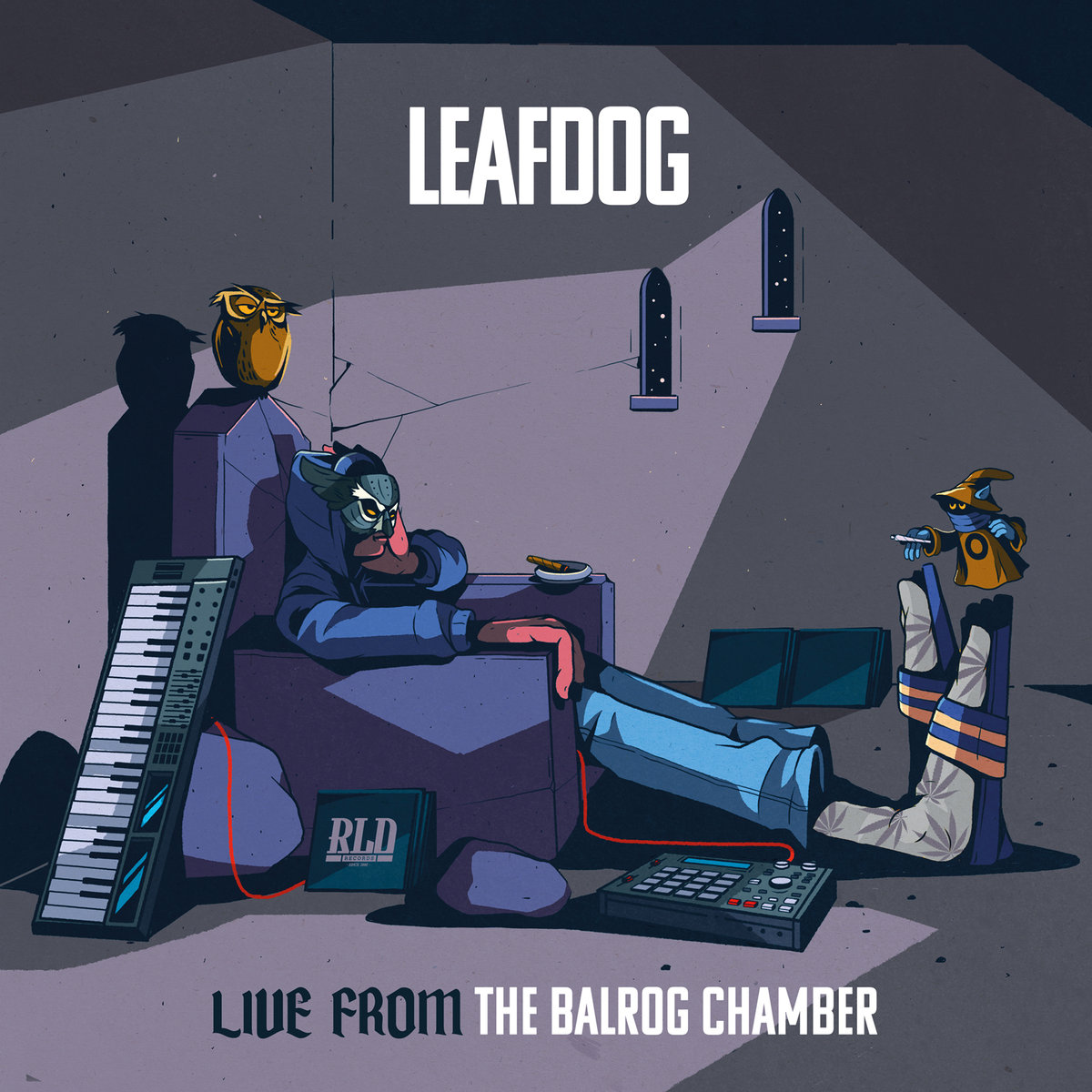 Fresh off the back of his 2019 album Confessions of a Crud Lord with Datkid, UK Hip Hop beat-maker and MC extraordinaire Leaf Dog has dropped his first LP of the decade, Live From The Balrog Chamber.

He is undoubtedly one of the finest Hip Hop talents the UK has produced and he continues these high standards with this new project released on Real Life Drama Records.

Featuring 18 brand new tracks featuring original Hip Hop legends such as Havoc of Mobb Deep and Grand Puba of Brand Nubian as well as UK legends and close associates BVA and Smellington Piff and many more.

A really fine body of work, but from Leaf Dog we would expect nothing less.

Available to buy now via the RLD Records bandcamp page.